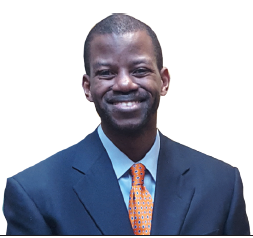 Sam is a 45-year-old male who presents to the behavioral health clinic for initial evaluation of depressive symptoms and anxiety that have worsened over the last few months. He affirms multiple stressors, including a recent job loss, divorce and grieving the loss of a loved one. He appears quite devastated by these recent tragic events and has contemplated suicide. When asked about his reasons that prevent him from harming himself, he lists several protective factors including his children, his pet and, most importantly, his faith in God. Upon further inquiry, the clinician discovers that Sam has experienced a spiritual struggle because some in his faith community have not been supportive of his decision to seek mental health services. One of the members of his congregation attempted to console him and said, “If you just had more faith in Jesus, you wouldn’t need to see a shrink.”

The dialogue mentioned above echoes throughout practice settings more often than we would like to admit. Historically, the relationship between psychiatry and religion/spirituality has evoked mixed emotions within both disciplines. Albert Einstein once stated, “Science without religion is lame, religion without science is blind.” However, the father of psychoanalysis, Sigmund Freud, held a different view. He has been known to compare religion to a childhood neurosis, calling it “infantile.”

As both a Christian and a psychiatrist, I have developed a true appreciation regarding the complexity of how a person’s religious/spiritual ideology can impact his or her mental health. I have been fortunate to hear countless patient testimonies of how faith and prayer life have allowed a person to keep a positive outlook on her or her illness. At the same time, I have also been quite perplexed by hearing about individuals who feel ostracized by their faith communities because of the stigma of mental illness that continues to permeate our society.

The genesis of this stigma seems to be born out of a lack of understanding for what mental illness truly is and what it is not. Mental illness is not just intermittent sadness or mood swings. It is a condition that is persistent, chronic and impacts a person’s overall functioning. Depression, for example, will be the second leading cause of disability by the year 2020, according to the World Health Organization. We would never accuse one of our church members of lacking faith in God if they developed a terminal illness like pancreatic cancer. It is amazing to me how the bidirectional link between a person’s physical illness and his or her mental health tends to fall on deaf ears.

Sam is in a tough predicament. He is being ridiculed by the same establishment whose foundation was built on the following principle: love thy neighbor as thyself. If we want to truly dissolve the stigma, then the opposing forces (known as the faith leaders versus the psychiatrists) must engage in a different type of dialogue. It is a dialogue that fosters collaboration, advocacy, hope and support for vulnerable individuals whose voices are not often heard. 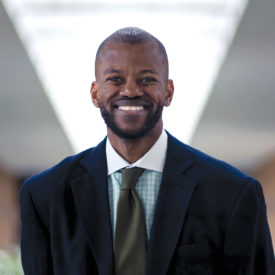 Dr. Frank Alexander Clark is a board-certified adult outpatient psychiatrist at Prisma Health-Upstate and serves as clinical associate professor at the University of South Carolina School of Medicine-Greenville. He considers his faith a significant factor in his psychiatric practice and is a member of Fourth Presbyterian Church in Greenville, South Carolina.