For five Sundays, the new worshipping community that I serve (New Life Triangle) did a series on why the gospel spells the end of racism. When I share this commitment, some share a concern that all of this social ethic is a new work-salvation – legalism dressed in the fashionable “justice” suit. The accusation comes in the cushion of a question. But I wonder if this suspicion of social justice is a symptom of what Dietrich Bonhoeffer called in his most famous work, “Cost of Discipleship,” cheapening of grace that shaves the Gospel into a single doctrine, Justification by Faith. Is the idolatry of Justification by Faith actually justifying injustice?

Dietrich Bonhoeffer published “The Cost of Discipleship” in 1937 when the Nazi’s consolidation of power was nearly complete. Four years earlier in 1933, Paul Von Hidenburg appointed Hitler as chancellor of Germany. When Hidenburg died on August 2, 1934, Hitler merged the offices of the chancellery and presidency and became a dictator with a national referendum held on August 19, 1934, crowning himself as Führer, sole leader of Germany. Many German Christians voted Hitler into power. Paul Althaus, a professor of theology and a leading Luther authority, proclaimed, “Our Protestant churches have welcomed the turning point of 1933 as a gift and miracle of God.” The Krystallnacht would follow next year, a pogrom that opened the floodgates to genocides.

“Cost of Discipleship” is not a political tract, but it is a prophetic one. In it, Bonhoeffer calls the church –the German church in particular, but with the whole Protestant church in purview – to repent for complacency breeding compromise. The church could not call out sin in the society because she thought she could do no wrong. The doctrine that produced this blinding hubris? The pride of the Protestant Church: Justification by faith. Bonhoeffer, like a good prophet, confesses the sin he judges:

It is true, of course, that we have paid the doctrine of pure grace divine honors unparalleled in Christendom, in fact we have exalted that doctrine to the position of God himself. Everywhere Luther’s formula has been repeated, but its truth perverted into self-deception. So long as our Church holds the correct doctrine of justification, there is no doubt whatever that she is a justified Church!

National politics is a complex amalgam and human motivation is convoluted and murky. Theology alone cannot be faulted for the rise of Nazism or German Christian’s fondness for Hitler. But theology has always justified actions, even if it is never the sole cause of them. Theology, by providing justification, acts like a soil, germinating and nourishing sympathetic policies and actions. Such influence of theology was more true in Germany where Lutheranism was its national heritage. Christianity was woven into its politics. The doctrine of justification created a culture where it was easy for Christians to laud the ascendency of Hitler.

The doctrine of justification gave the church “good” reason to disregard social implications of following Christ. For any concentrated effort of discipleship was work, and work was vilified as the most pernicious enemy in the new Protestant dualism: faith vs. work. Anxiety over sin was a symptom of the disease called legalism, so to follow Luther’s advice: pecca fortite¸ sin boldly. Bonheoffer warns that grace, cheapened into doctrine-of-justification, became permission to sin without consequence, not only for private sins, but for corporate sins as well. The Christian and the church were already justified. One need not fret over the immorality of certain Nazi practices. No need for true repentance, which requires deep introspection and costly reparation. After all, introspection and reparation has the odor of legalism. Trust in the doctrine of justification. The irony of the faith vs. work dualism was that in its emphasis on faith and fear mongering of work, it replaced the object of our faith (Christ) with faith itself.

What would the prophet Bonhoeffer say to the American church? Actually, we don’t have to guess. Bonhoeffer studied in Union Seminary as a Sloan Fellow 1930-31. After some classes and visiting prestigious white pulpits he wrote, “In New York, they preach about virtually everything; only one thing is not addressed, or is addressed so rarely that I have as yet been unable to hear it, namely, the gospel of Jesus Christ.”

But that disappointment was redressed through his friendship with Frank Fisher, a black seminarian. Fisher took Bonhoeffer to Abyssinian Baptist Church in Harlem where he heard Adam Clayton Powell Sr. preach. “Here,” he wrote, “one can truly speak and hear about sin and grace and the love of God … the Black Christ is preached with rapturous passion and vision.” He joined the Abyssinian Church and taught Sunday school. The term “cheap grace,” was not coined by Bonhoeffer. He borrowed it from Powell.

Grace, Bonhoeffer argues in his book, cannot be understood in the rigidity of the doctrine of justification but in the larger narrative of our calling as disciples. The book in Germany was simply titled, “Discipleship.” Only in that larger adventurous narrative of discipleship, a call to take up the cross and follow, can we understand Luther’s scandalous remark, pecca fortite.

As Luther saw it, “sin boldly” did not happen to be a fundamental acknowledgement of his disobedient life; it was the gospel of the grace of God before which we are always and in every circumstance sinners.

Luther was not encouraging sin. Luther meant to free the mind of the person mired in inaction by worries whether in seeking to do good, he was trying to prove himself. Luther wanted to unburden the person so concerned about the doctrine of justification and the charge of legalism that he wouldn’t pursue repentance and righteousness with any zeal. Sin boldly meant seek repentance and righteousness zealously, because of course your purest zeal is still filthy rag. So don’t worry about justification and just obey. The most faithful way to protect the doctrine of justification is to not defend it, but to simply live “on” it.

Bonhoeffer himself lived this maxim out, and sinned boldly by participating in the dismantling of Nazism through the attempted assassination of Hitler. Bonhoeffer was a pacifist, and this decision cost him his conscience. He was found guilty of treason and hung. He neither judged his more passive pastors nor shrank away from what was required of him. He obeyed and trusted Christ with the justification of his sinful but full obedience.

Justification by faith gives us courage to obey Christ’s mandate at every level, personal and social. To dismantle the racism of our days, we need some more bold sinners. 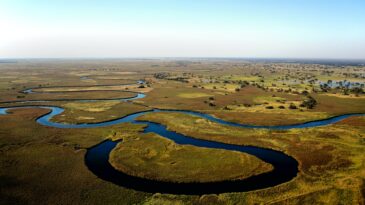 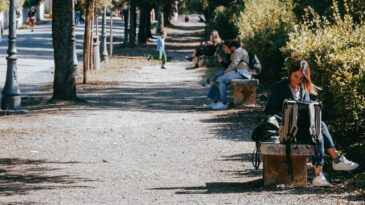 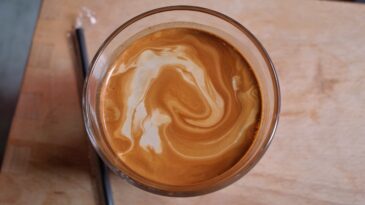