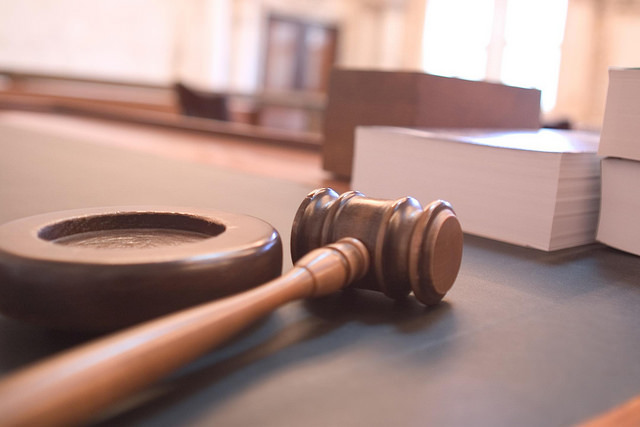 A Kentucky Court of Appeals panel has upheld a state court ruling dismissing the defamation lawsuit that Roger Dermody brought against the Presbyterian Church (U.S.A.).

In a July 28 decision, a three-judge appeals court ruled that the lower court was correct to apply the ecclesiastical abstention doctrine, saying that not to do so would involve “excessive government entanglement into an ecclesiastical controversy.”

Dermody, the PC(USA)’s former deputy executive director for mission, filed the defamation lawsuit in state court in May 2015 when he and three others – Eric Hoey, Philip Lotspeich and Craig S. Williams – lost their jobs following an investigation involving a $100,000 grant sent from the 1001 New Worshipping Communities program to a nonprofit corporation set up in California.

An internal PC(USA) investigation determined that the four had violated the denomination’s ethics policy in their handling of the matter.

All of the money was repaid, and Linda Valentine, former executive director of the Presbyterian Mission Agency, has said none of the four acted for personal gain. The 1001 program is the denomination’s effort, endorsed by the 2012 General Assembly, to create 1001 new worshipping communities from 2012 to 2022.

McDonald-Burkman wrote in her ruling that for the court to make an independent assessment of whether Dermody had committed ethics violations “would necessitate interpreting court doctrine and policies, which is impermissible under the Ecclesiastical Abstention Doctrine.”

“Dermody argues his claim can be resolved in his favor without any inquiry into church law, policy, or practice,” the ruling states. The complaint Dermody filed against the PC(USA) alleges that “the church ‘repeatedly and falsely published that Dermody had engaged in ‘unethical’ conduct” – citing specific examples.

In order to be actionable, the appeals court ruled, the language that Dermody cites in those examples must “be both false and defamatory.”

The ruling states that in October 2014, Dermody signed a statement acknowledging that he had received an employee warning stating in part that his failure to follow Presbyterian Mission Agency policies “was determined to be a violation of the PMA Ethics Policy.”

“The Warning states that the employee’s signature does not indicate agreement with its content,” the ruling states. “It also includes a section captioned ‘Employee Remarks’ where Dermody wrote that he did not believe any of his actions were unethical,” although he did not file an appeal of the warning.

To determine the truth of the PC(USA)’s contention that Dermody “had committed unspecified ethics violations” would require the court to “review the determinations of an ecclesiastical body applying its own ethics rules. We cannot do that,” the appeals court ruling states.

The appeals court ruling also states that “we are not invoking the doctrine simply because this appeal involves a church. We have carefully examined the issue and have determined we cannot provide Dermody the relief he seeks without excessive government entanglement into an ecclesiastical controversy – that controversy is the disagreement between a minister and his church about what constitutes unethical conduct by one of that church’s ministers.”

The ruling also states that the appellate panel was not convinced by the argument Dermody made that even if the PC(USA) had determined that he had violated its ethics policy, the implication “to the general public that Dermody had acted unethically is not the same thing, and is not inherently true.”

In oral arguments June 26, Dermody’s lawyer, Stephen Pence, argued that Dermody did nothing dishonest or deceitful – which is what “people in their common, everyday language” think of as unethical.

While the denomination might say that Dermody violated its ethics policy, it’s defamatory to say “he had actually engaged in any unethical conduct,” Pence said. “He did not. … There was no dishonesty. There was no deceit.”

In a concurring opinion, Combs wrote: “The trial court properly applied the ecclesiastical abstention doctrine, which effectively results in a kind of immunity to religious congregations in the management of their internal doctrinal affairs. It is also clear that regardless of the existence of the immunity, the tort of defamation cannot be proven because truth as to the matter at issue is an absolute defense.”

But Combs said, “I write separately to articulate my concern about the disregard of Dermody’s reputation demonstrated by the conduct of the Presbyterian Church. Dermody is an ordained minister of the Presbyterian Church. His firing from his high administrative position within the church was admitted to have been the result of the violation of administrative policies as distinguished from any moral turpitude. His managerial abilities were placed in question – but not his fundamental character.”

Combs wrote: “Dermody now bears the inevitable burden of re-establishing a good name that was needlessly sullied by the church’s failure to report his true shortcoming: that of being a poor manager rather than a corrupt or fallen cleric. Despite its secure position on legal grounds, the church should have done better as a matter of conscience.”