I’m listening to the silence.

The rest of the country seems to be on fire with revelations involving sexual misconduct, violence and harassment. #MeToo echoes everywhere, like a round being sung with new voices constantly joining in, more every day.

The church, however, isn’t saying much. In a church that draws on the prophetic tradition and claims to stand for justice, that silence is loud.

Remember: People come to worship for an hour on Sunday, but they live in the world. I’m the mother of two young adult daughters. I assure you, almost every woman I know, from the grandmothers to the 14-year-olds, has a #MeToo story. I remember the phone call I got when my daughter was assigned to take a class with a particular high school teacher with a reputation. He was the only one teaching that AP class, so her option was to take it from him or not take it at all. A friend who has a daughter a few years older called me up and said, “Let her take the class, but talk to her. Tell her never, ever to stay after class or be alone in a room with him.” She warned me, and told me to warn my daughter.

So I told my 16-year-old daughter never to be alone in a room with this educated, professional, ordinary-looking man who had a hard time keeping his hands to himself. That was the price, it seems, for a good female student keeping an academic opportunity.

The mothers knew. The daughters knew. We looked out for one another.

The school didn’t talk about it.

Most of the parishioners in churches are women. And if the experience of women in churches is anything like that of women anywhere else, from New York to Hollywood to small-town Alabama, the pews are full of #MeToo stories.

These women have deep connections with other women and, I promise you, virtually all of them know women firsthand who have been raped, propositioned, dismissed, disregarded, catcalled, harassed, touched when they didn’t want to be. At work, they have been denied opportunities and equal pay because they are female; if they complained about harassment, they were told they were too sensitive and didn’t have a sense of humor.

The women in the pews have lived it. Those closest to them – their mothers and daughters and sisters and best friends and co-workers – have all lived it too. When things got really bad, they have held each other and wiped away the tears and the blood, provided a safe haven to let loose the anger and the shame and the pain.

They sit in the pews; they follow the news. And some of them are asking: Why is the church not talking more about this? Because – let’s be clear – everyone else is.

Traveling recently on back-to-back work trips, the news seeped into my consciousness in spurts.

Accusations that Alabama Senate candidate Roy Moore had made sexual advances to underage girls. Pastors defending Moore and evangelicals saying they would vote for him, no matter what.

Photos of Keurigs smashed on the ground.

A journalist posting on Facebook her story of being called “spawn of the devil” by a church leader after she broke a story years ago about a bishop who, along with other men in his family, had sexually preyed upon women.

The Senate majority leader, Mitch McConnell – the opposite of a flaming liberal – saying he believed the women, and that Moore should withdraw from the race.

I’d just come from a meeting where Presbyterians talked for three days about creating a vision statement for the Presbyterian Church (U.S.A.), a meeting that included a long conversation about six words – courage, compassion, justice, relationship, hope and love – and the weight they might carry in speaking about Presbyterian identity.

During a question-and-answer session at the Covenant Network of Presbyterians’ national conference in Baltimore on Nov. 10, a man brought up “the pain that has spilled out” in the #MeToo national conversation, asking Denise Anderson, co-moderator of the 2016 General Assembly, “What does the church have to say to these women?”

Anderson gave a multipart answer – starting with a challenge to the PC(USA) to “go deeper to look at ways we are not doing right by women in our systems.”

She spoke of gender pay inequity for pastors; about men who remark on the hair, clothing and appearance of women ministers. And “a lot of those #MeToos, my brothers, were women who experienced that in leadership by church members,” Anderson said.

Marcia Mount Shoop, a pastor from Asheville, North Carolina who has spoken publicly about her experience of being raped as a teenager, wrote this in a recent blog post (quoted with permission of the author):

“I have had male parishioners comment on my clothing and appearance almost everyday of my professional life. I have had a male colleague with lesser training than me say, “why do you think you should be able to call yourself Dr.” When I pointed out that I have a PhD so that is an appropriate part of my title, he did not relent with his judgment that it was arrogant of me to use that title. I have had male colleagues in positions of power over me in the church sexually harass me. I have had a male parishioner try to get me fired because I am just a “cheerleader” in the pulpit. I have had men come in the church after hours and block my office door with their bodies while they asked me for everything from money to personal information to a date. And that is just a partial list of what the church has taught me about women in ministry and the nature of our power.”

The #MeToo conversation in the church needs to move beyond describing only gender inequity and sexual harassment involving women in ministry (as significant as that is, it’s a small part of the big picture) to speaking directly to the experiences of people in congregations as well.

What’s the price of silence?

Many of those telling their own #MeToo stories have held their silence and their shame for years. What does it mean to be a place where the brokenness is made holy – where those stories are intentionally spoken out loud, and where the telling is met with grace?

I have also noticed, in writing about cases of pastoral sexual misconduct in the PC(USA), that this subject makes the connectional church tremendously uncomfortable. There are so many bonds – people who have gone to seminary together, worked together, served on committees with each other, on and on. I’ve been part of countless conversations where Presbyterians traced their common lineage of family, seminary, professional and congregational connectedness.

That connectional system brings many strengths, but truth-telling regarding sexual misconduct often isn’t one of them. I have written stories about some of these cases – painful stories, in which abuse survivors, some of whom were children or teenagers at the time, have told of how what ministers did to them drove them from the church and ruptured their relationship with God.

Too often, these stories are met with silence.

Certainly, there are privacy concerns and procedures to follow and reasons for why things are done as they are. But when it comes to sexual misconduct and harassment and unwanted touch and words inside the church, the price for silence is extraordinary – just ask the Catholics.

I’m also sure that some PC(USA) ministers have preached courageously about #MeToo; shared their own stories publicly; shown the very best of the church when, privately, women and men have poured out their pain telling their own stories of rape and incest and harassment and more. Churches and mid councils teach about boundaries and require training for those working with children and youth. The Synod of Lincoln Trails is considering convening women ministers and commissioned ruling elders in early 2018 to discuss experiences of sexual harassment or abuse in the church.

So there are some glimmers. But is it enough?

There has not been nearly the groundswell of people asking what the church should say in response to #MeToo as there was after the white nationalist rally in Charlottesville last summer, for example.

In some congregations, not a word has been spoken at this most opportune moment – leaving hanging like a star in the sky the question the man asked Anderson in Baltimore: “What does the church have to say to these women?”

People are listening to see if the church cares about this issue that has shaped the personal and professional lives of so many women. They want to know: Will the church speak the truth about this? Can we make room to talk about this?

Also: Is there space in this church for me to be real, to be honest and whole?

The silence is really loud. 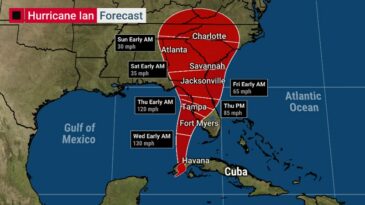 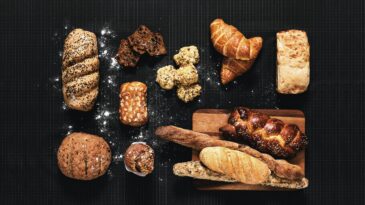 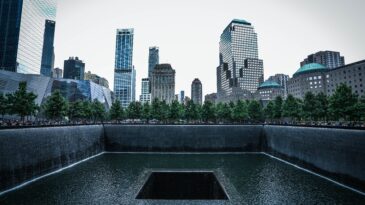