Several months after my congregation, Second Church of Kansas City, Missouri, called Paul Rock as pastor/head of staff in 2010, he asked me to chair a task force that would create a vision for our future.

About seven months of hard work later we produced what we called our GPS Report. Normally GPS stands for Global Positioning System, but for us it meant God’s Purposes for Second.

We said in the report that in a few years it would be necessary to do this kind of report again, to rethink our context, to see who we are now as a church, to discern where God’s restless, peripatetic spirit was leading us. We knew, in other words, that we were creating a temporary document designed to catch the Spirit’s current breath in our sails.

So recently Paul, I and our associate pastor, Kristin Riegel, met to review what’s happened since our 2012 report was released and to think about how next to proceed.

The good news for me is that someone else will get to chair our next major visioning task force. The great news for the church is that our leaders know that we can’t sit still and wait for the future to come to us. Any congregation that takes such a passive approach will find itself drifting toward its death.

What surprised and pleased me as we looked over the last six-plus years was that we seem to have accomplished the vast majority of our GPS recommendations. And because of that, Second Church looks quite different from what it looked like in 2012.

Our deacon-led pastoral care system is much broader now. Our mission outreach is more focused. Our internal and external communications are considerably more extensive and high-tech. Our children’s and youth ministries have been remarkably re-energized. And we’re planting a new dinner church that’s reaching people who have no interest in traditional worship.

Besides all that, we just successfully completed raising $2.6 million for a capital campaign that reached its goal when one of our members walked into the pastor’s office, declared himself or herself thrilled with the direction of the church and wrote a check for $500,000.

So I immodestly declare that our GPS report put us on a good path to a new future. And I urge other congregations to engage in this kind of visioning process, rooted in Scripture and prayer, attuned to modern survey methods, transparent to all members of the congregation and open to surprising futures that can send member-workers outside the walls of the church.

But won’t this kind of work stir up controversy and upset some members?

Of course it will. That’s one way you know you’re doing it right. If every member of our congregation agreed with everything in our GPS report it would have meant the report was pablum and, thus, useless in adapting to the future to which we sensed God was calling us.

We’ve had members leave upset that our worship doesn’t feel like it did 10 or 15 years ago. We’ve had people turn off because they weren’t happy with a music program that doesn’t rely as heavily on traditional sacred music, sometimes turning instead to such songs as “For Good” from the musical “Wicked” or Leonard Cohen’s haunting “Hallelujah,” sung by a member of our youth group.

I’m sorry for the pain of people whom the GPS report disturbed. But there’s no way for churches to remain vibrant without finding new ways to tell the gospel story, introducing people to Jesus Christ so they can be transformed and help transform the world.

If your congregation hasn’t reimagined its future in this intentional way, why wait? The task must be redone every three to five years. My congregation is a year behind that schedule, but we’re on our way again. And I can’t wait. 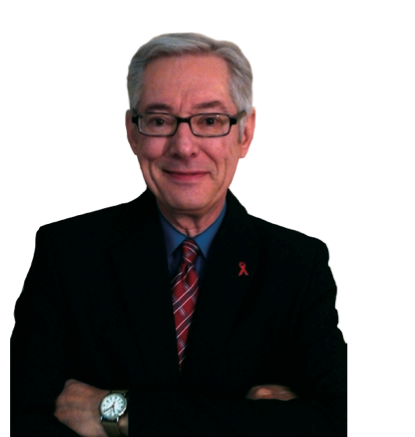 BILL TAMMEUS is an elder at Second Church in Kansas City, Missouri, and former Faith columnist for The Kansas City Star. Visit his “Faith Matters” blog (billtammeus.typepad.com). Read about his latest book (amzn.to/29F2bmP). Email him at wtammeus@gmail.com.