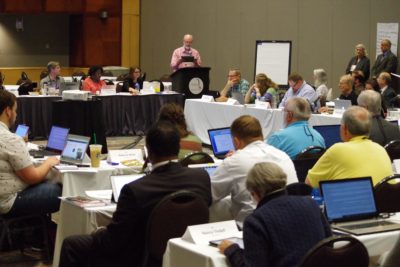 ST. LOUIS — The General Assembly’s Middle East Issues Committee sped smoothly through much of its agenda June 18. The only close votes were on a measure that calls on congregations to support grassroots peacemaking efforts and one that takes the RE/MAX real estate company to task for persisting in marketing property in Jewish settlements in the West Bank and East Jerusalem. 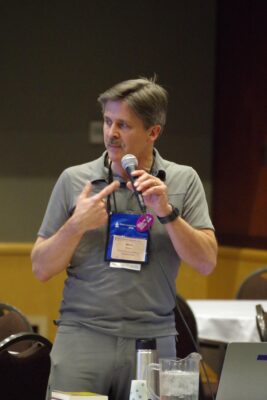 Before endorsing this commissioners’ resolution, committee members questioned what the term “grassroots” peacemaking really means and examined arguments against the resolution offered by several advisory groups within the Presbyterian Church (U.S.A.). One of them, the Advisory Committee on Social Witness Policy, accused the resolution’s authors of setting up “a false dichotomy between policy and grassroots action.”

After deleting some other language that some members found puzzling, the Middle East panel voted 29-25 to send the measure forward to the General Assembly.

The committee voted 31-22 for an overture from the Presbytery of the Redwoods after learning that — for the second time in a row — RE/MAX had waited until the day before a Presbyterian General Assembly convened to send a letter explaining its reasons for continuing to sell property in areas where Jews only could buy it. 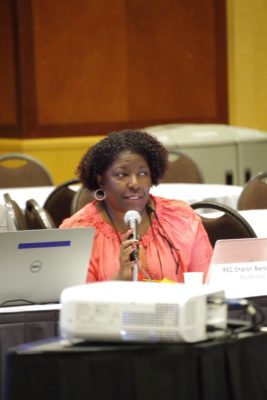 In 2016, just before the previous General Assembly, RE/MAX founder and then CEO Dave Liniger announced that the company would stop receiving revenues from settlement properties. That year’s assembly responded to what it considered a show of good faith by RE/MAX by calling on the company to “do everything within its legal and moral power to stop facilitating the sale and rental of property in Israeli settlement colonies.”

Since then, however, RE/MAX’s Israeli franchise has continued to rent and sell settlement houses. David Jones, a ruling elder from the Redwoods Presbytery, showed this year’s committee members a letter from a RE/MAX official, dated June 14, that claims the company is “constricted in our ability to influence the operational policies” of RE/MAX offices in Israel.

Jones said it appeared RE/MAX had engaged the PC(USA) in “a financial shell game.”

In addition to repeating the earlier appeal, the new measure calls on RE/MAX to exclude settlement property listings from its global database and to call on RE/MAX Europe to  stop its franchises from selling or renting property in Israeli settlements.