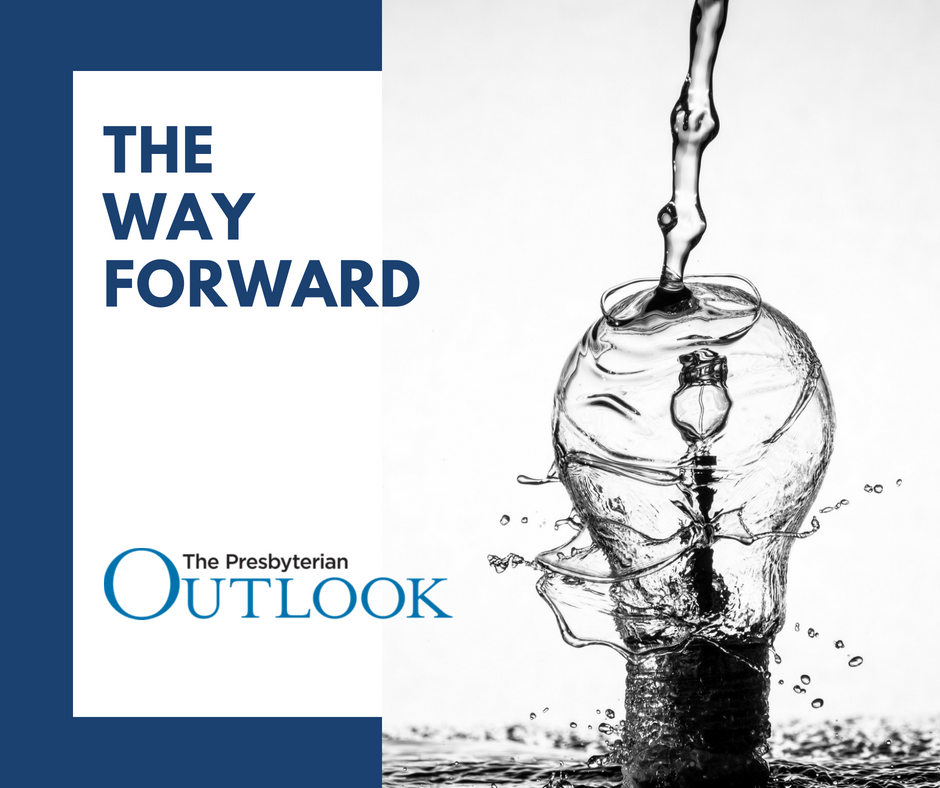 The Way Forward Commission met on June 12 to take administrative action regarding issues of trust and transparency in the Presbyterian Church (U.S.A.) – apparently responding to imbalances it has detected in the way things have been operating in the national church.

The action (leading with the affirmation that “God alone is Lord of conscience”) addresses what information can be openly shared after a closed or confidential meeting of a denominational entity, and the ways in which staff and board members can express their views regarding information that’s not restricted “without real or implied threat.”

The action also addresses the importance of transparency regarding the denomination’s financial information regarding budgets and the source and use of funds.

The administrative action states that “there has evolved a practice within certain denominational entities of restricting access to the full detail of financial information, even among staff who are responsible for a particular area.  The guiding principle should always be towards full and complete disclosure of all accurate and verifiable information, with exceptions made sparingly.”

In its action, the commission cites some of its reasoning, stating:

“Over the past decades, becoming particularly acute in recent years, there has been an unwritten practice in some of our denominational agencies – perhaps put into place with the best intentions from experience in non-ecclesial or corporate contexts – that has resulted in an unhealthy institutional culture in our denomination at the staff and board levels of fear and intimidation with respect to limitations on free speech, freedom of conscience, and disclosure of information, unwarranted suspicion and claims of disloyalty, and non-compliance with the spirit of our denomination’s open meeting policies.”

The commission’s action states that restrictions on free and candid speech, particularly when accompanied by intimidation and threats of termination or legal action, “are all unconscionable at the Lord’s Table.”

In its discussion, commission member Jo Stewart asked Hostetter to explain why the proposal was being presented, and “why now?” – questioning why the commission hadn’t discussed it earlier, such as when it approved its administrative supplement June 5. Hostetter responded that the commission has previously discussed matters involving the institutional culture at the Presbyterian Mission Agency – “its been an undercurrent to our work” – and that PC(USA) staff members have described their sense of unease “in terms of how they are able to communicate and express their opinions.” Hostetter said, “It seems to actually be the right time” to take action, with General Assembly approaching.

The commission’s action lists limits on confidentiality – stating, for example, that a matter can be discussed in closed session when it involves pending or threatened litigation, but not litigation that is “merely possible.”

It also states that staff and board members can discuss their personal views on matters that fall outside the restrictions, without fear of sanction or retaliation. There are some limits there too.  The action states:

“In speaking our truths and expressing our opinions, individuals should also act with prudence, respect, humility, discretion, love, and an acknowledgement that authority for decision-making for particular matters is placed in particular individuals or entities. Individuals that have taken on specific roles at the General Assembly – resource people, platform and committee assistants, parliamentarians – by taking on that task have in effect chosen to limit their right of conscience in order to assist the assembly in its tasks, and therefore have a separate duty to refrain from attempting to influence the opinions of commissioners during the Assembly. Further, agency employees attending an Assembly should not use their presence to attempt to revisit internal agency decisions with which they disagree.”

Here is the full text of the commission’s action: WFC Action 061218