Some six months into the COVID-19 pandemic, Presbyterian congregations are facing economic uncertainty and questions about whether to worship in person, particularly as cooler weather curtails outdoor services. What to do about Advent and Christmas? What about next year’s budget? How much longer will this go on?

At roughly the six-month mark, there’s no one answer to the question, “How are Presbyterian Church (U.S.A) congregations doing?” Some are struggling and may close; some are finding new bursts of creativity in ministry.

A recent report from the Lake Institute on Faith & Giving – a snapshot based on a survey of 555 congregations conducted in July 2020 (a survey that was not randomized or representative) – found the pandemic having a mixed impact on local congregations.

Since the beginning of March, a little over half of the congregations (52%) reported an increase in worship participation. About 4 in 10 (42%) reported that donations were down, with Catholic parishes and small congregations (those under 50 members) reporting declines in participation and giving more than other churches. Just over half (52%) said they hoped to keep their budgets at the same level in 2021 as this year.

While not comprehensive in any way, conversations with a few presbytery leaders around the country revealed the breadth of what they’re seeing — from exhaustion and worry to collaboration and new energy. The situation is contextual as well, depending partly on local regulations and how hard the pandemic has hit the region.

Here’s what a few mid council leaders are seeing on the ground. 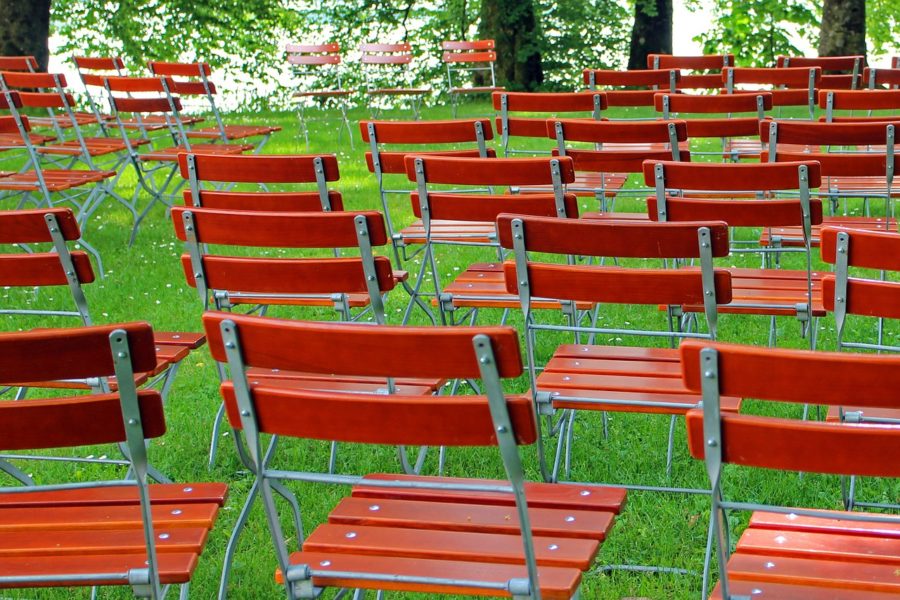 In the Presbytery of Newton, most congregations continue to worship remotely, and the presbytery insists that congregations wanting to move to in-person worship present a reentry plan for review.

“We’re in New Jersey,” said Jeanne Radak, presbytery leader. “Not only did we lock down, but we got hit hard, right from the get-go. … People are pretty cautious, because they lost members of their church.” Two pastors in the presbytery were diagnosed with COVID-19 — one with a milder case, but the other “had to go to physical therapy to learn to breathe properly again,” Radak said.

From the beginning, the presbytery cut program costs and other expenses, and set up a fund to assist small congregations if they were having trouble paying their pastors. So far, only one has used that fund – a little country church with a few families, which relies on fundraising – “chicken dinners and that kind of thing,” Radak said.

Most of the others say “we’re doing OK right now,” she said. “Our per capita giving from the churches is down some, so that’s kind of an indicator. Churches will pay per capita last,” and either don’t have anything extra to send or “they’re being really cautious and kind of waiting.” Some report “the giving has been right on target or above. Those are the churches that remind people (to give) and ask, and tell their stories.”

Radak said the presbytery “took the step nobody wanted to do” — deciding this year it will only pay the amount of General Assembly per capita it collects from congregations. Newton typically collects about 83% of per capita from congregations, and the presbytery makes up the rest from mission giving. This year, “mission giving has just dropped off the cliff,” Radak said.

Despite the financial pressures, Radak sees creativity in the way the presbytery’s 58 churches have responded to the pandemic.

One congregation has about 50 people worshipping inside, nearly as many watching outdoors on a big screen and others participating from home via livestream.

At a smaller congregation – “a tiny little church in a tiny building,” Radak said – the three-person session divided up the list of members, and began to call each person on the list, once a week. The pastor – in his 80s and with health issues – calls everyone once a month. The members of the congregation got iPads (some using their grandchildren for technical advice) and, at the same time on Sunday mornings that they would normally hold worship, they watch the worship service from the Presbyterian church in Morristown. Then they call each other to talk about the service.

Early on, there was concern that “they’re not going to make it,” Radak said. “But they’re doing fine.”

Another congregation with a big field adjacent to their building put a sound system on a hay wagon, and people socially distance on chairs outside for worship. Some congregations have paired up and at times switch off leading worship every other week.

Despite that attitude of innovation, “I would say those first three months, the pastors were exhausted,” Radak said. “Having to lock down so tightly. Dealing with kids out of school and dealing with all the deaths,” and not being able to visit parishioners in hospitals or nursing homes.

Six months in, “people are starting to figure it out. … It’s better, but people are still really tired.” 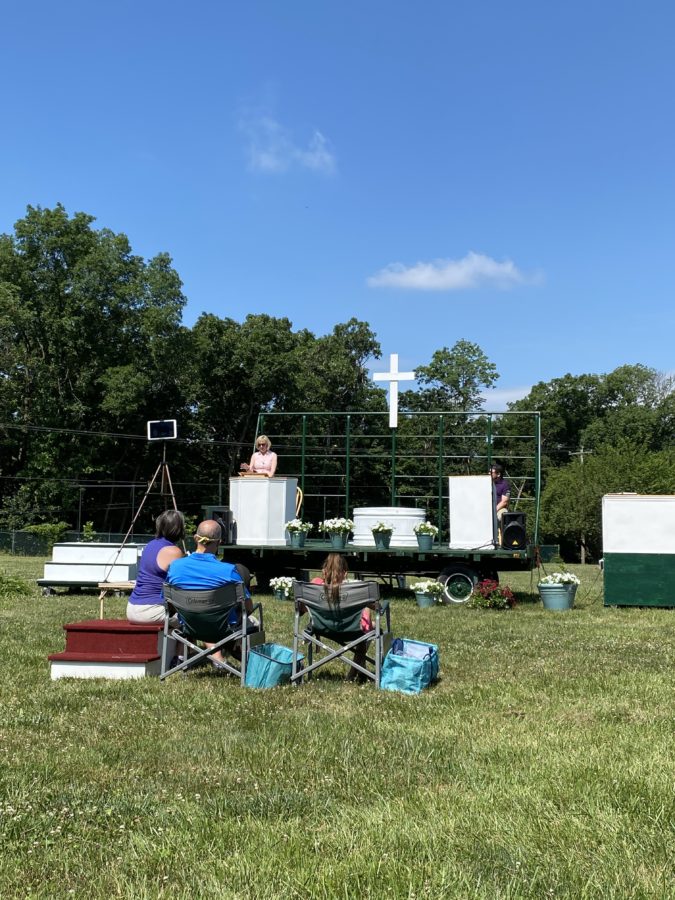 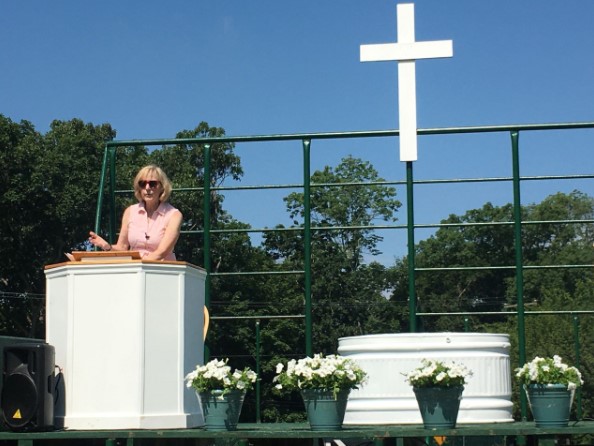 In some churches, the loans helped stabilize congregational finances — and helped local businesses and church members keep their jobs. “It helped the economy all across the board,” Blodgett said.

During the first three months, many churches in the presbytery reported that “giving was at or even above normal levels,” he said. And in some cases, costs were down — with the buildings shut down, some costs associated with programs dropped too.

Not all congregations are doing well, however. About half the churches in the presbytery couldn’t react quickly enough or didn’t have the resources to apply for PPP loans, Blodgett said. Particularly for small churches, there have been “very uneven impacts.” Congregations that already had online giving systems in place before the pandemic tended to do better.

The presbytery and Synod of the Sun have provided technology grants and other assistance to congregations that needed extra help, Blodgett said.

And some have even taken this time to expand their ministry —for example, a congregation in Cleveland, Oklahoma, applied for a Presbyterian Disaster Assistance grant to expand its ministry of addressing food insecurity, recognizing that the need was rising as people were losing their jobs. In Tulsa, John Knox Presbyterian switched its monthly dinner ministry from in-person to drive-through meals.

As the pandemic stretches on, however, the financial impact is becoming more evident.

As the PPP loans have run out, “more churches have concerns about finances than initially,” Blodgett said. The presbytery sent out a survey asking about congregational giving, and he was pleased to find that most reported either no change in donations or decreases of less than 10%.

Giving to the presbytery is down about 15% from the start of the year through the end of July.

In Eastern Oklahoma Presbytery, about half of the congregations have returned to some form of in-person worship — either outside or socially distanced indoors, typically with an online component as well, Blodgett said. 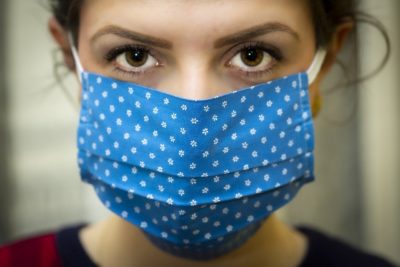 For pastors, some of the top stressors are “pressures around reopening and what that means,” Blodgett said. “Everybody would like to go back to normal. There’s a lot of pressure despite the high numbers and the increasing numbers (of coronavirus infections) we have here to return to the way that everything was before. Pastors and even sessions have had trouble navigating that” — some pastors feel pressure based on what local congregations from other denominations have decided to do.

In one case, “there was very strong pressure” to worship in person, he said. “Everybody else in the town was meeting in person.” So the Presbyterian congregation started in-person worship; before long, the pastor tested positive for COVID-19. He is recovering, but some in his family “very narrowly missed being hospitalized,” Blodgett said.

Every Tuesday, the presbytery invites pastors to join a virtual meeting to share joys, concerns, ideas and best practices. “The pandemic immediately put us into a different mindset,” Blodgett said. “It went from ‘I’m doing ministry on my own’ to ‘we’re doing ministry together.’ ”

On this day, Edmiston had just completed what she called a “come to Jesus” conversation with a congregation that may be closing. “They have been a great church in their time, but they haven’t changed with the neighborhood,” she said. “They have had all kinds of opportunities to do new, creative things … and they’ve turned them down through the years. I think it felt too scary. It felt too different.”

For this church, already in peril, the pandemic may have forced the decision.

That’s what she’s seeing overall: churches that were struggling before the pandemic are having a hard time; those that were finding life in ministry are doing better. “Some of our little tiny churches — they are richer than they ever were in April,” Edmiston said. At some bigger churches already accustomed to online giving, “people just stepped it up.”

One small church can’t afford a full-time pastor, but “their online worship is fantastic” — with children and adults sending in video clips to participate.

Others “are terrible. They are so boring,” Edmiston said. “There’s almost no effort. It’s not that they don’t love good worship. They don’t have the capacity to do it. A church with an entrepreneurial culture before still is entrepreneurial” — such as the one that, instead of sermon one Sunday, organized an online a hymn sing with members playing instruments and singing along from their homes.

Often those struggling are “the churches with a very narrow vision of who they are,” Edmiston said. “They are terrified that nobody’s ever going to come back into their sanctuary again, or if we don’t start Sunday school soon, nobody’s going to come.”

Some worry that “people are just going to get used to having worship in their pajamas and they won’t come back.”

Others find the pandemic has made them surprisingly connectional.

Some months ago, the presbytery received a bequest and, once the pandemic hit, got permission from the family to use it for technical equipment and consultants, who are paid by the hour to help smaller congregations figure out how to set up screens and microphones and everything else needed to do virtual worship.  The costs are relatively low and “it builds such goodwill,” Edmiston said.

Also, “a lot of our little rural churches have some tech people as members” — people with flexible jobs who moved outside of the cities well before the pandemic to work remotely from someplace beautiful or close to family, and who are now are offering their expertise to support their congregations.

At one conservative-leaning church, a young woman decided that, after George Floyd’s killing, she and a friend wanted to conduct an online Bible study on racism. “This young woman has been a leader in the church and it’s all on Zoom, so people feel safer,” even engaging with a difficult subject, Edmiston said. About 40 people are participating in the Bible study, including people from out of town and a Hindu family.

Post-pandemic, some people may still choose that kind of flexibility, Edmiston said — maybe to worship at one congregation, participate in a Bible study at another, hold at least some presbytery and committee meetings online. “Maybe I’m just looking at it through rose-colored glasses, but it feels more connectional, it really does,” she said.

She does expect that “Christmas is going to be really tough” – that’s when people really want to be together.

One prediction: Look for Christmas Eve services outside. With candles.