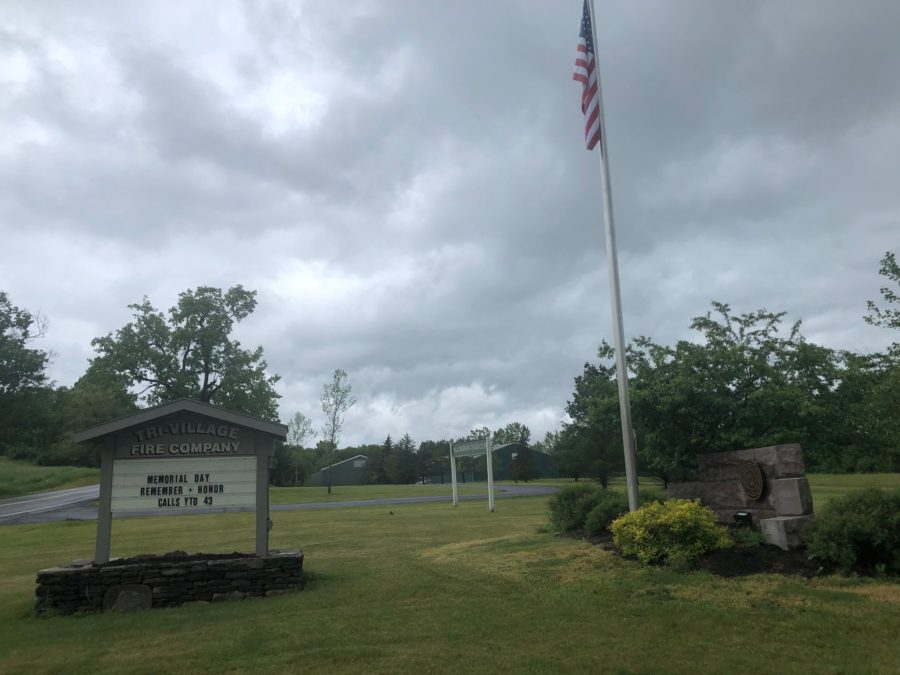 On the last Sunday of May, after the Indianapolis 500, after family dinner, as the sun was setting over the peaceful Hudson Valley, I went down to the fire station where I serve as an EMT to finish preparing for Memorial Day.

Earlier in the week, I had put these words on our sign: “Memorial Day: Remember + Honor.”

In the fading light of Memorial Day eve, I lowered the American flag to half-staff to honor those who served, especially those who died in the service of their country.

Ours isn’t a military family. I had a high number in the Vietnam draft lottery. My sons haven’t faced the draft. We don’t shoot guns or tell war stories.

But I hope we are a respectful family and a grateful family.

I hope we respect those who did serve in the armed forces, giving up years of their lives, some giving up life itself, when their nation called.

I hope we are grateful for the freedoms we enjoy, which the brave helped to preserve — the freedoms that cowardly demagogues and insurrectionists threaten to steal.

One of America’s great strengths is how our military behaves: under civilian control, sent into battle as a last resort and not as an opportunistic response to a rival’s weakness, and governed by a code of conduct that stresses honesty, honor and restraint in the use of force, and magnanimity toward the fallen on both sides.

Our stories about valor aren’t stories of blood-lust, savagery or slaughter. They are stories of ordinary men and women who, under extreme conditions, found bravery and self-sacrifice. The menacing strut of the modern right-wing militia member is antithetical to America’s true military history.

Memorial Day in Indianapolis, where I grew up, was centered in the “greatest spectacle in racing.” But before race cars start their engines, troops march around the Speedway oval, the archbishop says a prayer for the fallen, a celebrity sings “God, Bless America,” another sings the National Anthem — and then, with misty eyes, the people sing “Back Home Again in Indiana.”

They sing the reason why citizens serve: not to strut, not to kill, not to amass power, not to protect oil supplies, not to further the delusions of horrible leaders. They serve to protect the homes where we live, the fields where we roam, our “alabaster cities” and quiet towns and the rocks and rills and woods and templed hills where a free people dream freely, fall in love freely and make life choices freely.

I took my grandchildren with me to the fire station. I wanted to share with them the duty of remembering and honoring, respecting and feeling grateful.

TOM EHRICH is a publisher, writer, church consultant and president of Morning Walk Media, based in New York.

Tom Ehrich is a writer, church consultant and Episcopal priest based in New York. He is the author of “Just Wondering, Jesus” and founder of the Church Wellness Project. His website is www.morningwalkmedia.com. Follow Tom on Twitter @tomehrich.