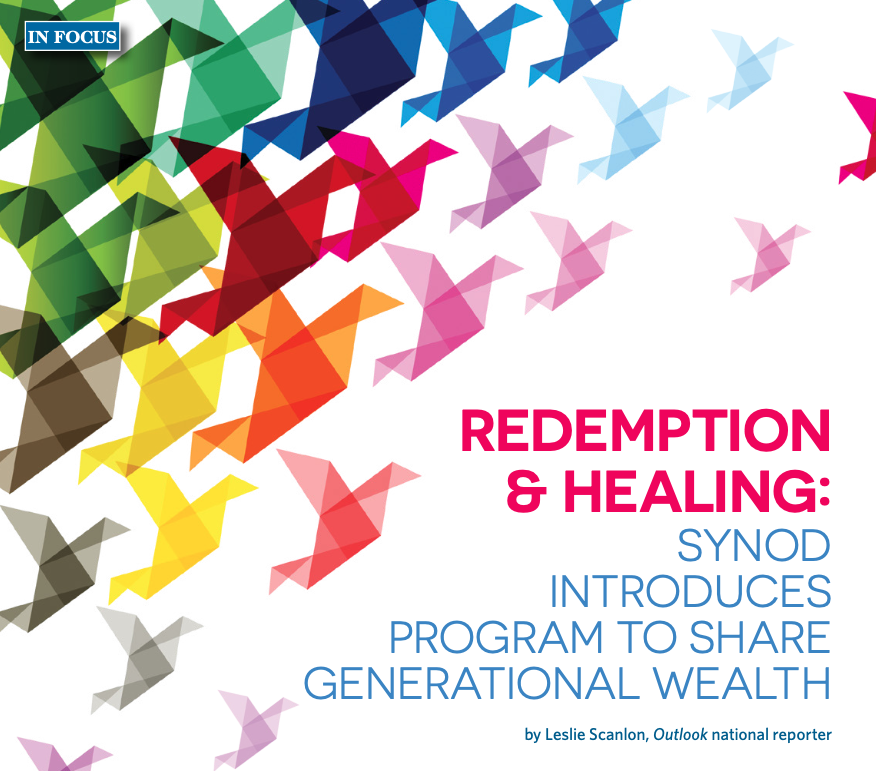 A new Restorative Action program, sponsored by the Synod of Lakes and Prairies, is asking congregations, organizations and individuals to donate a portion of their assets to trusts that will be governed by African American and Indigenous people, and used for the benefit of their communities.

The commitment is this: The wealth that white churches and families and organizations possess was built at the cost of African American and Indigenous people. And some of it rightfully, theologically, belongs to them and needs to be returned.

While initiated by the Synod of Lakes and Prairies, which voted in October 2020 to give $351,000 – 15% of its net assets – to the Restorative Action program, the program is not limited to that synod. It’s starting there, but also inviting white people and organizations from across the Presbyterian Church (U.S.A) and beyond the church walls to participate — hoping to serve as a model for how this work can be done in other locations and contexts.

The organizers say this is not reparations per se — they see that as the responsibility of government and institutions that put into practice discriminatory laws and policies over centuries. Restorative action is a voluntary sharing of generational wealth, “a path to redemption and healing,” as the synod’s website states, by those who recognize the generational wealth disparities that have resulted from advantages and opportunities offered to whites and denied to Blacks and Indigenous people.

“We feel there needs to be a concrete way to account for our own complicities or responsibility, or the extent we might have benefited from others being mistreated or held back from wealth,” said Jim Koon, the synod’s director of financial services and treasurer. The Restorative Action team started with writing a catechism – an attempt to address theological reasons for this approach – and also has produced a frequently asked questions document.

The team is still working through the legal details of setting up the trusts with the Presbyterian Foundation — four trusts in all, two each for African Americans and Indigenous people (one for charitable groups and one noncharitable). That flexibility is needed because the Restorative Action team has learned, for example, that some groups working on Native American reservations to help children or on food insecurity issues are doing important work, but are not formally nonprofits, said Sarah Moore-Nokes, a Presbyterian minister and member of the Restorative Action team.

Once the money is given, the donors will not have control over how it is spent. “They will surrender control,” Moore-Nokes said, and those decisions will rest with the trustees. The African American trusts will be governed by Black trustees; the Indigenous trusts by Indigenous trustees. (The term Indigenous is being used expansively — to include Alaskan Inuits, for example, and Native Americans whose tribes may not be officially recognized by the federal government.)

So far, as the work is progressing, only two trustees have been named: the co-moderators of the 2020 General Assembly: Elona Street-Stewart, who also is synod executive for the Synod of Lakes and Prairies and a member of the Delaware Nanticoke tribe, for the Indigenous trust; and Gregory Bentley, a Black pastor from Alabama, for the African American trust.

A tagline for the program is “surrendering wealth for mutual well-being.”

The idea started with a car ride. About five years ago, Koon was driving to a men’s retreat with Anthony Jermaine Ross-Allam, a Presbyterian minister who is now a doctoral student at Union Theological Seminary in New York, and was then the associate pastor at Oak Grove Presbyterian Church in Bloomington, Minnesota, where Koon is a member.

On that two-hour drive, the men took turns talking about ideas important to them. As Koon recalled, Ross-Allam said “reparations is a passion of his, that is something the country should do and is needed.”

Koon said, “I reacted as so many folks do … I was nonplussed. I told him that I understand what reparations is, but I don’t see it as anything that is ever going to be real. I don’t see how it relates to me.”

But the idea stuck. Koon began reading and investigating, trying to calculate the value of what  could be attributed to wealth inequities built from a racist system. “What is the number?” Koon wanted to know. “What is the value of unpaid labor from those centuries ago, and what is it worth today?” What is the cost of opportunities denied – for example, of Blacks not being allowed to take advantage of the G.I. Bill to purchase homes? What has been the impact of governmental policies that stripped Native Americans of their land and resources, of promises broken, of generational trauma?

“He got a little bit of an itch under his skin, and he couldn’t not scratch it,” Moore-Nokes said. So Koon dug into numbers — economics, racial disparities, census figures.

Then in 2018, at a bar at General Assembly – “where all good things happen,” Moore-Nokes said – Koon shared with some colleagues his growing certainty that Presbyterians needed to take restorative action to compensate for that discriminatory history. She told him: “If you do something, I’m in.”

Later that year, Koon spoke about the concept with J. Herbert Nelson, the PC(USA)’s stated clerk, at a meeting both were attending. Koon said Nelson told him he liked the idea, saying, “I think it has legs for the entire denomination. But what I need you to do is build it at the regional level and test it out.”

What is a racial wealth gap? It’s differences in generational wealth, built up over decades as opportunities were denied by slavery and Jim Crow — for example, by racial discrimination in benefits available to veterans following World War II or from racial covenants and disparate lending practices that segregated neighborhoods and affected access to decent housing and homeownership. The Federal Reserve calculated that the median white household had a net worth of $188,200 in 2019 – including residential real estate – while the median Black family had a net worth of $24,100, about one-eighth as much.

“The portion of wealth that can be attributed to systemic racism in the U.S. equates to 16% of net worth or 5% of income across white households,” the synod website states. Economist William Darity Jr. of Duke University has written that the wealth gap between Blacks and whites in amounts to $11.2 trillion in the U.S. – with the mean (average) wealth of Black households being $142,500 in 2019, compared to $983,400 for white households.

According to a fact sheet from the Restorative Action program: “White households in America hold 16% more wealth than they would otherwise hold if not for the legacy of property taken, compensation withheld, and the systemic obstruction of wealth accumulation opportunities from Afro-American and Indigenous households. … Across all Afro-American and Indigenous households these gaps add up to more than $13 trillion today,” and the amount is increasing.

These are difficult concepts, which is why the Restorative Action team is encouraging congregations and individuals to start with learning, and by listening to the voices and stories of Black and Indigenous people.

“Everyone is encouraged to participate,” the website states. “Although this program is being initiated through the Presbyterian Church, all individuals and congregations are invited to contribute and there will be no denominational, religious affiliation or doctrinal considerations limiting the distribution of the program’s funds or earnings. We invite you, whether you are Methodist, Episcopalian, Baptist, Evangelical, Muslim, Jewish, Buddhist, Hindi, Agnostic, or Atheist.”

Ross-Allam is writing an adult curriculum, intended to introduce people of faith to ideas around racial equity and restorative action, Moore-Nokes said, and which may be ready later this fall. “It’s really designed as a gentle entry into having these conversations,” she said. “We recognize this is a pretty loaded topic, and it brings emotions quickly and with a lot of passion on all sides.”

Ross-Allam contends, however, that creativity is needed; the practical questions can’t be allowed to stand in the way. “We can do extraordinary and difficult things once we decide to do those difficult things” — like sending people into space, he said, speaking during a Zoom series on “Reparations, Repentance and Redemption” with The Riverside Church in New York.

“There is something about reparations that perhaps sounds like kind of the right thing to do, but (people say) it’s just not practical, it’s too difficult to calculate, there are too many judicial hurdles, there are too many legislative hurdles,” Ross-Allam said. “The claims of difficulty are not untrue.”

But Jesus in the Garden of Gethsemane showed an example of staying with the discomfort, the pain, the turmoil, Ross-Allam said.

What’s necessary and what’s right, he contends, should always be seen as what’s possible.