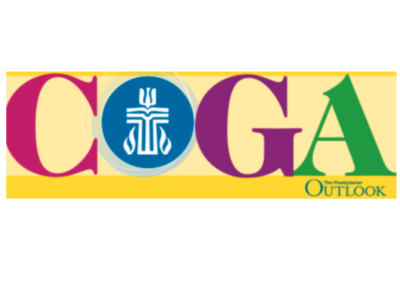 The Committee on the Office of the General Assembly (COGA) on Feb. 9 released a statement responding to questions raised about controversial comments that J. Herbert Nelson, the stated clerk of the Presbyterian Church (U.S.A.), made criticizing Israel’s treatment of the Palestinian people. The COGA statement does not respond directly to the content of Nelson’s remarks, but addresses his authority to speak publicly on behalf of the denomination.

Nelson has been criticized in recent weeks for two public statements he made characterizing Israel’s occupation of Palestinian lands as “21st century slavery.”

Both Jewish groups and some Presbyterians have called Nelson’s statements antisemitic, damaging to local interfaith work, and particularly unwise in their proximity to a violent incident in which a gunman held a rabbi and three congregants hostage for hours in a synagogue in Colleyville, Texas.

Other Presbyterians have supported Nelson, with some saying on social media they thought he accurately described the conditions in Israel-Palestine, and with some citing a recent Amnesty International report which compares Israel’s treatment of Palestinians to apartheid.

On Feb. 9, after meeting in closed session, COGA released a statement in response to questions that some Presbyterians have raised about whether Nelson – the PC(USA)’s chief ecclesial officer – was authorized to make such statements on behalf of the denomination. COGA did not discuss Nelson’s statements in open session.

Here is the text of the COGA statement.

In response to questions and comments members of the Committee on the Office of the General Assembly have received about the Stated Clerk’s statement on the observance of Martin Luther King Jr.’s birthday, we offer our understanding of the authorities and responsibilities given to the Clerk and COGA by the General Assembly.