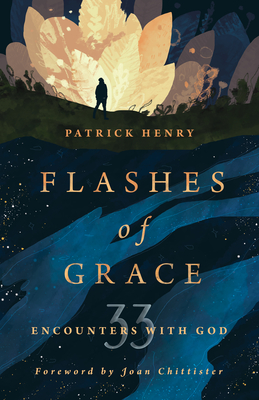 Patrick Henry’s Flashes of Grace: 33 Encounters with God is something between a memoir and a spiritual autobiography: the author looks back on his life to consider where and how God was active. Formerly a religion professor and executive director of the Institute for Ecumenical and Cultural Research in Collegeville, Minnesota, Henry credits his pastor father with a “nuanced, non-triumphalist way of being Christian” that took Henry “a while” to embrace. As a young man full of certainties and self-confidence, his spiritual education was a process of recognizing, first reluctantly and then joyfully, the paradoxes and ambiguities of Christian faith and the challenge to his self-conception, as a well-educated, North American, White male, as the “normative” human being. For Henry, the operation of divine grace is “disorienting,” “intimidating,” “confounding,” “mind-boggling,” and “open-ended.” Over the years he has learned “the grace of unknowing,” an attribute of humility before the unknowable and indefinable.

In her foreword, Sister Joan Chittister describes the book as a “confrontation with the self,” and “the x-ray of a soul.” It is not quite that. It might better be described as an account of how the author’s mind has changed, not only through his grace-filled encounters with students and colleagues but also in his study of Christian tradition, literature and poetry, history and science. Henry puts Christian theology in conversation with other modes of understanding the world, so his muses and mentors are as wide-ranging as Kierkegaard and John Stuart Mill, Keats and Mary Oliver, St. Benedict and Julian of Norwich, Stephen Hawking and Gene Roddenberry, to name just a few. The connections he sees point to the agility of his religious imagination and the breadth of his cultural vocabulary.

At the same time, for a work that claims to be so personal, Henry’s exploration remains fairly cerebral. Though the author alludes to two divorces, his father’s death by suicide, and his daughter’s pancreas transplant and ensuing complications, he remains mostly silent – almost disconcertingly so – on how these crises affected him emotionally and spiritually. Though his subject is ostensibly himself, the book might best be characterized as a series of meditations on history, theology, the Bible, science, and popular culture in terms of their impact on the author’s formation as a believing Christian who is open to the insights of other faiths and people of no faith. Searching always for more authentic ways of knowing, for Christian understanding that reflects the “roughness and density of life” (C.S. Lewis), Henry’s approach is lively and richly anecdotal, yet somehow strangely removed from his deepest experience.

The strongest chapters are those on history and the ecumenical movement, a phenomenon in which “Christian energy was redirected from fission to fusion.” Less compelling are the chapters on the Bible, which go over much of the ground already covered in other popular works seeking to reclaim the Bible from literalist readings. (Throughout the book, Henry returns often to his attack on biblical literalism and its cultural products: the “Left Behind” series, creationism, WWJD.) Yet even non-literalist readers of Scripture may not be satisfied with his assertion that the “principal aim of interpretation is to stimulate the imagination.”

For the most part, Henry finds far more to celebrate than to denigrate in the motley crew that populates “Christendom.” He affirms that our deepest unity as Christians is “our common expectation that God will surprise us.” Henry’s curiosity, wit, scholarship, and open-hearted approach to the questions that bedevil believers should be a delight to readers looking for an account of faith refracted through the lens of lifelong experience and observation.

Presbyterian Outlook supports local bookstores. Join us! Click on the link below to purchase Flashes of Grace from BookShop, an online bookstore with a mission to financially support local, independent bookstores. As an affiliate, Outlook will also earn a commission from your purchase.

Lisa D. Kenkeremath is a teaching elder in National Capital Presbytery who lives in Virginia.