Now, tanks have trampled the fields and planted enemy soldiers in unending rows. Rockets roar, explosions shake the ground, civilians are targets. A burned-out building casts a dead gray shadow over the Pinocchio Kindergarten playground scorched by missiles. There is neither life nor mercy in metal.

The psalmist’s lament, which is sentiment even older than the ancient script, rings desperately true: “How long, O Lord, how long?”

The Russian military caravan was 40-miles long. The capital of Kyiv is encircled like a noose. Anemic babies cry out from bunkers underneath the hospitals. Far away, a man whom Madeline Albright once called “reptilian” is unmoved by international economic pressure and pleas for mercy. If he is a genius, Putin is a diabolical one.

More ancient prayers of lament for our time and place: “Out of the depths, we have cried out to you, O Lord. Hear our voices.”

Over six-hundred thousand refugees have fled into the teeth of monstrous traffic jams. A volunteer named Daniel took his place in a short line to receive instruction about how to fire an AK-47. He was a coffee roaster last week. He is just 21 years old.

This is an ancient land. Slavic peoples once worshipped the sun. Christians have prayed in the Monastery of the Caves for 1,000 years. The Orthodox Church popularized the sunflower by allowing the use of its oil during the fast of Lent. Last year, Ukraine led the entire world in sunflower production, exporting oil, seeds and flowers far and wide. Many people of good faith had thought that a new era had taken root and would flourish. The blood of victims from previous wars has cried out from the ground. Never again, we said. We believed in the promises of peace and progress.

“My soul is in deep anguish. How long, O Lord, how long?”

A Ukrainian woman offered a Russian soldier a packet of sunflower seeds. “Put them in your pockets,” she said. But he was cruel-eyed and foul-mouthed. He must be scared. He and his battalion are a long, long way from home. They are just barely old enough to shave, yet they hold life and death in their hands. Every one of us is capable of wielding terror and justifying brutality in the name of the Holy.

“Forgive them, for they know not what they do.”

We are also created in magnificent grace and capable of extraordinary acts against overwhelming odds. The Ukrainians remove road signs along the major highways in order complicate navigation for the invading forces. They tie strips of cloth into camouflage netting, pass out Styrofoam plates bearing sliced bread, and fill sandbags. They pray in ancient holy sites of their homeland and pray in hastily erected tent villages in refugee camps. 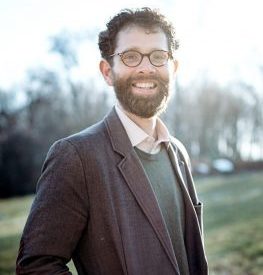