“Southern trees bear a strange fruit/ Blood on the leaves and blood at the root.” These chilling lyrics from Billie Holiday’s 1939 song “Strange Fruit” still serve as an anti-lynching anthem. The recent movie “The United States vs. Billie Holiday,” starring Andra Day, tells how the singer was targeted by the FBI for refusing to stop singing these words of provocative truth.

I recently learned that “Strange Fruit” was not written by the talented jazz singer herself, but by a Jewish schoolteacher from the Bronx, Abel Meeropol. Haunted by a gruesome, now iconic, photograph of a lynching, Meeropol wrote “Strange Fruit” first as a poem than as a song. Thousands of copies of the photograph were printed and sold as keepsakes: the bodies of two young Black men hanging from a tree as a group of nicely dressed White men and women smile and pose for the camera.

The father of Black liberation theology, James Cone, writes of the way oppressed people identify more powerfully with Christ’s crucifixion than with his life, teachings and resurrection. “The cross,” Cone writes, “places God in the midst of crucified people, in the midst of people who are hung, shot, burned, and tortured.” Cone connects the cross of Christ to the lynching tree — a connection that jumps from the page of this Sunday’s lectionary text. Acts 5:30 reads, “The God of our ancestors raised up Jesus, whom you had killed by hanging him on a tree.” In his influential 2011 book, The Cross and the Lynching Tree, Cone criticizes American theologians and preachers for avoiding this obvious correlation.

Acts 5:27-32 highlights the tense religious and political scene after Jesus’ death and the apostles’ work of witnessing in the midst of it. The Greek word for “witness” can also be translated as “testimony” or “martyr,” and the work of witnessing does not just mean passively observing, but actively making known what God has led us to see. Bearing witness is a passionate truth-telling no matter the cost. And the cost, in this passage, is clear. The religious authorities want the apostles to stop spreading Jesus’ teachings and the word of his resurrection because they, along with the apostles, could be killed for these politically threatening truths. “You are determined to bring this man’s blood on us,” they say. But the apostles cannot avoid the truth, or shrink in fear because they have been called to “obey God rather than any human authority.”

An anti-lynching sermon would not be well-received from most pulpits the Sunday after Easter. But the radical hope of a God who not only condemns state-sanctioned torture but endures it on our behalf, should not be softened or overlooked. Cone’s critique of our avoidance still stands. On March 29, 2022, the Emmett Till AntiLynching Act was passed and signed into law. It took more than 100 years and 200 failed attempts to legally condemn lynching as a hate crime.

Like the apostles, we are called to be witnesses, to face painful truths and proclaim what God has led us to see. Easter is a radical narrative yet full of hope for us all. God suffers on the cross. God dies and descends to hell. God conquers death, raising Jesus, and us, to new lives. Let us make it known, all that we have heard and seen. Let us bear witness.

To print, use this .pdf version: LITL_April24 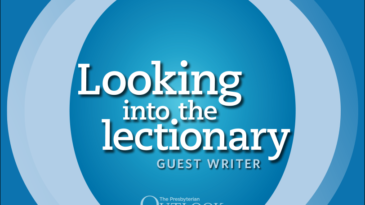 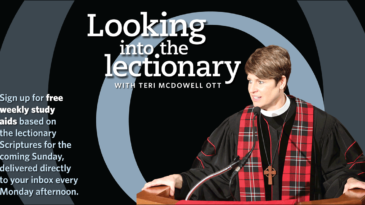