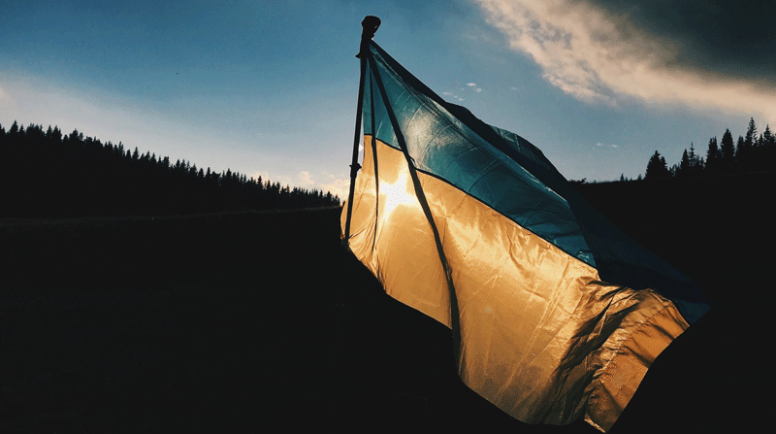 Louisville, Kentucky — By the deadline of late afternoon June 19, commissioners to the 2022 General Assembly had submitted eight commissioners’ resolutions that were being forwarded on to the assembly’s Bills and Overtures committee for its consideration — on issues ranging from abortion to divestment from gun manufacturers to condemnation of the war in Ukraine.

Think of commissioners’ resolutions as a sort of a way to take the temperature of the assembly. These late-breaking items of business offer commissioners a chance to introduce items of business that they feel are vital for the church to consider — and aren’t already before the Presbyterian Church (U.S.A.) General Assembly through other business already presented.

Also: a commissioners’ resolution cannot contain business requiring an amendment to or interpretation of the PC(USA) constitution. And it’s not supposed to raise substantially the same issue that one of the last two assemblies has considered.

Once properly submitted, the proposed resolutions go to the Bills and Overtures committee scheduled to meet on the evening of June 19 and would vote on whether to send each of the resolutions proposed to one of the assembly’s committees for its consideration, or not. Bills and Overtures has the leeway to decline to refer a proposed resolution if it decides that the issues it raises could be addressed somehow through another item of business already introduced.

The full list of commissioners’ resolutions can be found here. Concerns they raise include:

War in Ukraine. The resolution asks the assembly to “condemn the Russian military invasion of Ukraine and crimes against humanity, and call for a cease-fire and the immediate resumption of

Divestiture from firearms manufacturers. The resolution asks the assembly to direct the Committee on Mission Responsibility Through Investment (MRTI) to suspend the corporate engagement process of their investment policy in order to immediately place all companies engaging in the manufacture, sales, and retail/distribution of all firearms and components (such as bullets, etc.) on the PC(USA) Divestment List, no matter the size of the companies, public or private, or types of firearms and components in question.”

In the rationale, the commissioners presenting the resolution cite acts of gun violence in their own presbyteries – at Sandy Hook Elementary School in Newtown, Connecticut, and the attack on U.S. Congresswoman Gabrielle Giffords and others at a grocery store in Tucson.

“The issue of gun violence, the toll it is taking on our communities and the complete oppositional

nature any weapons have to the Gospel of Jesus Christ, suggests to us that we should not wait as a denomination, but act with urgency for the time that we are in,” wrote Christine Caton, a minister from the Presbytery of Southern New England. “We urge the 225th General Assembly to act boldly and decisively in this area, and to not move this to study or delay.”

Violence and hate against Asian Americans and Pacific Islanders (AAPI). This resolution asks the assembly to denounce acts of violence and hate against AAPI persons, particularly the elderly, and to “condemn the PC(USA)’s inability or unwillingness to take the lead on addressing anti-AAPI racism that has perpetuated attitudes and perspectives leading to the unequal, unjust, and ungodly treatment and murders of racialized minorities, including the AAPI communities.” The resolution outlines a series of efforts at education and activism it wants the church to pursue, including advocacy on legislation and anti-racist work by congregations.

Reproductive justice. With the prospect of the U.S. Supreme Court striking down Roe v. Wade looming large, this resolution asks the assembly to:

Solidarity with Palestinian Christians. The resolution asks that the PC(USA), as a member communion of the World Council of Churches (WCC), call on that body “to place a high priority on addressing the concrete strategies and actions that demonstrate solidarity with Palestinian Christians. The time for statements alone has long passed.” It also asks the assembly to direct the PC(USA) delegation to the WCC assembly in Germany later this summer to “actively pursue these considerations in deliberations and votes” in accordance with General Assembly-approved policies related to Israel and Palestine.

While that’s not language that easily rolls off the tongue, the rationale for the resolution makes it a little clearer. It states that the memorandum of understanding was written nearly 30 years ago and approved in 1993.

And it hints at occasional tensions between the Board of Pensions and other levels of the church – stating that “while the Memorandum of Understanding claims that the Board of Pensions is held accountable to the General Assembly—therefore to the majority of its members—the Board continues to assert to the General Assembly that it is not required to follow any actions imposed upon it by the General Assembly. Pastors are therefore required to participate in a benefits plan that is administered by those who claim the largest council of the church does not have a say in its operations.”

The rationale also states: “This resolution gives the General Assembly the ability to hold the Board of Pensions accountable through action by reflecting the language used in the deliverances of all other PC(USA) agencies. This accountability ensures that the Board of Pensions reflects the values and concerns of the majority of its members without limiting its ability to administer the Benefits Plan of the church.”

Mental health. The resolution commends previous work the church has done to recognize and address mental health challenges in the church. And it asks the assembly to encourage the Board of Pensions to focus more attention on promoting mental health initiatives, “specifically for our ordained clergy and other plan members,” and to commission a study to propose policy and process changes, if needed, “to ensure compassion” as the board evaluates and responds to requests from plan members for mental health assistance or psychiatric disability. The resolution asks that the results of that study and the Board of Pensions’ response be shared with the General Assembly in 2024 for its review.

The rationale refers to the strain on mental health for many pastors — saying that “our congregational pastors and leaders not only are having to constantly change their work to deal with members and colleagues in crisis but are themselves experiencing the heavy load personally and within their families. The mental health of our clergy, church professionals, and other employees must be a vital concern for all of us.”

Memorializing church workers. This resolution asks the assembly to direct that each presbytery compile an annual list of “non-ordained persons who died the previous year after giving faithful service to the church. This list shall include those who have served congregations, presbyteries, synods, and national staff. A memorial moment of thanksgiving will be observed at the subsequent General Assembly and the names entered into the minutes.”