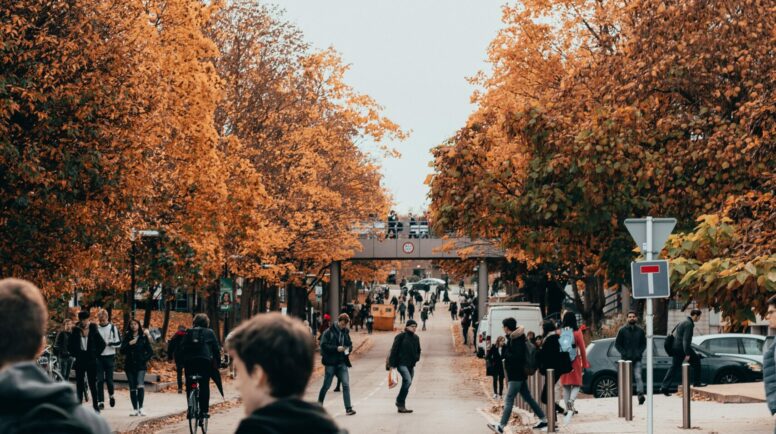 Recently I was scrolling through Facebook and came across a post by retired seminary professor Paul Hooker. His post advised pastors against changing the congregations that call them, even if they say they want to change. Elsewhere in his post (not tied specifically to his thesis), he told a story about a conversation:

I have also heard yet another story from a pastor who, having believed the rhetoric of a pastor nominating committee that “We want to be a different kind of congregation,” has discovered that, in fact, no one–including the members of the pastor nominating committee–want to be different after all and are now critical and unsupportive of the pastor. Said pastor’s self-confidence and trust in the Church is now shaken to the core, and the pastor is seriously contemplating leaving congregational ministry: “Perhaps I could be a chaplain?” (my emphasis)

This struck a nerve with me. Since I’ve been ordained, I have served as an associate pastor for youth ministry with two different congregations, I served (relatively briefly) as a camp director in between those two parish positions, and for the last six years, I have served as a college chaplain at one of our great PC(USA)-related institutions. While my vocation in ministry has changed some over my ordained career, I have always felt called to those roles. So when Hooker tells a story about a pastor who says, “Perhaps I could become a chaplain?” after having a difficult experience in a congregational setting, it compelled me to write to my colleagues about their sense of call.

That last sentence hurt me when I read it. As a college chaplain, it felt disrespectful — as if chaplaincy, in any capacity (college, hospital, military, etc.), is easy. Colleagues, you should not be a chaplain just because you have had a difficult experience in a congregation or need a break from congregational ministry. You should be a chaplain because you are called to be one. Being in this role for six years now, I’ve had to learn a lot. Higher education is a completely different setting than a congregation. Not harder, certainly not easier, but definitely different.

My seminary education was almost fully centered around congregational ministry. So there was a learning curve when I began chaplaincy. However, I knew that I had a call for this role. So, I could grow through the trials and new challenges inherent to this context. This setting has its own stresses and difficulties that can be taxing on a pastor just as intense as those serving in congregations. Nevertheless, if my current call ever comes to a point where my trust in the higher education ministry setting is shaken to the core, I pray I never say, “Perhaps I could be a congregational pastor?” To me, that diminishes the vocation that my parish colleagues have. To me, that disrespects the extraordinary calling my parish colleagues are doing. Since I’ve been in this role, I have grown in awe of the work those of you serving in congregations continue to do — especially during these COVID years! Your ministry inspires me and encourages me to set higher expectations for myself in my university setting.

In the past few years, I’ve even had congregations inquire with me about their pastorate by saying, “Don’t you want to be in a congregation?” implying that what I’m doing now is just a temporary break from “real ministry.” Because most people do not spend time on college campuses, they have no clue about the role of a chaplain and thus diminish what we chaplains do.

Here’s what I want my colleagues in ministry to know — I’m called to be a chaplain. I didn’t settle for this vocation. I am not a chaplain because I couldn’t cut it in the parish. I truly believe the Holy Spirit guided me here. When my students matriculate as freshmen, our university president encourages them to be “all-in” to the college experience because it’s really hard to graduate on time if one isn’t “all-in.” I, too, am “all-in” when it comes to serving in my role as chaplain. That’s what a vocation should lead one to be — all in! In fact, my students and campus community deserve a person who is called to be a chaplain and isn’t in this role while “waiting for a ‘real’ call” or needs a break from a current setting or is looking to use it as a stepping stone to a “higher” ministry.

All said, colleagues, please don’t assume chaplaincy, in any capacity, is your backup plan. In any vocation, you should learn more about the work and truly discern if you are called to serve in that context. In fact, some chaplaincy roles require other training that are not specifically offered during seminary. Feel free to reach out to a chaplain to learn what makes their calling unique before being in a place where you might say, “Perhaps I could be a chaplain?” Because if that’s where you are, then the answer perhaps is, “No, you shouldn’t be.” 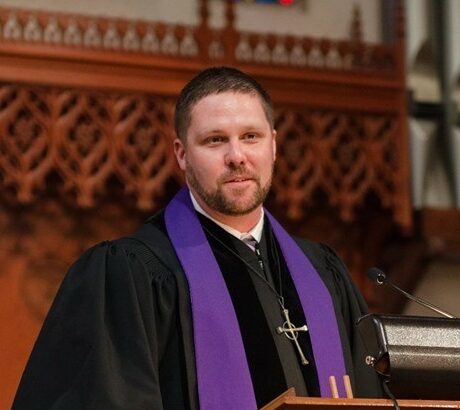 The Rev. Jeremy Wilhelmi serves as the university chaplain at the University of the Ozarks in Clarksville, Arkansas. While working with youth and young adults for nearly 20 years, he has yet to grow tired of pizza.