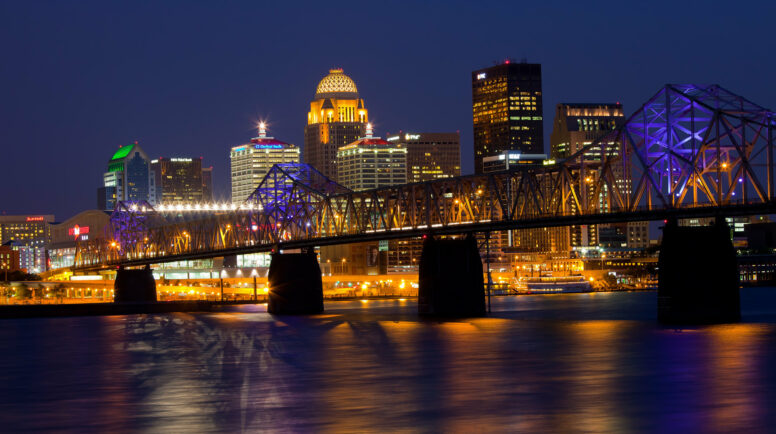 Many Presbyterians will experience all of General Assembly 2022 online — following along in comfy clothes and bare feet, dogs and cats and favorite beverages at hand.

Other lucky folks – mostly commissioners and advisory delegates – will head to Louisville for in-person committee meetings. This is for them — a list of possibilities for exploration and sustenance, time permitting and if you’re not in urgent need of a nap. Here goes.

Leave the state! From downtown Louisville, it’s an easy walk or run over the Ohio River from Kentucky to Indiana. One quick possibility: use the pedestrian lanes of the Second Street Bridge (technically, the George Rogers Clark Memorial Bridge.) More personality: the car-free Big Four Bridge in Waterfront Park, a former railroad bridge how given over to pedestrians and bicyclists. To access from the Louisville side, head east on Witherspoon Street from the Presbyterian Center to River Road. You’ll see the curved access to the bridge at about 1101 River Road. Runners: Here are some suggested routes, including some that start from Waterfront Park.

Main Street museums. Baseball fans, check out the humongous bat outside the Louisville Slugger Museum & Factory at 800 W. Main St. Other options close by, in case you have extra time: the Kentucky Science Center, 727 W. Main St.; the Frazier History Museum, 829 W. Main St.; and the KMAC Museum, 715 W. Main St., a contemporary art museum. Also for fun: check out the art installations at the 21C Museum Hotel, 700 W. Main St., with a 30-foot tall gold statue of David outside. I’m told, but cannot confirm, that standing at the urinal in the men’s bathroom at 21C is a memorable restroom experience.

Breonna Taylor. Following the police killing of Breonna Taylor in 2020, Jefferson Square Park at the corner of Jefferson and Sixth streets in downtown Louisville became the organizing spot for months for public protests — a place to honor her memory and protest police violence against Black Americans. From June 4 through July 3, the Roots 101 African American Museum at 124 N. 1st St. will host Breonna’s Garden XR Exhibition, a virtual reality experience created by conceptual artist Lady Phe0nix in collaboration with Taylor’s family. For more of that experience, see also: the Breonna’s Garden app.

Muhammad Ali. When Muhammad Ali died in 2016, Louisville residents lined the streets to pay homage as his funeral procession wound its way through the city — passing by his boyhood home and the neighborhoods where his luminance as an athlete and an advocate for peace and justice shone so brightly. To get a sense of Ali in Louisville, check out the Muhammad Ali Center in downtown Louisville. Or visit his grave at Cave Hill Cemetery — a place where those his life touched leave mementos in his honor. (While you’re there, Colonel Sanders is in residence at Cave Hill too.

Listen up. Here’s a podcast episode from The Practical Wanderlust podcast that’s all about Louisville history, sights and more (including how to pronounce the city’s name).

Hometown Heroes. See the big photos hanging from the sides of some downtown Louisville buildings? Here are the stories behind some of the images of Hometown Heroes that you see.

Out and about. Not that you’ll have any free time during the assembly. But if you do, some options (among many) are: 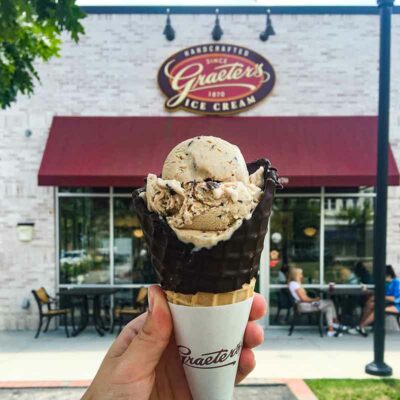 ce cream. Move to adjourn for ice cream? Some recommendations — although there are many great choices:

Bourbon. You’re on your own. There is no shortage.