Antipathy toward the separation of church and state appears to be a retread of a disputed, decades-old argument popularized primarily by a controversial Texas activist.

(RNS) — In October of last year, Josh Mandel, a candidate in Ohio’s Republican primary for the state’s open U.S. Senate seat, insisted during a debate that “there’s no such thing as separation of church and state.” Three months later, Supreme Court Justice Neil Gorsuch made an off-hand reference to the “so-called separation of … church and state” during oral arguments.

In April, Pennsylvania gubernatorial primary candidate Doug Mastriano, now the Republican nominee, dismissed the separation of church and state as a “myth.”

By June, Colorado Rep. Lauren Boebert, speaking at a Colorado church, proclaimed, “I’m tired of the separation of church and state junk that’s not in the Constitution. It was in a stinking letter, and it means nothing like what they say it does.”

The growing popularity of these kinds of declarations is striking given the place the separation of church and state has occupied in American politics going back to the Founding Fathers. Though the phrase “separation of church and state” does not appear in the U.S. Constitution, the notion is deeply rooted in American jurisprudence and popular culture.

More immediately, the rhetoric has alarmed some Americans who associate the constitutional debate over the church-state split with extreme versions of Christian nationalism.

Yet, antipathy toward the separation of church and state among conservatives is not new but, rather, is a decades-old argument popularized primarily by a controversial Texas activist in the early ’90s, when the religious right was ascendant.

In 1993, the Rev. Jerry Falwell Sr., founder of Liberty University and co-founder of the Moral Majority, promoted a book called “The Myth of Separation” by a Texan named David Barton. According to a Christian Century report, less than a month later on Falwell’s television show, “The Old Time Gospel Hour,” he preached a strident sermon in which he said, “Let everyone know that this separation of church and state business is bogus.”

In 1988, Barton, a self-taught historian and activist, had founded WallBuilders, a group dedicated to “presenting America’s forgotten history and heroes, with an emphasis on the moral, religious, and constitutional foundation on which America was built.”

The organization has dutifully forwarded Barton’s Christian vision of American history ever since, serving as a one-stop shop for his books, videos and materials. It has consistently taught that the separation of church and state is a modern fabrication.

While Barton was not necessarily the first to make the claim, Kristin Kobes Du Mez, a historian and professor of history at Calvin University, said Barton is “extremely influential in evangelical spaces, and has been for decades.”

Barton did not respond to a request for an interview, but his argument has been articulated in presentations and books over the years. He focuses on an 1802 letter penned by then-President Thomas Jefferson to the Baptist Association of Danbury, Connecticut, in which Jefferson assures the Baptists that the “establishment clause” in the First Amendment of the U.S. Constitution builds a “wall of separation between Church and State,” when it declares Congress shall “make no law respecting an establishment of religion or prohibiting the free exercise thereof.”

Micah Schwartzman, a professor at University of Virginia School of Law, said Jefferson’s wall metaphor was “widely viewed among many in the founding generation to capture the sense that the ends of the state were not the same as the ends of the church.”

“What the state wasn’t for was saving souls,” Schwartzman said. “There was a deep separation between the legitimate purposes or ends of the state as compared to religious institutions — the church.”

The letter later appeared in the 1947 Supreme Court case Everson v. Board of Education, when justices held that the U.S. Constitution’s establishment clause applies to states.

“The First Amendment has erected a wall between church and state,” the court declared in its ruling. “That wall must be kept high and impregnable. We could not approve the slightest breach.”

The court’s interpretation has been the prevailing view among prominent legal scholars and the general public ever since. According to an October 2021 Pew Research survey, 55% of Americans are “church-state separationists,” with an additional 18% exhibiting “mixed” views on the subject.

But Barton and WallBuilders argue that Jefferson and the Founders, outside of some exceptions, meant for the “wall of protection” to operate in one direction. It also, the group and its founder suggested, applies mostly to the federal government, not the states.

“‘Separation of church and state’ currently means almost exactly the opposite of what it originally meant,” says the Wallbuilders website.

It’s a notion shared by many of Barton’s fellow conservative Christians. Among religious groups, white evangelical Protestants were the least likely to back church-state separation (26%) in Pew’s survey and the most likely to support integrating church and state (36%).

Even so, Barton’s critics are legion. The same year Falwell preached his anti-separationist sermon, Americans United for the Separation of Church and State penned their first rebuttal to Barton, refuting his arguments point for point.

“David Barton is the source of a lot of Christian nationalist disinformation,” said Andrew Seidel, a current vice president of Americans United.

Barton has also been derided as a “fake historian,” and one of his books, “The Jefferson Lies: Exposing the Myths You’ve Always Believed About Thomas Jefferson,” was so widely criticized by scholars that its Christian publisher halted its publication in 2012 because the “basic truths just were not there.”

Barton, now in his late 60s, has cropped up in Christian nationalist contexts since Trump’s election. During Trump’s tenure, one of his most stalwart faith advisers, Texas pastor Robert Jeffress, delivered a sermon for his church’s July 4-themed “Freedom Sunday” titled “America is a Christian nation” that rejected the separation of church and state.

“As I thought today about who we could have to declare that historical reality that this nation was founded as a Christian nation, I couldn’t think of anyone better than our guest preacher today, David Barton,” Jeffress said as he introduced Barton, whom he also lauded as a “patriot and a prophet of God.”

Mastriano has also expressed an affinity for Barton’s work. The Pennsylvanian cited Barton repeatedly in his 2001 master’s thesis, written at the Air Force’s Air Command and Staff College. The paper, which warned of a theoretical left-wing ‘Hitlerian Putsch’ in 2018, cited Barton in a section that made derisive references to the “so-called ‘wall of separation.’”

Meanwhile, ideas similar to those of Barton and his allies have found traction in powerful circles. In 2019, Justice Clarence Thomas wrote in an opinion arguing “the Establishment Clause does not prohibit States from favoring religion.” Gorsuch joined the opinion, and there is evidence Justice Amy Coney Barrett may be open to their views.

Seidel isn’t so sure. “This Supreme Court is on the verge of declaring America a Christian nation,” he said. “One or two more opinions, and I would be unsurprised to see something like that written down.”

“Scholars have been refuting these arguments, whether it’s David Barton’s or other popular pseudo-histories, for decades now,” she said. “That does very little to refute the power of their narratives inside these communities, because part of the narrative is, ‘If you’re not with us, you’re against us.’”

“Your pastor is recommending this book. The Christian radio program that you listen to is promoting it. These are all your trusted sources.” 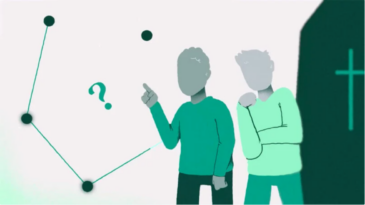