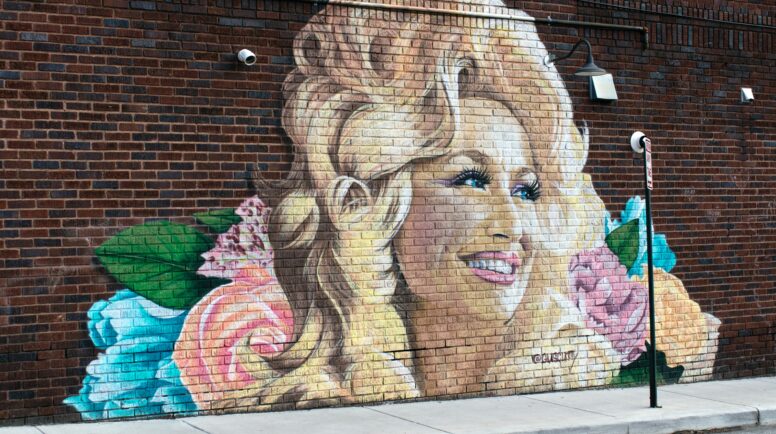 Photo by Wes McFee on Unsplash

“At least once a year, usually in the summer, I’ll do a series that’s sometimes lighter than usual,” said Sharon Youngs, pastor of First Presbyterian Church in Oak Ridge, Tennessee. This year, Youngs is exploring country music as theology, using songs from performers like Dolly Parton, Hank Williams and Garth Brooks to explore how the grittiness, the sadness and the romping joy of country music connect to Biblical themes.

“I’m a lectionary preacher predominantly” — but she also loves music, plays guitar and sings.  “Although I’m not an avid country music listener, I appreciate hearing the story that’s in a country music song.”

The theme of the series is “Jesus, Take the Wheel,” sharing a name with the 2005 Carrie Underwood song about a young mother driving by herself late at night with her baby daughter and hitting black ice. Her slide in the darkness was a trajectory to prayer. Speaking as the young mother, Underwood sings in the chorus:

I’m letting go
So give me one more chance
And save me from this road I’m on.

The Bible is full of stories of people turning to God and finding new paths: the prodigal son, the Samaritan woman at the well, Paul on the road to Damascus.

During the first week of the series, on Aug. 6, Youngs preached from Luke 14, the parable about how guests invited to a wedding banquet should sit in the lowest place so the host might say, “Friend, move up higher.”

Youngs spoke of the accessibility of county music, so often built around story. It’s been said that “what you need for a good country song is three chords and the truth,” she recounted.

On that first Sunday of the series, an impromptu trio of musicians – Matt Morelock on banjo and guitar, Alan Eleazer on guitar and Steve King on the double bass – performed “Waiting for a Train” by Jimmie Rogers, known as the Father of Country Music, who grew up in Mississippi around the railroads, and whose music reflects the many strains of influence on country music, including blues, folk, spirituals, yodeling and Appalachian ballads.

The three guest musicians that day, while all experienced performers, “had never played together before,” Youngs said. “That’s the joy of that kind of music. It’s simple enough to just pick up and play.”

Next up: Hank Williams’ first hit “Move it on Over.” Williams, born in 1923 in rural Alabama, died at age 29 and “did a lot of hard living,” Youngs said. As a part of the sermon series, she provided the congregation with some definitions — saying the parameters of what people consider country music to be are fairly broad, and that the term “country” replaced what some used to call “hillbilly” music. The term hillbilly has a Scottish origin, she said. The hill folks of Scotland preferred to be isolated. And “billy” or “billie” was used to mean “companion,” she explained.

Over time, Scotch-Irish immigrants moved to the mountains and hills of Appalachia. Later, when people from Appalachia moved north, “the term hillbilly moved with them and was commercialized,” she said. “Think ‘Beverly Hillbillies.’ Think the movie ‘Deliverance.’” The term spread, along with stereotypes surrounding it — but its musical origins involved hill people and their love for old-fashioned country music.

“What a hillbilly is singing is the hopes and prayers and dreams of what some people call the common people,” Youngs said. “Those are the people Luke talked about, the ones who have nothing. Country music says, ‘Friend, move up higher.’ It speaks to all who have felt left out and ignored and discounted. Hank argued that those common people are just as good and honorable as anyone else. Seems to me the gospel according to Hank sounds an awful lot like the gospel according to Jesus. The reminder, both from the gospel and the music, is that God’s grace does not fall just on those raised on the so-called right side of the tracks or those with lots of money and lots of influence. God’s grace is for all of us, whether we’re in church on Sunday morning or in the beer joint on Saturday night. God says to all of us, ‘Friend, move up higher.’”

While Youngs drew the inspiration for her sermon series from the Tennessee hills and her own imagination and love for music, (she’ll be singing and playing guitar in worship during the rest of the series), it’s not uncommon for church leaders to turn to pop culture – movies, books, music, television, TikTok and Instagram – for inspiration for preaching.

Books and study guides are available that offer connections between the Gospel and “Star Wars,” the Twilight series, “The Simpsons,” Disney, Bob Dylan, Bruce Springsteen, the Harry Potter series, U2 and more.

For instance, the Beyoncé Mass, a womanist worship service presented around the country, uses the life and music of Beyoncé Knowles-Carter to explore “how Black women find their voice, represent the image of God, and create spaces for liberation,” the website for the worship service states.

It evolved out of a chapel service presented in 2018 at what was then San Francisco Theological Seminary by students in Old Testament assistant professor Yolanda Norton’s class “Beyoncé and the Hebrew Bible.”

Norton also wrote in 2018 that “a lot of work has been done by Christians to separate the church and the world in ways that Jesus never did. Jesus was out among the people. When he saw that people were hungry, he gave them food. When he saw that people were wounded, Jesus healed them. He didn’t ask questions about their social status, he didn’t put qualifiers on his love. The commission of the Gospel is love. The calling of God requires a willingness to meet people in all spaces and places. … This is my way of giving voice to the nameless Black women that have never been seen or heard.”

Youngs said her sermon series is “kind of a work in progress,” but she hopes to tie in themes raised in so many of the stories told in country music songs.

“There’s a reason why Jesus told parables,” she said. “My experience is that when you tell a story, people lean forward, say ‘Tell me more.’”

She plans to preach about Dolly Parton and the singer’s commitment to community. “She’s done so much for the region here,” Youngs said. Other themes that surface in her music: authenticity, joy and hope. In “Jesus & Gravity,” Parton sings of having “something to lift me up” – faith in Jesus – and gravity to keep her grounded. 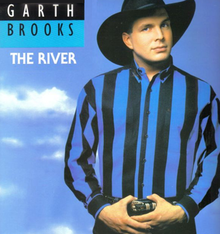 One Sunday, Youngs plans to include the Garth Brooks’ song “The River” — a gorgeous song, Youngs said, which presents the idea “work hard, but whatever life brings, have passion and engage it. There’s a little bit of Ecclesiastes in it. I’m pulling from the Sermon on the Mount — the ‘don’t worry’ passage that Jesus talks about in [Matthew] 6. Be responsible, but just live life with gusto. Whatever it brings, engage it.”

Youngs admits that not everyone is a country music fan in her congregation. But she hopes the stories in the songs will pull people in.

“That’s our faith,” Youngs said. “We learn it through story. That’s how Jesus taught faith: ‘Let me tell you a story.’”

The services at First Presbyterian Oak Ridge are live streamed on the congregation’s Facebook page. Video of the first Sunday of the country music series can be found here.