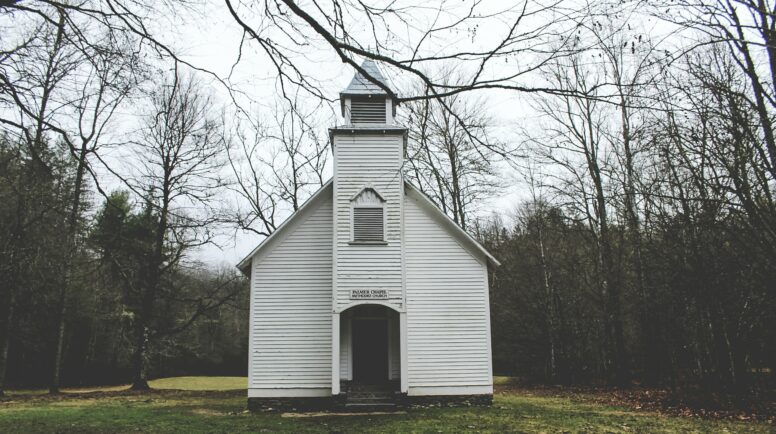 Photo by Harry Miller on Unsplash

G. Jeffrey MacDonald, author of Part-Time is Plenty, will speak during a Sept. 22 webinar presented by the consulting firm PneuMatrix about effective models for small churches and part-time ministry. MacDonald, a United Church of Christ minister, works as a journalist and serves half-time as interim minister of First Congregational Church in Kensington, New Hampshire. This interview with Outlook National Reporter Leslie Scanlon has been condensed for clarity.

Q: Tell us a little about how you became a part-time pastor.

A: “I’ve been a reporter since I finished college back in the early 90s.” – working for daily newspapers, then going to divinity school and becoming a freelancer specializing in religion news. “All the churches I’ve served has have been part time, intentionally. I wanted to do it that way because I didn’t want to give up journalism. … I found it exciting and desirable from the get-go, and have loved it. It’s given me a chance to work in small churches where people are sharing the ministry with the pastor.”

Q: Where did the idea for the book come from?

A: “In 2012, I got a call from a church (in Newbury, Massachusetts) that said ‘Would you come and do the last few services because our church is going to close. We’re going from full-time ministry to quarter-time ministry, and we expect that we’re going to be out of money in a matter of weeks.’ “

“I was like wow, that’s significant from a church that’s been around since 1635, that they’re giving up the ghost now. It turned out that they could and wanted to continue with a very streamlined model, which assumed that the pastor had an income stream outside the church, which I did. But the question was ‘How do you do it well?’ This is a 10-hour-a-week position … The initial concept was just to plan and lead worship, attend one meeting a month of our governing board, and ‘if you can do a Bible study before worship [once a month], boy, that would be great.’”

MacDonald wanted to do more, and started looking for examples of congregations succeeding with part-time ministry. He found resources on the idea of pastors being bi-vocational, but no answers to the central questions of “How does the congregation adjust? How do they rethink what they are doing? How is the ministry shared effectively?”

So MacDonald proposed a grant to the BTS Center to visit churches around the country that had shifted, and “actually did better after going to part time. … I went to those churches to learn from them.” 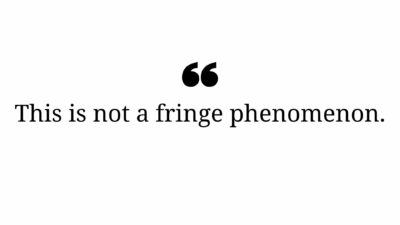 Q: What does the research show about how many churches are using part-time pastors? What are the demographics?

A: The National Congregations Study from Duke University, with data from 2019, right before the pandemic, found that about 43% of mainline churches had no full-time paid clergy. “We’re still getting our arms around what [ministry looks] like after the pandemic, or whatever we are in now. There is a lot of speculation that that number may have increased.” But an essential takeaway from the data is that part-time pastors are “very normal. This is not a fringe phenomenon.” In the Episcopal Church, only about half of their working priests serve full-time in one setting — the other half work in some sort of part-time arrangement.

Some small churches have always had part-time pastors. “Some of these would be small rural congregations, but it’s increasingly a phenomenon that we also see in the suburbs, in cities.” 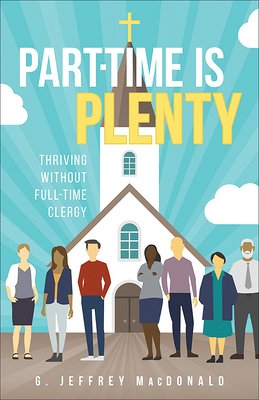 The Hartford Institute for Religion Research found that in 2020, 70% of Americans who attend church regularly go to a church that has 250 or more people in worship on a weekend. “The other side of that coin is the other 30% of Americans who regularly attend church are spread across the vast majority of churches. Churches that used to be mid-sized are now becoming small. So this is very much a growing trend,” particularly for mostly-White churches.

“[Churches] that are predominantly Black or predominantly Latino … (as well as) immigrant churches and Asian churches are much more familiar with this (part-time) model. Some of them have been doing it for generations. … They would be surprised if their pastor didn’t have a secular job or something outside the church.”

Q: Psychologically, what’s it like for a congregation to go from having a full-time pastor to part-time leadership?

The congregation also needs to reconsider what ministry work gets done, and how responsibilities are shared. If the part-time pastor isn’t available, “then do we have a new responsibility to each other? … Who goes to the hospital if there is a car accident that day? The deacons and elders will play some new roles.”

While challenging, these changes also can be exciting. “They push all of us as Christians back to discipleship … The days of riding the coattails of a professional Christian are not here anymore in these settings. That can lead to growing pains and some discomfort and anxiety, but ultimately, it’s a very good thing for spiritual maturity. If financial constraints are the tool that God wants to use for that to happen in our time, then so be it.” 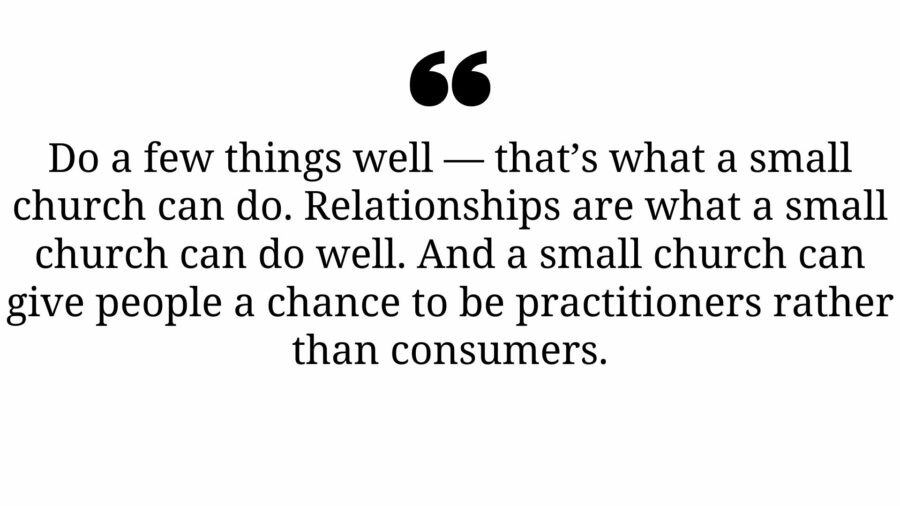 Q: What makes the difference between small churches that do well with part-time pastors and those that struggle?

A: Part of it is whether the church has planned for change – been strategic – or just kept doing the same thing until it was no longer sustainable.  “Sometimes churches just fall into this. … We haven’t planned for this, we just looked at the checkbook and we don’t have any other choice.”

When the pastor’s role becomes part-time, a congregation can take stock of its assets and sense of call and make a strategic decision about what to focus on — and what to let go.

“The ones that just kind of take a scissors to the job description and say, ‘Well I guess we can’t do 60% of what we used to do because we don’t have a full-time pastor to do it anymore,’ they’re the ones that really struggle. … It doesn’t have to be that way.”

Q: Do some small churches make a decision to just focus on doing fewer things?

A: “They don’t have to do everything. … You’ll find yourself stretched too thin and burned out” if you do.

Another successful strategy: “Make room for partnering. We’ve got fewer people than we used to, and they’re older than they used to be. We don’t have the strength or the energy or the money to mobilize the big thing we used to do.”

But congregations can tune into the energy and passions of the surrounding community, and become part of a bigger effort. “The church has a building, the church has volunteers, the church has connections. … What can we do [so] we don’t have to run from soup to nuts by ourselves?”

First Parish Church in Newbury, Massachusetts, the congregation that MacDonald formerly served, was approached by another church that was closing – with the request that the Newbury church take over a small food pantry that served a handful of regulars and which otherwise would shut down. They asked, “Do you have a closet where you can store some food so we can tell them they can come to you now?’ At first, the governing board said ‘No, we don’t

have room.’ I said, ‘What are you talking about? You have a gigantic church building and there’s hardly anyone here.”

Once the Newbury church said yes, the congregants began looking for partners for the project. A half-dozen local churches sent volunteers, and the pantry

grew, handing out meat, dairy and produce, along with shelf-stable food. When the pandemic hit, the demand grew even more, and the sanctuary of the Newbury church was given over to food storage.

“It was still a tiny congregation that never could have done this by itself. But the church was open to letting its building be used” and to cultivating new partnerships, including with a nonprofit that gleans the fields of farmers for donations of fresh produce. People rented community garden plots behind the church and donated some of the vegetables they grew. “Now they give away over 10,000 pounds a month” of food, and have built a small building to house the pantry.

Q: What are some examples of small congregations thinking differently about how to use and leverage their property?

A: “Thinking about flipping the script – where instead of having the building be an expense that a small group of people has to cover, is there a way the building can generate income for ministry?” or provide space for ministry that can be done in partnership?

Some churches provide space for nonprofits, for classes and concerts, for musicians to practice, for an immigrant church to worship. “One of the themes is how financial constraint is pushing churches to partner in more ways — to not be islands unto themselves.”