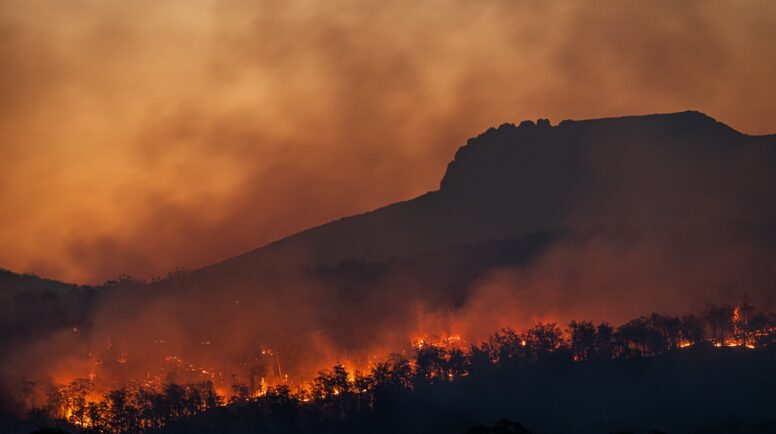 Photo by Matt Palmer on Unsplash

To push back against efforts to use investor funds as a way to mitigate the impacts of global warming, the attorneys general in 19 conservative-leaning states are weighing in: issuing opinions that essentially conclude the only criteria that can be used in managing public pension funds is the best return to the investor.

At issue: whether it’s fair for companies hired to invest and manage those funds to also take into account what are termed ESG factors – an acronym for environmental, social and governance impacts.

In August, 19 Republican attorneys general sent a letter to BlackRock, the world’s largest investment asset manager, accusing it of pursuing a “climate agenda” and of using “citizens’ assets to pressure companies to comply with international agreements such as the Paris Agreement that force the phase-out of fossil fuels.“

In 2020, BlackRock signed on with Climate Action 100+, an investor-led initiative working to push companies emitting greenhouse gases to take the action needed to slow climate change. Through its Committee on  Mission Responsibility Through Investment (MRTI), the Presbyterian Church (U.S.A.) also is part of the Climate Action 100+ coalition.

The attorneys general who have issued the opinions include those from Kentucky, where the PC(USA) has its national headquarters, and Indiana, where the Presbyterian Foundation has its offices. In response, MRTI now is considering writing a public statement to Presbyterians who might question the theological and ethical underpinnings of the PC(USA) strategy for corporate engagement followed by selective divestment, which is set out in General Assembly policy.

During an MRTI meeting held via Zoom on Oct. 7, Rob Fohr, director of faith-based investing and corporate engagement for the PC(USA), described the opinions from the attorneys general as “the latest in the cultural wars” raging across the country. The language in the opinions is similar, and “they’re getting the talking points from some of the same places,” Fohr said.

While the opinions specifically address the handling of ESG with regard to state pension funds, the language is broad enough that he could see Presbyterian investors being “concerned or confused,” said Greg Rousos, president of the New Covenant Trust Company, a subsidiary of the Presbyterian Foundation.

One of the questions it raises: as Presbyterians look to invest their money, should the bottom line be the only concern? Or should socially responsible factors – such as the effect on climate change, public health and gun violence – be considerations as well?

Indiana Attorney General Todd Rokita, a Republican, issued an opinion Sept. 1 in response to a query from Eric Koch, a Republican state senator from Indiana. That opinion states that Indiana law requires that investing and managing trust assets be done “solely in the interests of the beneficiaries,” and to invest to further environmental, social or governance (ESG) goals “violates these duties.”

The New York Times reported in August that nearly two dozen Republican state treasurers had been working in a well-funded, coordinated fashion to stymie efforts to push companies to reduce greenhouse gas emissions.

According to Financial Times, Republican state treasurers have pulled more than $1 billion in asset management from BlackRock in disagreement over ESG policies.

BlackRock has pushed back, sending a letter in response to the attorneys general, pointing out what it calls “inaccurate statements about BlackRock’s motive” for being involved in ESG initiatives. The letter states: “Governments representing over 90% of global GDP have committed to move to net-zero in the coming decades. We believe investors and companies that take a forward-looking position with respect to climate risk and its implications for the energy transition will generate better long-term financial outcomes. These opportunities cut across the political spectrum.”

The opinions of the attorneys general essentially argue that “there is a sole criterion for responsible investing, which is maximizing value,” said Lindley DeGarmo, MRTI’s vice chair. But “religiously, obviously, we don’t agree with that.” Instead, the PC(USA) wants Presbyterians to consider “how do we as Christians regard value in our investing and the way we live our lives and the way we consume?”

MRTI agreed to appoint a working group to develop the draft of a question-and-answer statement that would explain the current PC(USA) policy on socially responsible investing, and the theological and ethical reasoning undergirding it. In other words, “here’s how we think about this as Reformed Christians, and here’s how MRTI puts it into practice,” Fohr said.

During the Oct. 10 meeting, MRTI approved the PC(USA)’s divestment and proscription list for 2023 of 123 companies, based on General Assembly actions. (See attachment, p. 16). That list urges PC(USA) divestment or proscription from corporations because of their involvement with:

The latest additions to the list were five oil and gas companies that failed to make sufficient progress in addressing environmental concerns, based on the metrics MRTI uses. The 2022 General Assembly voted to recommend divestment from Chevron, ExxonMobil, Marathon Petroleum, Phillips 66, and Valero Energy.

Still to come: discussion of another piece of General Assembly action — directing MRTI to engage with Walmart, Dick’s Sporting Goods and Kroger, three companies that sell guns and in which PC(USA) entities hold investments.

The assembly was responding to a commissioners’ resolution which sought to direct MRTI to immediately place all companies involved with the manufacture, sales and distribution of firearms and bullets on the PC(USA) divestment list. The assembly didn’t go that far.

But it did instruct the Advisory Committee on Social Witness Policy (ACSWP) to study the issue and report back to the 2024 General Assembly on whether firearms and ammunition should be considered “a certain class of enterprise” that the PC(USA) would not invest in, because “the nature of the enterprise is judged to be fundamentally and irretrievably incompatible with the nature and purpose of the church,” comparable to tobacco and alcohol.

Another question the assembly directed ACSWP to study: Whether the PC(USA) should expand the current policy, which prohibits investment in companies that manufacture and sell assault-type automatic and semi-automatic weapons, to include the makers of all guns.

MRTI will discuss those issues on Oct. 20 during the second part of its fall meeting.