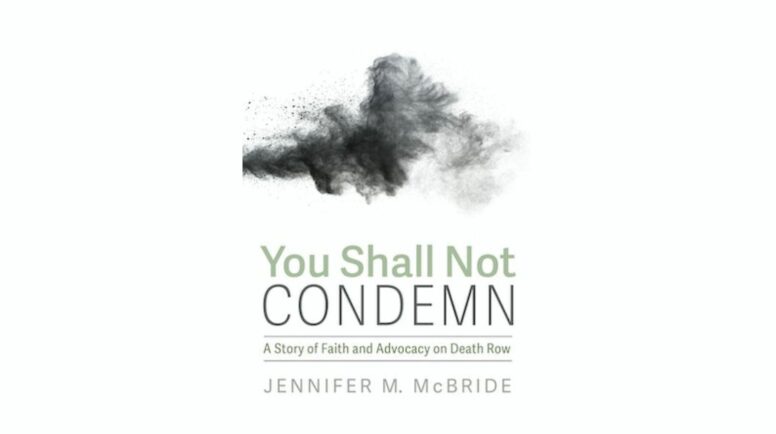 I had never heard the story of Kelly Gissendaner, a Georgia woman executed in 2015 for complicity in the murder of her husband. So I read with great interest Jennifer McBride’s account of Kelly’s story and case against the death penalty in You Shall Not Condemn.

McBride first encountered Kelly while teaching a Columbia Seminary theology class for incarcerated women. As Kelly and her classmates read Jürgen Moltmann’s Theology of Hope, Kelly experienced a prison conversion experience. Inspired by Moltmann, Kelly developed her own theology of hope which sustained her throughout her five years on death row. At McBride’s invitation, Moltmann joined in person to deliver the commencement address when Kelly and her classmates graduated from their course of study with diplomas in theology.

Following her gripping account of the unsuccessful international efforts she led to block Kelly’s execution, McBride shares the letters exchanged between Kelly and Moltmann, demonstrating the sincerity of Kelly’s conversion to a personal theology of hope, which she lived out with integrity behind bars until her execution. The letters also offer a valuable perspective on Moltmann’s deep Christian faith, beginning with his years spent as a young German POW in an Allied prisoner of war camp, where he was inspired by reading German theologian and martyr Dietrich Bonhoeffer’s own writings from prison.

McBride concludes with an extensive section on the biblical basis for a theological perspective that affirms life and opposes capital punishment. Her exegesis of scriptural material is clear, concise and convincing. Resurrection, not death, is the point of the Christian faith; as Christ invited the criminal crucified on a cross next to his to join him “this day in paradise,” so too as Christians we are called to live into resurrection here and now as we work to abolish hatred, violence, and retributive death sentences in the world today.

McBride also offers a word of hope for our time, as well as for those working toward a new vision of justice. “Christians today born to a living hope may partner with other communities of hope,” writes McBride, “with movements and organizations of every stripe, who are figuring out new ways to do justice without condemnation. Christians born to a living hope may gather together to worship the God of hope; to proclaim to one another the gospel of hope, namely, that a new world has begun; and to invite one another to ‘play your part in the new creation of all things!’”

If I would offer any critique, it is that McBride writes to an audience who already gives the Bible great credence and importance. To base her argument against the death penalty so heavily on a Christian interpretation of the Scriptures leaves out any further argument aimed toward non-believers or the ever-growing portion of the reading American public who would characterize themselves as “nones.” Regardless, You Shall Not Condemn is a compelling personal narrative of faith and redemption, as well as a thorough exploration of the biblical and theological basis for abolition of the death penalty.

Presbyterian Outlook supports local bookstores. Join us! Click on the link below to purchase You Shall Not Condemn: A Story of Faith and Advocacy on Death Row from BookShop, an online bookstore with a mission to financially support local, independent bookstores. As an affiliate, Outlook will also earn a commission from your purchase. 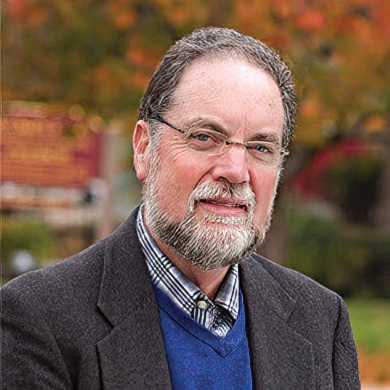 Rev. Tom Forster-Smith is a retired PC(USA) pastor who has both worked and volunteered as a jail and prison minister. He lives in Chicago, IL.