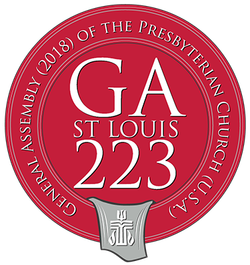 LOUISVILLE — In just two short months, the General Assembly Council will be asked to vote upon a proposed budget for the Presbyterian Church (U.S.A.) for the next two years. And one difficult decision the council will have to make at its meeting April 23-25 is how much to spend on international missionaries.

The bottom line: because the denomination does not have enough money, the number of mission co-workers serving the denomination overseas is dropping at what’s been described as a “precipitous pace.”

Hunter Farrell, the PC(USA)’s director of World Mission, said the denomination has 18 qualified candidates in the pipeline who feel called by God and are willing to go overseas — but the PC(USA) doesn’t have the money to send them. The PC(USA)’s international partners have identified 40 positions those partners consider particularly critical, but “we do not have funding for those,” Farrell said.

“It puts us in an awkward position with partners around the world. Sometimes it’s critical — sometimes it’s life-and-death stuff. It grieves us” not to be able to send missionaries because there’s not enough money, he said.

Farrell estimates it would cost $3 million to send 30 more missionaries for two years. But finding money to send more people out could mean making cuts elsewhere in the PC(USA)’s budget in April, if new funding isn’t found.

“Friends, it’s our job” to make those tough choices, former General Assembly moderator Rick Ufford-Chase told the council Feb. 15. “It’s not the staff’s job to make the painful decisions” about what to cut if that becomes necessary.

And “if we tell the church that we are committed to mission,” but don’t back that commitment up with dollars, then “we’ve missed the boat,” Ufford-Chase said.

In response to the concerns about missionary staffing, the council voted Feb. 15 to affirm “the priority of maintaining an appropriate number of PC(USA) international mission personnel.”

It instructed the denomination’s top staff to come back to the council’s meeting in April with a funding proposal. Linda Valentine, the council’s executive director, told a committee on Feb. 14 that her team likely would return in April with several scenarios — giving cost figures to support 190, 200 or 210 missionaries, for example, and suggesting ways to fund each of those staffing levels.

The council voted to ask the staff to present that proposal in April “with special emphasis on new funding sources.” But, at Ufford-Chase’s urging it also added language to speak of the need to “prioritize our current mission dollars” in light of the declining number of PC(USA) missionaries.

Two years ago, a last-minute bequest saved positions of missionary co-workers, but that was a one-time gift that would cover those costs for only two years, so “that is a funding stream we need to fill,” Valentine said during a council committee meeting Feb. 14.

“We’re seeking guidance and an affirmation” of the importance of keeping PC(USA) missionaries overseas, Valentine said.

“This is visible enough, a concerning enough issue” that the staff leadership wanted to inform the council now, “so it doesn’t just pop up at the last minute” in April, Valentine said.

“It’s an urgent issue,” Farrell said during a meeting of two of the council’s committees.

Some council members expressed confidence that more money can be found.

“This is not great news,” said Ufford-Chase, now executive director of the Presbyterian Peace Fellowship. “But it’s the clearest bad news I’ve seen.”

Ufford-Chase said he had “begged and begged” for clear statistics on funding for overseas missionaries, and now he finally has some. Ufford-Chase said he watched the outpouring of generosity from Presbyterians following Hurricane Katrina, and “I remain totally convinced the money is there.”

Steve Benz, a council member who is executive presbyter of East Tennessee Presbytery, said “the momentum is there” at the grassroots to support international mission.

But council member Doug Megill from Pennsylvania cautioned that while “nobody wants to go through more downsizing,” the council needs to consider its priorities if not enough new dollars are found. “It’s our responsibility,” he said, “to consider hard choices.” 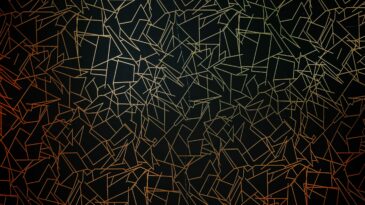