Have you ever been copied on an email that was only part of a conversation? It can be confusing and/or cause miscommunication when a number of emails have preceded the one that we receive. We can reply, “Was this meant for me?” or “I seem to be missing part of this conversation” or “Help — I don’t understand!”

When reading letters in the Bible, we can’t email back and get the background, context and the responses made previously. We get only, at best, one half of the conversation. We may wish that we could respond, “Help — I don’t understand.” When we read Paul’s second letter to the Corinthian church, it is uniquely difficult to interpret because the letter abruptly changes tone and is disjointed. Many scholars believe that 2 Corinthians contains part of two or more letters from Paul to the congregation.

So what do we do with 2 Corinthians so that we may glean its measure of meaning for today? We do the same things that we do with any good communication where people come from different perspectives. We seek to understand the background, the context and the language used. For example, if I am working on a team that gets legal advice about church property, I have to understand the language used in the law, the context in which a particular law is used, what the law says, what the law means and how the law applies to our contemporary situation.

Elizabeth Hinson-Hasty, author of “Reconciling Paul: A Contemporary Study of 2 Corinthians,” does much the same thing. At the beginning, she frames the study by examining the importance of context: our own context in the 21st century and the context in which Paul wrote. She lifts up biblical meanings of significant theological concepts. Hinson-Hasty illuminates how the gospel turns upside down both ancient and contemporary understandings of power, authority and honor.

Our understanding of Scripture can be deepened by becoming more aware of the lens through which we see these ancient writings. Do we take Scripture at face value looking for the “right answer”? Do we dismiss portions of Scripture because we believe it cannot speak to our time, so vastly different from the ancient world? Do we dig to see how the original audience might have interpreted the text? Do we believe that the Holy Spirit can give us insight and fresh meaning in the light of contemporary issues? Do we ask, “Was this message meant for me?”

Hinson-Hasty focuses on some of the seismic shifts in our own culture and church. Churches are facing the issue of declining membership. Protestant mainline churches are the worship home to only 18 percent of the U.S. population. We face profound disagreements over theological differences. The cultural landscape is more diverse. We live in a worldwide market place with gross inequities between wealthier and poorer nations, men and women, races and ethnic groups. The very creation is at risk as human beings exploit each other and the earth.

Ancient Corinth was a city colonized and controlled by Rome. As a trade center, more than goods were exchanged. Ideas, schools of Greek philosophies and religious beliefs interacted. Jews and Christians would have been in the minority in this polytheistic world. Corinth was also known as a hotbed of sexual promiscuity. Ideas and people were bound to collide, and the Corinth church struggled to define what it meant to live as followers of Christ. There were conflicts not only with the prevailing winds of culture but also within the leadership of the church. Perhaps we will find some parallels between our own lives and that of those ancient Christians.

Like shucking corn, Hinson-Hasty peels back the layers of interpretations of 2 Corinthians to get to the kernels of what Paul’s writing meant to this first century church and the nutritious value for us today. She writes, “We will turn our attention to Paul’s second letter to the Corinthians in order to understand what was considered good, right and true in the ancient world, and we will take the risk to place our own personal and communal beliefs, convictions, and practices in conversation with our reading of biblical stories and teachings.”

Studying Scripture can be a dialogue between the past, the present and vastly different perspectives. It is work to engage in such a dialogue. Yet as people of the Reformed tradition, we believe that the Holy Spirit is part of the conversation, helping us to see with fresh eyes how God is still creating something new.

Elizabeth Hinson-Hasty chairs the department of theology at Bellarmine University. In addition to teaching theology, she also co-directs the university’s peace study program. She brings her passion for and research in issues of poverty, wealth inequities and social justice to her thinking of how 2 Corinthians speaks today. 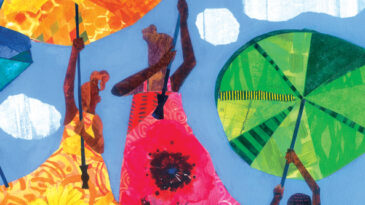