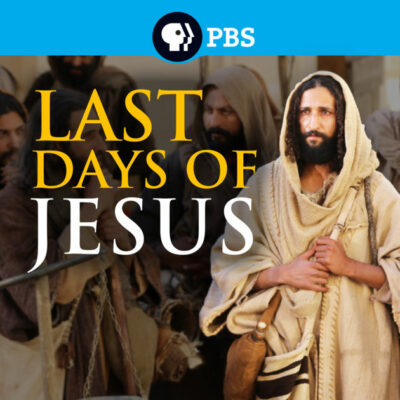 This documentary does a nice job of interviewing scholars of ancient Roman history to inform the public about what was going on in Rome during the reign of Tiberius Caesar. However, when other persons are interviewed about how events in Rome related to the last days of Jesus, we have left the realm of responsible scholarship. Two of the persons interviewed throughout the documentary had previously co-authored a book that claimed to “decode” the New Testament and discover that Jesus of Nazareth was actually married to Mary Magdalene. The case for this view has been soundly rejected by the vast majority in the academic community.

So briefly, what is their “new theory” about the last days of Jesus? Supposedly, Herod Antipas, ruler of Galilee and Perea, and Sejanus, the praetorian prefect to the Emperor Tiberius, conspired to use Jesus of Nazareth to advance their own power and careers. Sejanus aspired to be emperor and Herod Antipas wanted to be king of the entire realm of his father, Herod the Great. Sejanus and Herod Antipas devised a plan to install two messiahs: Herod Antipas as the royal messiah/king of the province of Judea and Jesus of Nazareth as the priestly/spiritual messiah with authority over the temple and its priests. The success of this plot would benefit Sejanus because, once he seized power in Rome, Herod Antipas in his new role would guarantee peace in Judea.

Let me offer two major criticisms of the documentary. The first concerns the conspiracy theory, the second involves the portrayal of Jesus.

We know about Sejanus’ palace intrigue and various suspicions that surrounded him from the late first century Roman historians Suetonius and Tacitus. Neither, however, mentioned Herod Antipas or Jesus in connection with Sejanus’ scheming. The same is true of the Jewish philosopher, Philo. Philo stated that Sejanus expelled Jews from the city of Rome because he knew that the Jews would take the side of Tiberius if Sejanus’s plot was discovered. It is only the Jewish historian, Josephus, who recorded that Herod Antipas conspired with Sejanus. However, like all of the other ancient authors, Josephus wrote nothing about Jesus in this connection.

The documentary conjectures a role for Jesus largely from the fact that when Jesus overturned the tables of the moneychangers in the temple, he was not immediately arrested. Jesus is said to have shut down the temple service for almost 24 hours, committed a serious crime and yet was allowed to get away. Roman guards were watching everything. Why did they not apprehend Jesus on the spot?

The reason offered in “Last Days of Jesus” is that these guards had instructions from Rome not to arrest Jesus. Sejanus and Herod Antipas had been funding the Jesus movement through Joanna, a Jesus follower and the wife of Herod Antipas’ chief of staff. This funding, and the conspiracy behind it, were actually supportive of Jesus’ takeover of the temple. The conspirators wanted Jesus to be successful in overthrowing the temple authorities.

To explain how the conspiracy ultimately failed, the documentary has to stretch “holy week” into a “holy six months.” The conspiracy of Sejanus and Herod Antipas came to nothing because something happened unexpectedly back in Rome. Tiberius was informed that Sejanus was planning a coup d’état and Tiberius had Sejanus executed in the fall of 31 A.D.   This means that Jesus must have been alive until then (even though the most probable date for the crucifixion is 30 A.D.).

Thus, on this theory, the only event that happened during Passover was the overturning of the tables in the temple. It was months later, during the Feast of Tabernacles, that Jesus made a triumphal entry and had the last supper with his disciples. The scene in the Upper Room was necessitated by Sejanus’ sudden execution. This gathering is characterized as a failed strategy session. What should Jesus and his disciples do now that they had lost their backing from Rome? Their case was hopeless. Judas, the only one who stayed true to the revolution, betrayed Jesus. Jesus was arrested and imprisoned. The chief priests pressed for his execution. Pontius Pilate, unsure of what to do now that Sejanus was out of the picture, equivocated a bit, but finally had Jesus crucified after Tiberius made it clear that local customs were to prevail.

We might wonder why the New Testament Gospels do not mention Sejanus. According to the documentary, the authors of the Gospels were aware that the Roman Senate tried to wipe the memory of Sejanus from all public records, making it a crime to mention his name. But, as we know, ancient Roman and Jewish authors write about Sejanus.   Thus, nothing prevented the Gospel writers from likewise naming Sejanus and relating any suspicions about him. The Gospels do not mention Sejanus for the simple reason that Sejanus had nothing to do with the last days of Jesus.

In fact, there is absolutely no evidence that either Tiberius or Sejanus even knew about the existence of Jesus of Nazareth. It follows that if there is no conspiracy involving Jesus, there is no need to expand holy week into six months in order to connect the death of Jesus to that of Sejanus.

There is a second major flaw with the documentary and it concerns the portrayal of Jesus of Nazareth. The documentary makes the suggestion that Jesus’ father might have been a wealthy building contractor and that Jesus had a privileged childhood and was well connected throughout his life. This hypothesis is offered on the basis of the archaeological site of ancient Nazareth, which includes a stone dwelling cut into a hillside. But it should be noted that Nazareth was a very modest village of about 200 people in the first century. Archaeologists have concluded that most of the dwellings were poorly constructed of fieldstones and mud with thatched roofs. The artifacts found do not include imported or luxury items of any kind, but are entirely agricultural in nature (grinding stones, wine-pressing vats, locally made pottery). The evidence overwhelmingly indicates that Nazareth was a peasant village and not a prosperous place as the documentary suggests.

Yet even more distorting is the documentary’s assumption that the adult Jesus was a revolutionary who headed a political movement bent on regime change. Jesus intended nothing short of establishing a new government. In this respect, Jesus was no different from other messianic figures of the first and second centuries.  The Messiah was expected to overthrow the Roman occupation, free the Jewish people and reign as king. It is difficult to square this view with the conspirators’ plot to give Jesus the temple and install Herod Antipas as king. Why would the Jesus they portray be satisfied with that?

In any case, we are told that the fact Jesus was crucified meant that his revolution also ended in failure. Yet in spite of this failure, the documentary ends on the note that Jesus’ death produced a new religion practiced by millions the world over. But why would Jesus’ first Jewish followers and subsequent Christians worship a failed and crucified Messiah? No explanation is offered.

The documentary can present Jesus as a political revolutionary only by ignoring his teaching. Jesus taught his followers not to retaliate when wronged, to love their enemies and to pay taxes to Tiberius Caesar. Clearly, he was a different kind of Messiah. If Rome was to be conquered, it was not to be with violence or weapons of war, but with love. The kingdom of God that Jesus proclaimed transcended any political reality and was focused on God’s purpose to save. That Jesus was charged with treason and crucified was a colossal miscarriage of justice.

God did not allow this injustice to stand. Jesus was not a failure to the Gospel writers because they believed that God vindicated him by raising him from the dead. His first Jewish followers worshipped a crucified and resurrected Messiah. Any account of the last days of Jesus should end with Easter Sunday, otherwise the story and its aftermath make no sense. 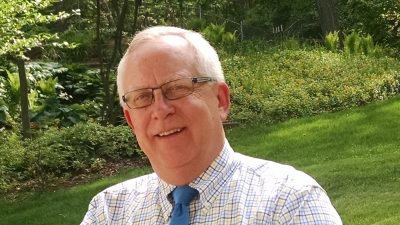 RANDY ARGALL is the pastor at First Presbyterian Church in Green Bay, Wisconsin. He has taught at the University of Jamestown, and as an adjunct instructor at St. Norbert College.

Read more about the documentary and watch it on the PBS website. 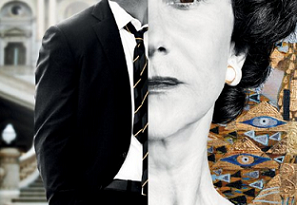