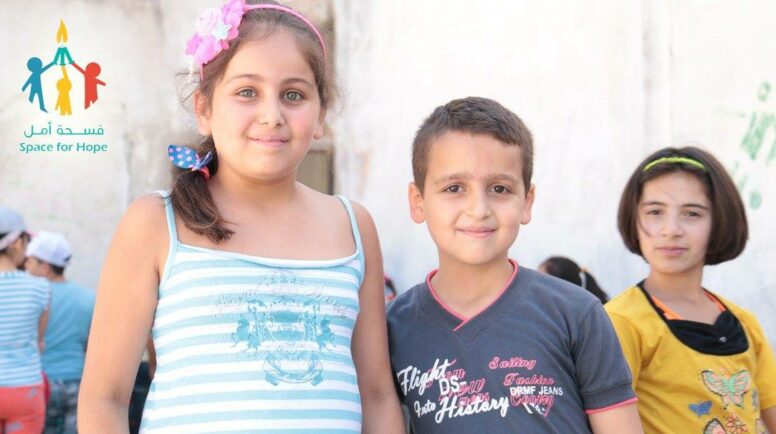 In October, I spent two weeks traveling through Lebanon and Syria.

The trip was organized by Presbyterian mission worker Elmarie Parker. Our group of 12 was a cross-section of pastors and members of Presbyterian churches in Georgia, Texas, Oklahoma, New York and Ohio. The trip was framed around the theme of “encountering hope in the midst of lament.”

Six members of our group crossed the land border in northern Lebanon and spent three days in Syria visiting the churches and ministries of the Presbyterian Church there, called the National Evangelical Synod of Syria and Lebanon (NESSL).

Before the civil war in Syria, the NESSL had 20 churches around the country. Since the start of the civil war, some of those churches had to close due to fighting and occupation by militants. Our group spent two days in Homs where we visited the Presbyterian church there and learned about their profound and impactful ministries.

Between 2012 and 2014, Homs was hit hard by the civil war. Large swaths of the city were occupied by Islamist militants, including the area where the Presbyterian church is. In 2014, the militants were expelled and a local peace treaty was signed (which has held up). Many Presbyterians and other Christians left the city for their safety between 2012 and 2014, though many stayed. Since the signing of the local peace treaty, people have been coming back. Homs and its residents are rebuilding in the hope that the war will end and they will be able to resume their lives. During our time in Homs, we saw collapsed buildings and walls with artillery damage. But we also saw refurbished buildings, reopened restaurants and a thriving downtown business district. We even saw a construction crane. While cranes are ubiquitous in just about every U.S. city, the sight of a construction crane in a country that is still in the midst of an active civil war is a huge sign of hope.

Another sign of hope is the youth and young adult group at Homs Presbyterian Church. Imagine 15-20 vibrant youth and young adults meeting in a city that was nearly destroyed in 2014. After interacting with this group, it became clear that they have fun and fellowship together just like our groups in the United States. But they also have a cause that they are working for, and it is just amazing.

The youth and young adult group of the Presbyterian Church of Homs has created a program called “A Space for Hope.” After more than five years of civil war, it seems like hope would be in short supply, but not with these young people. They decided that what kids need in this context is the opportunity to be kids. But they also want to break down barriers between Sunni, Shiite and Christian children in the hope that the next generation will find a way to get along and they will be able to live in peace. So they created a program that brings together children from around Homs and organizes fun and silly games and competitions (water balloon tosses, “Jeopardy”-style games, foot races and more). They have intentionally organized the teams to include Sunni, Shiite and Christian kids so that the kids learn they can work together and compete against each other in a spirit of friendly competition.

We had the blessing of spending time with the “Space for Hope” program and were blown away by the work that the youth and young adult group from the Presbyterian Church of Homs is doing. Many of the children they are working with have only known war. Even the 8- and 9-year-old children have spent most of their lives living under the cloud of the civil war. All of them have lost family members and friends in the civil war, and we saw the war weariness in their faces and their body language.

But when they come together for the Space for Hope program on the schoolyard of the Presbyterian school, they act like kids do the world over. Some of them mugged for the camera while we were there. They laughed, played and shared the joy of each other’s company and the opportunity to just be kids. And the youth and young adults running the program were embodying the love of Christ and being the hands and feet of Jesus to these children. They are creating the foundation for a future generation of peace and cooperation, all while letting kids be kids.

What spaces for hope are we creating in our churches and communities? This youth and young adult group in Syria is generating hope in the context of a civil war, sharing the love and light of Christ in beautiful, profound and fun ways. May we all seek to build hope in our own communities and contexts, and may we hold the Presbyterian Church of Homs, its members and all of God’s precious children in Syria in our prayers.

GREG ALLEN-PICKETT serves as the senior pastor of First Presbyterian Church in Hastings, Nebraska. Greg has an amazing partner in ministry in his wife, Jessica, and a gregarious and compassionate daughter in elementary school. They are loving life in central Nebraska with their ridiculous beagador dog named Luna.

Click here to read another blog by Greg about his time in Syria.