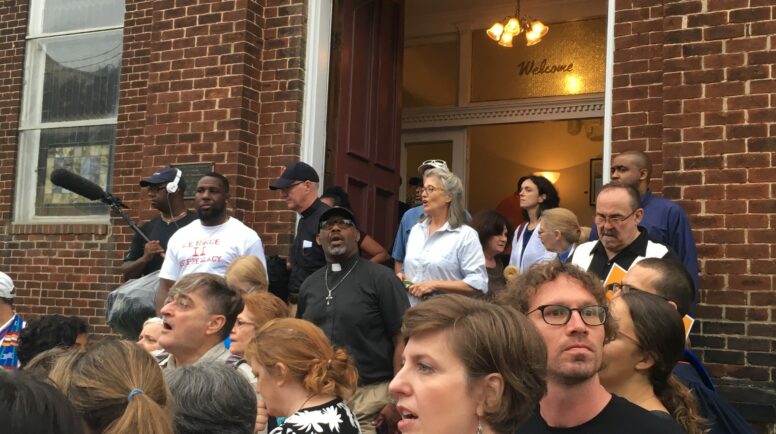 Many groups converged on Charlottesville, Virginia, last weekend, but only two sides were represented: good and evil, right and wrong. Affirming the inescapable nature of sin, the reality that none is righteous and all have fallen short of the glory of God, is no excuse for moral equivalence. White supremacists, neo-Nazis and the KKK came to this progressive, college town, the cradle of the American democracy, to escalate their “summer of war” as they chanted: “Blood and soil” and “Jew will not replace us.” They alone came to Charlottesville with this explicit, vile agenda.

I refuse to condone violence. I refuse to demonize another human being. I refuse to believe that anyone or anything is irredeemable or God-forsaken. I acknowledge my complicity with racism, oppression and injustice. I acknowledge the inherent racism, oppression and injustice in every institution in this country, including the church. I believe that God has the power to bring good from evil and is relentlessly on the side of the marginalized and vulnerable. I believe we are called to bless and pray for those who persecute us. I believe we are called to radical forgiveness. I believe that perfect love casts out fear. I believe that Jesus calls out evil and confronts it and therefore his followers are required to do so, too.

Cornel West in his sermon to those gathered at sunrise at First Baptist Church of Charlottesville on the Saturday of the Unite the Right Rally reminded us that we are dealing with some “twisted Christians.” These “twisted Christians” read the same Bible, go to worship on Sunday and pray God’s blessing on their efforts to “stop white genocide.” While we may not have heard such rhetoric in our pews or fellowship halls, the question for us is this: Have we denounced it there?

West proclaimed that in our country right now we are experiencing a “spiritual blackout … an eclipse of generosity, a callousness toward the other, an indifference toward the vulnerable and the least of these.”

Have we worked to restore the light or have we adjusted our eyes to the darkness?

Many groups descended on Charlottesville last weekend, but there were only two sides represented and one faithful response required.

When I returned to the safety and distance of my home on Saturday (while my husband, who works in public housing, continued to visit residents and walk around those communities), I wrote a prayer for our city. It wasn’t polished. It was from the gut, filled with language of hymns and Scripture, the language of my childhood faith. I wrote it in grief, still anxious about what nightfall would bring. It was widely read and shared, a private devotion made public. Many expressed appreciation for it. I am grateful if it was useful. A few called it “impotent words.” Another deemed it “insipid.” Yes to both, I guess.

Those initial raw words are wholly inadequate. All our words are, really. And yet, those words, God’s Word, given to us, matter more than ever. I have a beloved artist friend who gifted me with a painting shortly after I started as editor of the Outlook. It reads, “Changing the world one word at a time.” A lofty ambition. But one I take to heart because words create worlds. Words shape understanding. Words are the currency of relationships.

Saying aloud that the white supremacy is evil and rebuking neo-Nazi narratives and unequivocally proclaiming the KKK has no place in our churches or state is not enough. Words are never enough, but they are nonetheless critical. Many groups marched in the streets of Charlottesville, but there were only two sides: right and wrong. There is only one faithful response: Call out the palpable evil and work relentlessly for the good, in word and deed.

Do not ever use the truth of universal sin as an excuse for failing to call out real evil. Do not ever imagine that words don’t matter. Don’t ever pretend that there are many sides when there is only one right one.

Prayer of the Word, for the words

Word of God, Living Word, Word made flesh, trusting your promise to give us the words and believing your Word does not return to you empty, we are bold to speak in your name. We rebuke evil. We proclaim love. We call out hate. We pursue reconciliation. We stand with the oppressed. We pray for all. We seek your will always. We refuse to be on any side but yours, no matter the cost. Even as we recognize sin and death, we anticipate life and resurrection. In the name of One who came to save the world. Amen. 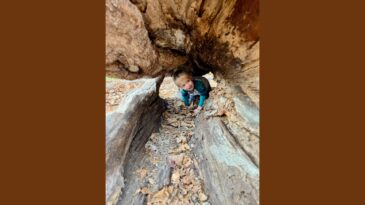 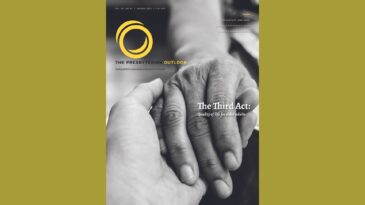