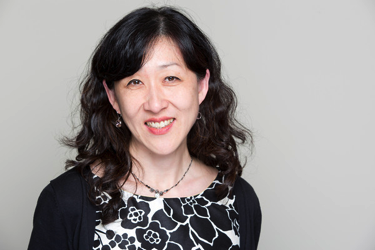 Editor’s note: Grace Ji-Sun Kim attended the 2015 United Nations climate change convention as a journalist, and in 2016 as an observer. This article reflects her opinions.

I attended the meeting in Paris in December 2015 where heads of state around the world formulated the Paris Agreement on climate change – what was formally known as the 21st meeting of the United Nations Framework Convention on Climate Change (COP21). The United States, under President Obama, joined 196 other countries in consenting to the Paris accord. It is the most promising global agreement to date to tackle the problem of climate change, an environmental phenomenon that is having devastating effects on the earth.

I was also present in November at the COP22 gathering in Marrakesh, when the results of the 2016 U.S. presidential election were announced. Many participants were shocked. Everyone knew Donald Trump’s well-documented tweets denying climate change. In the first six months of his presidency, President Trump announced plans to withdraw from the Paris Agreement and named an industry-insider, Scott Pruitt, who has voiced skepticism about the scientific consensus on climate change and written that the matter is “far from settled,” as the head of the Environmental Protection Agency.

This is not good news for the world. The U.S. is responsible for one-fifth of polluting global emissions. Climate change is happening and the new American administration refuses to recognize the problem. As Margaret Hartmann, an editor for New York magazine, noted in her June 2017 article, “What Quitting the Paris Climate Accord Will Do to the U.S., and the Planet,” pulling out of the Paris Agreement will be disastrous for future generations.

What does this mean for the Presbyterian Church (U.S.A.)? The church shares a moral responsibility to take care of creation. When we speak about creation, it includes the animals, the plants, the air we breathe and the water we need. To neglect stewardship of the earth goes against God’s commandment.

As Presbyterians reflect on the 500th anniversary of the Reformation this year, we must take seriously a necessary ecological reformation. Peoples around the world proclaim their need to take up climate actions to create a more sustainable earth. The PC(USA) must not wait for our government to help create a sustainable future. We must act.

How can we work towards sustainability? How do we begin to engage? We must first recognize that a climate problem exists. A National Aeronautics and Space Administration (NASA) report compiling research findings on climate change, which documents the consensus that had developed among scientists, states that “97 percent or more of actively publishing climate scientists agree: Climate-warming trends over the past century are extremely likely due to human activities.”

We must acknowledge that humans are the cause of climate change. Scientists describe a critical threshold to prevent the average global temperature from increasing by more than 2 degrees Celsius. Climate scientists show a reliable range for the earth’s temperature spanning 10,000 years. As humans burn oil, gas and coal, carbon in the atmosphere accumulates and continues to trap the sun’s radiation, raising the earth’s temperature.

For the first time in history, human activities are pushing temperatures above their natural range. In 2015, the planet warmed one degree Celsius beyond its range, accomplishing half of the 2-degree life-critical brink. (See the PBS News Hour’s report “Why 2 degrees Celsius is climate change’s magic number.”) Warming temperatures mean longer droughts, heat waves and disruptions in food supplies. They also mean higher sea levels, flooding and more refugees from starvation.

As people of faith, we understand the world through our understanding of God. We must work towards a green theology and try to live it. For millennia, cultures have associated the earth with a feminine imagery. We have referred to “mother earth” to emphasize fertility and the idea of the earth giving forth life.

Western Church doctrine and theology developed with dualisms where male is better than female, and heaven better than earth. In ranked opposition, care is required about what’s attributed as feminine and masculine. Earth, described as mother and associated with other feminine images, is easier to subjugate. Women and earth, viewed as inferior, are subject to domination in all forms. Objectified in language, women and earth are subject to rape and conquering, being damaged and trampled on. Consequently, the liberation of women and earth needs to be reimagined theologically to prevent further exploitation.

Churches around the globe are reimagining their roles in creation. The World Council of Churches (WCC), of which the PC(USA) is a member, is taking seriously creation care and how to make peace on earth. For WCC, making peace on the earth means making peace with the earth.

The Lutheran World Federation (LWF) is also prioritizing climate change in the work of the church. Caroline Bader, the LWF youth secretary, stated:

“The LWF, as well as deciding to divest, has been instrumental in the global campaign called Fast for the Climate, promoting a monthly day of ‘Fast for the Climate,’ building awareness and calling for individual and collective actions to stop climate change. One of our thematic approaches to the commemoration of 500 years of Lutheran Reformation is the theme ‘Creation — not for sale.’ We cannot continue to sell God’s creation for profit as we will seriously damage and destroy the earth. This is an important subject as the churches need to move forward in a time of ecological crisis.”

We need to continue to redefine church doctrine so that we can live a faithful and sustainable life. If we persist to teach damaging doctrines that view the earth as a commodity, we will eventually make the earth barren. We need to reimagine doctrine in light of our ecological crisis and begin teaching how we need to live a sustainable life, that is ecologically just and ecologically life-giving.

I think often of John Kerry’s closing speech at COP22 in Marrakesh: “It is not going to be governments alone, or even principally, that solve the climate challenge. The private sector is the most important player. And already we are seeing real solutions coming from entrepreneurs and academia.”

I strongly add that we the church need to be added to this list of important players. We are called to be the church, and that includes being the church for all creation.

Grace Ji-Sun Kim serves as associate professor of theology at Earlham School of Religion in Richmond, Indiana. She is an ordained Minister of Word and Sacrament in the PC(USA) and the author or editor of 12 books. She is married and the mother of three children.

Books by the author:

“Making Peace with the Earth”

“Colonialism, Han, and the Transformative Spirit” 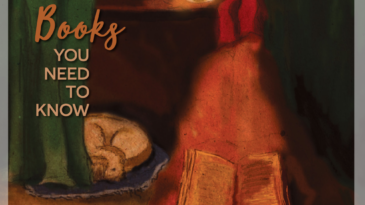 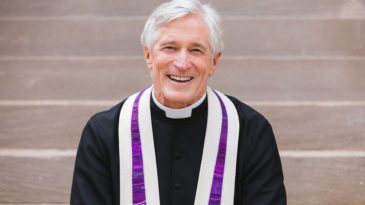 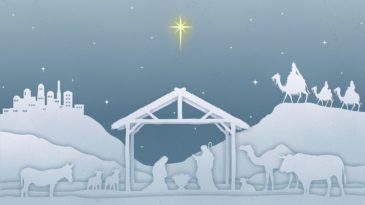