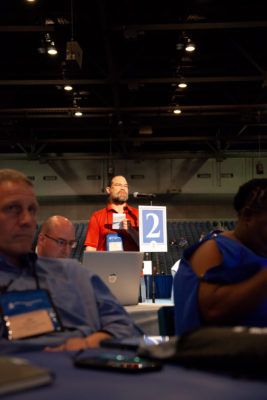 ST. LOUIS — Families who have suffered detention and separation from their children upon reaching the southern U.S. border have typically left behind a different, often deadly sort of trauma in their home countries in Central America.

The 223rd General Assembly of the Presbyterian Church (U.S.A.) is partnering with a Salvadoran church to help reduce levels of gang-related violence in Honduras, Guatemala and El Salvador that have led families to flee those countries in fear for their own and their children’s lives.

On June 21, the assembly passed an overture from the Presbytery of the Pacific that makes the PC(USA) a partner in working for region-wide and country-specific changes in policy sought by the Reformed Calvinist Church of El Salvador (IRCES). The vote to approve was 463-45.

Changes called for by the assembly would include: assignment of a mission partner to help develop a refugee and immigration advocacy network; ensuring that leaders from the region get heard by the U.S. government and have a voice in the PC(USA)’s immigration and refugee advocacy efforts; and investing in peacemaking in the three countries to reduce migration and reintegrate people who are returned from the United States.

In addition, the assembly directs Presbyterian World Mission to expand funding for regional leadership training in nonviolence in the three countries, in partnership with faith-related partners based in the region.

Carmen Díaz, who helps coordinate violence prevention efforts for IRCES, told the assembly that Central American governments cooperate with attempts to tamp down violence, but do not replace the need for services provided by churches.

PC(USA) officials estimate the initiatives in the assembly-approved measure would cost $526,621 during 2019 and 2020. Debra Avery, a teaching elder in the San Francisco Presbytery, said she believed paying for a mission coworker and associated costs “is the least we can do.”

The assembly also passed a committee’s substitute for a commissioners’ resolution. The committee’s alternative directs the stated clerk and the Office of Public Witness to communicate with domestic and international governments and agencies to encourage peaceful resolution of the divisions on the Korean peninsula. The resolution also authorizes agencies of the church to monitor progress toward reconciliation and denuclearization on the Korean peninsula, and it encourages the U.S. and other governments to lift sanctions on North Korea, as appropriate.

The rejected commissioners’ resolution would have created a seven-member task force to advise the 224th General Assembly on how to improve the Korean peace process and respond to the North Korean refugee crisis.

The vote to approve the committee’s version was 481-37. The assembly also ruled by voice vote that the action on this resolution served as an adequate answer to an overture from the Cascades Presbytery. 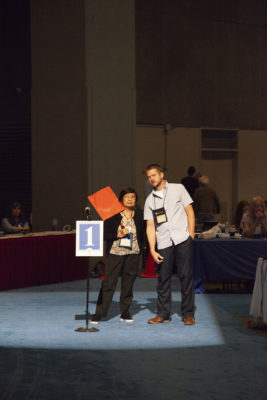 Acting on other recommendations from its Committee on Peacemaking, Immigration and International Issues, the assembly on June 21: 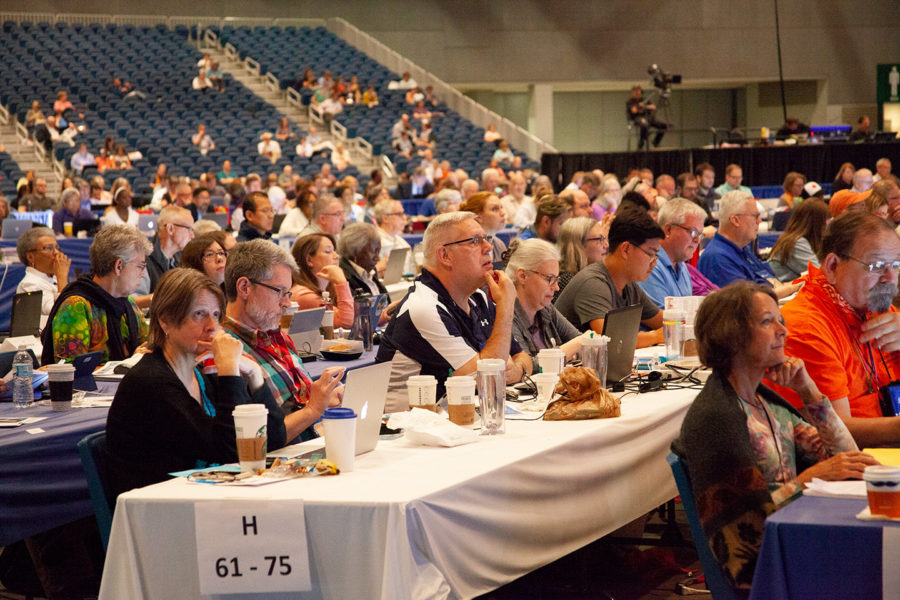