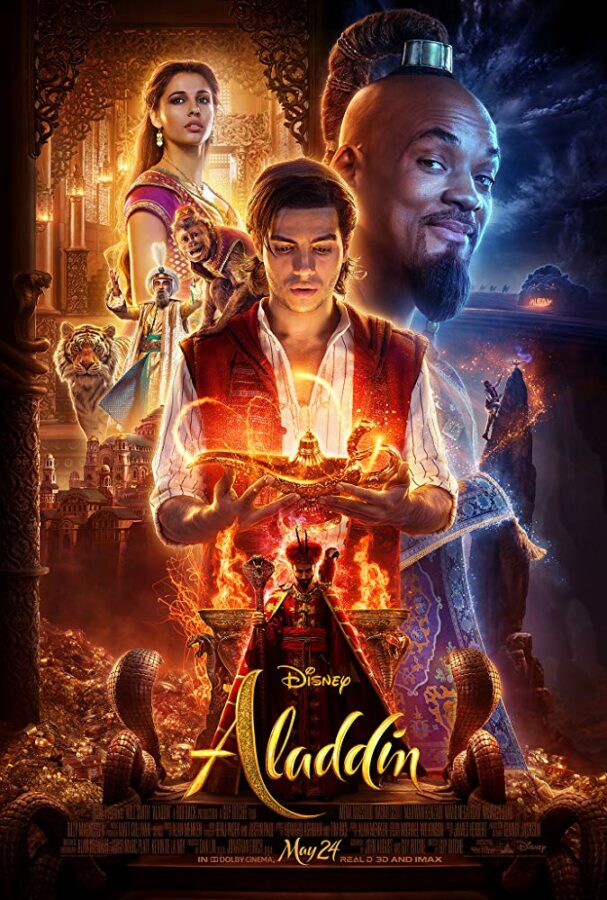 The new live-action movie “Aladdin” isn’t a new story at all. It’s an old story (even older than the 1990s, if one can imagine back that far) and is based on the tale“The Arabian Nights”from the 18th century. The 2019 “Aladdin” is re-told again by Disney and fitted for the times, including an updated storyline and the addition of several compelling characters. Disney and director Guy Ritchie also revamped a bit of story to add in several scenes and characters that complete “Aladdin” with a fresh spin for modern audiences.

While bits and parts are updated, much of the story remains the same. Lovable street urchin Aladdin (Mena Massoud), is a sort of Peter Pan in the Arabian world and steals so he and his monkey (and other poor he meets along the way) can eat.

In the midst of trying to secure food for himself, Aladdin runs into Princess Jasmine (Naomi Scott), who is undercover as a commoner from the royal court. Princess Jasmine sneaks out of the court under the guise of her handmaiden Dalia to get out from under the oppressive rules of her father (the sultan, played by Navid Negahban) in his attempts to keep her safe.

As Princess Jasmine/Dalia picks up a piece of fruit to give to a hungry child, the shopkeeper accuses her of stealing. Aladdin notices this and quickly introduces himself while falling for her, then steals Jasmine’s bracelet in an attempt to pay for the fruit. In an impressive two-for-one move, Aladdin ends up giving the bracelet to the shopkeeper and then ends up slyly pocketing it himself. Before we know it, we’re off to the races and the movie picks up steam.

In the background, meanwhile, lurks evil in the form of the advisor to the sultan, Jafar (Marwan Kenzari), calculating his next political move and capturing Aladdin. Jafar, sensing the same scrappy energy of former his former self in Aladdin, sends Aladdin on a dangerous mission to retrieve treasure from a haunted cave. After rubbing a magic lamp and wishing himself out of the cave, Aladdin makes his way out. The genie (Will Smith), is now under Aladdin’s rule in a delightful performance that’s both evocative of Robin Williams’ genie while at the same time being Smith’s own creation. But back to the action: Aladdin barely makes it out of the cave with his life and the lamp (and genie) is his.

Aladdin, using his second wish to be a prince, is then introduced to the royal court as Prince Ali of Ababwa, vying for Princess Jasmine’s hand in marriage along with other princes, who only see Princess Jasmine through the lens of forthcoming power and more lands to rule over, as opposed to a life partner. The sultan, of course, believes that instead of his daughter being the rightful heir to the throne, Jasmine’s future husband will be more aptly fitted for the role. Things get complicated again when Jafar sees Prince Ali/Aladdin and recognizes him as the previous street urchin, knowing full well he’s not a true prince.

Eventually however, good wins out. Jafar is undone, seen as who he truly is and removed from power. Aladdin and Jasmine do fall in love with each other for who they really are, underneath the undercover identities and despite the trappings of a classist society. Falling in love with each other for who they actually are, on a side note, is a worthy marriage challenge if I’ve ever seen one. And Jasmine, in an updated scene that seems both natural for the story and the current pulse of our culture, becomes the rightful heiress to the throne.

It’s a recommended movie if not only for the pivotal scene that again, was not in the Disney animated version: Jasmine’s own song that is not specifically in regard to her beauty. This time, the song has less to do with seductive dancing and more about stepping into her own inherent power as a leader with a heart for her people.

Watch for Jasmine’s song. It’s a song for the times that articulates the things that a Christian leader today should be known for: to not be silent — especially on and for issues for marginalized and oppressed people. And especially to not be caught speechless on the very things that matter most to us and those within our care.

It’s also a story that’s not unlike Esther — a woman in a position of power (though who came to power through slightly different means). But regardless of the invitation into leadership, what’s important about Esther is what she chooses to stand up for and risk: Esther’s own life for her people, the oppressed at that time. Esther stood for them even upon the possibility of her own death.

And while not the same, a similar redemptive thread weaves through “Aladdin” as it does in Esther’s story: to be a woman in a man’s world that stands up, even upon her own death or denunciation, is a very powerful thing. 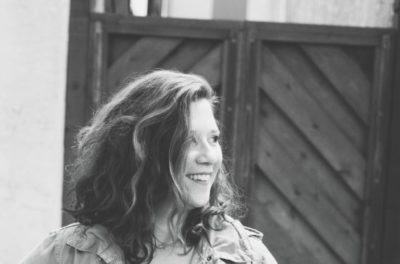 LIZ RASLEY is a writer, avid movie watcher and voracious reader. She resides with her family in Dallas, Texas.