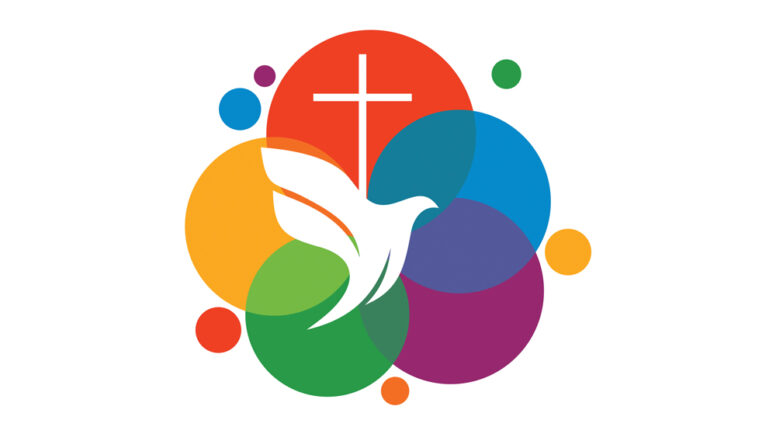 Over the past eight years, I have had the opportunity to work as a consultant with numerous congregations and presbyteries around the country, trying to help them face directly into the adaptive challenges all churches face.

Each church presents a unique case based on factors like size, average age of its membership, financial resources and location. However, there are also a few basic issues with which all churches wrestle in common. One of these basic issues is a shift in our polity that took place many years ago, but into which we have not yet fully lived. Two stories will help illuminate this issue.

I was asked by a presbytery to work with its Committee on Ministry. Like almost all Presbyterian leaders, the members of the COM knew they need to do things differently in the future than they had done in the past. Almost everyone across our denomination agrees things need to change; we just don’t know what those changes ought to be.

These COM members had read and discussed Tod Bolsinger’s book, “Canoeing the Mountains.” They could do a pretty good job of describing the difference between technical and adaptive change. They could talk about the importance of helping congregations make the turn from an attractional to a missional emphasis. Nonetheless, they felt stuck. Stuck and frustrated —and edging a bit toward despair.

As we talked, I asked them how many times they thought the phrase “Committee on Ministry” appeared in the Book of Order. The guesses ranged from 10 to 25. I then asked them to look up the phrase in the index at the back of the book, so that they could locate all the citations for it. There were some flummoxed looks as people began to thumb through the index.

“There aren’t any citations for ‘Committee on Ministry,’” one of them finally said. “There’s only a note to look up something called ‘Pastor, Counselor, and Advisor to Ministers of the Word and Sacrament and Congregations.’”

When they looked up that phrase in the index, they were directed to G-3.0307; but they still couldn’t find the term “Committee on Ministry.” Instead, the section charges each presbytery to “develop and maintain mechanisms and processes” to support pastors, commissioned ruling elders, certified Christian educators and the congregations they serve. Clearly defined COMs, they discovered, had become a more general “mechanism and process.”

As my time with the committee drew toward a close, I said I had a single recommendation for them. I asked all the committee members to bring their COM policy manuals with them to the next meeting, go out to the parking lot, put the binders into a pile and burn them. They began to laugh, but became more subdued when they realized I wasn’t laughing with them. Not much more was said about my recommendation. As far as I know, they have yet to light their policy manual pyre.

A year later, I was helping a session explore the possibility of using an intentional transitional co-pastorate, a model for pastoral transition to which a growing number of presbyteries are becoming open. 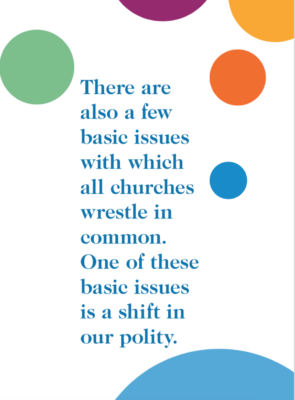 The church had all the marks of being a good candidate for the model. Its pastor had announced his retirement date a bit over a year in advance. It was a healthy congregation and clear about what its mission was going to continue to be. The congregation deeply appreciated its pastor’s service, but knew both he and it would be fine when he left.

The session’s primary worry for the ensuing transitional period was that if the church went through a traditional interim pastorate, it would lose much of the momentum it had built over the past several years.

The congregation planned on forming a Pastor Nominating Committee (PNC) and finding their next pastor while their current pastor was still in place. The two would serve as co-pastors for a few months, after which the longer serving pastor would leave. The more-recently-called one would then become the church’s solo pastor.

I encouraged the session to take its request to the next COM meeting to seek the committee’s blessing. The subcommittee that reviewed their request voted to recommend that the full COM allow it to proceed.

During the discussion of the motion before the full committee, the presbytery’s stated clerk said, “I know Jim says he is aware of other presbyteries that have allowed this process to be used; but I’ve talked with other stated clerks, and none of us see where the Book of Order permits it.” The committee took her concern into consideration, but still voted to allow this particular congregation to follow a different path.

Here’s the issue both of these stories help reveal.

The Book of Order developed for the Presbyterian Church (U.S.A.) after the 1983 reunion of the northern and southern streams of the American Presbyterian family followed the pattern of the documents used in both former denominations. Its Form of Government (all the “G” sections in the Book of Order) read like a regulatory manual, giving us pretty detailed rules about what we could and couldn’t do.

Over the years, amendments to it were typically prompted by a bad thing that had happened in a particular church, presbytery or synod. We made another rule everyone had to follow, a rule that usually had the effect of adding one more entry to the list of things we couldn’t do. It enabled a form of ecclesial gatekeeping based on case law precedent: encouraging doing the things “we’ve always done” and discouraging innovation.

In 2010, the General Assembly voted to approve a new Form of Government, a vote that was confirmed by the presbyteries the following year.

The “new” Form of Government (I hear some people using that adjective even today) was developed for the purpose of shifting the spirit of our polity, so that it would become a far less regulatory, far more permission-giving one. A document developed by the Office of the General Assembly to help sessions understand the intent of what is still our current Form of Government summarized that intent in this way (emphases are original to the document):

With greater freedom and flexibility, the new Form of Government encourages congregations and councils to focus on God’s mission and how they can faithfully participate in this mission. In offering a structure that is more horizontal than hierarchical, the new Form of Government encourages the church to be open to the guidance of the Holy Spirit as it seeks to be Christ’s body and live out its calling as a community of faith, hope, love and witness.

My sense of what happened is that this new freedom scared many of us to death. The new openness of the Form of Government meant that we were going to have to discern the way forward for each particular request presented to us, rather than having a set of rules that would excuse us from having to do that often-messy work. We find it hard to say “yes” to one church and “no” to another, even when it’s clear the first church’s mission would be enhanced by what they ask for while the second church’s would not.

So what did we do in the face of this tension? Most of the groups with whom I have worked will say they want the freedom to do whatever is best for a church’s or pastor’s ministry. However, they continue to take a regulatory approach to their work. The primary way they maintain their status as a regulatory body is by using the operations/process manual they developed under the older Form of Government.

This is the reason I recommended the COM with which I was working burn all their policy manuals. Presbyteries, sessions and committees need to let go of their older, more regulatory policy manuals and develop policies rooted in the radical freedom our Form of Government gives them.

Unless they free themselves to discern God’s will on a case-by-case basis, they will almost always unconsciously default to a conservative, regulatory approach. Until our councils learn how to “focus on God’s mission and how they can faithfully participate in this mission,” we will continue to struggle to discover those new forms of church God is so desperately trying to show us.

If you’re not quite ready to burn all your policy manuals, let me make an alternate – perhaps gentler – recommendation.

If we want to be open to the future-facing leadership of the Spirit more than to the precedents of the past, then we need to turn the Holy Spirit loose. 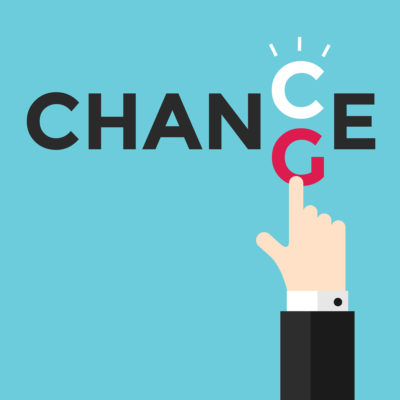 Making the shift from the language of “shall,” “must” and “cannot” to the language of “why not?” will make it more possible for us to notice where the Spirit is at work in innovative and life-giving ways.

Will this permission-giving approach create some messes along the way? Sure, but so does the regulatory approach. Will it be hard to say “yes” to one church but “no” to another in a very similar situation? Sure, but the work of true discernment always includes having the courage to say either “yes” and “no,” based on which answer will better enhance the church’s mission.

The wind of the Spirit is blowing through the church today with the gale force power of Pentecost. Let’s take the risk of unfurling the sails of our churches into that wind and see where God wants to take us. 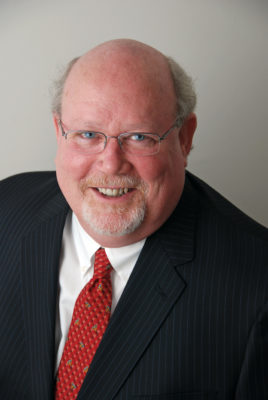 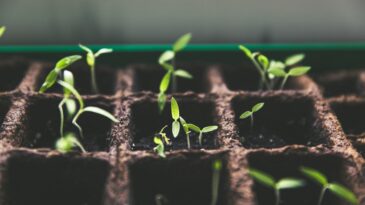