Montreat, North Carolina. A beautiful place. A complicated history. “Presbyterian Disneyland” as my husband called it. All these things were present at Montreat’s conference earlier this month, “CoInspire: Eviscerating Racism, Liberating Imagination.” Racism is a topic I would rather, in my white privilege, ignore. But life keeps convicting me not only to understand the nature of racism in the United States, but to actively fight against it. Attending this conference was one more step for me in this process of becoming anti-racist.

The central Scripture for the conference was Ezekiel’s vision of the valley of dry bones in Ezekiel 37. The prophet, who has witnessed the horrors of war and captivity, is brought by God to a valley that is covered in human bones. It ought to be a startling sight. But as Raj Nadella, professor at Columbia Theological Seminary, pointed out, Ezekiel has experienced so much trauma that he has lost the capacity to be shocked by the sight of a valley full of dry bones. This death-dealing reality has become normal to Ezekiel.

Several conference speakers observed that the death-dealing realities of racism and poverty have become normal in our society. We have lost the capacity to be shocked by yet another police shooting, another racist tweet and even by the fact that American communities like Flint, Michigan, still don’t have clean water to drink. Pastor and author Liz Theoharis passionately spoke about poverty and how quickly we quote Jesus (“you’ll always have the poor among you”) but fail to notice throughout Scripture how much God hates poverty (e.g., Isaiah 10, Micah 2). We believe that poverty and racism are inevitable.

The “inevitability” of poverty and racism are a convenient out for those of us with the privilege not to suffer from them. If poverty and racism are inevitable, then what’s the point of fighting against them? Aren’t we just cursed to push a boulder up a mountain only to watch it roll down again? We don’t have to hustle up the will to change if we believe at our core that change will never come.

In contrast, speakers and leaders invited conference participants to envision a different reality. Theoharis pointedly said that we have to end racism and poverty in our minds if we’re going to keep fighting to end those things on earth. Nadella noted that the core of the church’s identity is to do this imaginative work — to believe in and communicate a different reality, one of justice for all.

I found this definition of the church – of envisioning a new reality in which all is made well – compelling. It was far more compelling than the script I grew up with (“the church’s job is to get as many people into heaven as possible”). But it’s far more difficult work, especially for me as a white person.

Jennifer Harvey, professor of religion at Drake University, remarked that if racism becomes intolerable to white people, we will eviscerate it. The problem is, racism is tolerable to most of us white people, because whether we are aware of it or not, we benefit from racist structures and systems. Churches struggle to call us all to a vision that is broader and deeper and more inclusive. We believe in our bones that the poor will always be with us, and it dries us up. We need the same fierce intentionality and discipline that we give to other life passions to envision this better reality.

And that’s what it’s really all about, isn’t it? Intentionality and discipline. Unless we keep taking steps in the right direction, we’ll never get anywhere. And as a pastor, it’s especially incumbent on me to keep preaching this new and better reality. Keep us hopeful, O God. Keep us brave. 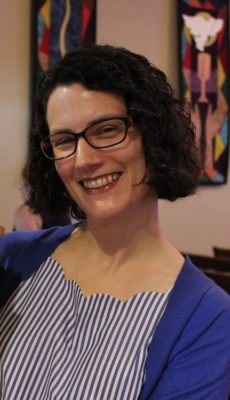 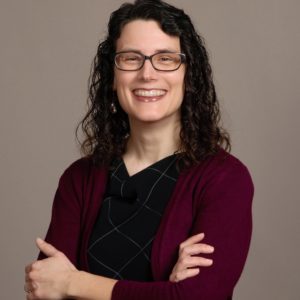