The Moving Forward Implementation Commission voted June 18 to take administrative action in five areas — with some of the actions intended to help the Presbyterian Church (U.S.A.) pursue a unified budget process over the next two years.

That action was taken one day before the 2020 General Assembly of the PC(USA) convenes — and just before it is recommended that Moving Forward transition from a commission (with the authority to act between General Assemblies) to a special committee, without that power. 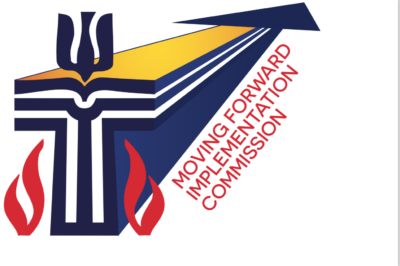 Some of the areas in which the commission has acted might clear the way to continue work that PC(USA) entities already are doing — for example, to work together to create a unified budget for the Presbyterian Mission Agency (PMA), Office of the General Assembly (OGA) and PC(USA), A Corporation (which is the corporate entity for PMA and OGA).

A “unified budget” is being presented to the 2020 General Assembly — but what exactly a unified budget means is potentially up for some debate. In this case, representatives from PMA, OGA and the A Corporation did meet for a closed-door budget summit in Chicago last November; did reach some agreement on ways to address budget difficulties OGA was facing; and did work together this spring to reconfigure the budget when it became clear that the COVID-19 pandemic would likely reduce income across the PC(USA) by perhaps 25% in 2020 and 2021.

What that process has not involved, however, is the idea that all the funds could potentially go into one pot — and that representatives from PMA, OGA and the Administrative Services Group within the A Corporation would decide together which priorities were most important for the PC(USA) and where the money should go.

“We shouldn’t kid ourselves,” Moving Forward co-moderator Marco Grimaldo said during a June 16 meeting via Zoom. “Really only emergencies have been the impetus for sharing funds,” and “it will take significantly more than that” to come to any serious conversation about “a single pool of assets that benefits the church.”

So the action Moving Forward took June 18 attempts to address that, in at least two ways.

Coordinating table. First, it directs the PC(USA) stated clerk, the president and executive director of PMA, and the president of the A Corporation to create a coordination table for discernment and collaboration that would include “the development of a unified budget process which results in a single budget for the three entities.”

It also calls on that coordinating table to create a memo of understanding (or more than one) to clarify the specific roles and responsibilities of each entity.

And Moving Forward “shall be responsible for coordinating the coordination and implementation of this table,” the action states.

Kathy Lueckert, president of the A Corporation, has said that after the 2020 General Assembly concludes and approves a unified revenue budget for 2021 and 2022, the governing boards for PMA, OGA and the A Corporation will have to make decisions in the months ahead for how to reduce expenses.

Suspend Appendix A.  The commission acted to suspend Appendix A of the Organization for Mission for the next two years. The action states that language in this appendix limits the ability of the entities to live into a unified budget process — and so the entities, in coordination with the Moving Forward Implementation Committee, “shall work together to create a new process of creating a single budget which incorporates all revenue sources” and both ecclesial and mission expenses into a “single process and approval vote.”

The June 18 action states that Moving Forward is encouraging “the agencies in the time of fiscal challenges to be bold and broadly collaborative,” and that PMA and OGA should “continue to explore the possibility of merger” of those agencies, and of moving Mission Engagement and Support, which is responsible for funds development for PMA, to the Administrative Services Group — which might mean that department would try to raise funds for both PMA and OGA.

It also indicates that Moving Forward – even if its status changes from a commission to a committee, as is being recommended to the assembly – plans to continue being deeply involved in discussions over the PC(USA)’s financial future. It states that Moving Forward will “together with the Special Committee on Financial Sustainability and Per Capita” present options to the 2022 General Assembly “for more effective means of both budgeting and funds development.”

Agency reviews. The commission recommends suspending the process of PC(USA) agency reviews until the 2022 General Assembly to create a “sustainable model for review processes” for the six PC(USA) agencies and the A Corporation.

Property and Legal Committee.The commission directed the Presbyterian Mission Agency Board to change the PMA Manual of Operations to reflect an action the commission took in June 2019 regarding the board’s Property/Legal Committee. This change reflects tension that emerged over the question of which entity has the authority to manage secular litigation involving the PC(USA) — an action taken after John Sheller, an outside counsel in a defamation case stemming from a PC(USA) ethics investigation, appealed a decision in that case to the U.S. Supreme Court. The Supreme Court declined to hear the case.

In that instance, the Moving Forward commission acted to “prevent immediate and future obstruction in the work and responsibilities” of the A Corporation board, the June 18 action states.