Syngman Rhee became the first Asian-American to be elected moderator of the Presbyterian Church (U.S.A.) during the first day of the 212th General Assembly, June 24 in Long Beach, Calif. …

After his election, Rhee told the Assembly that in spite of persecution his family suffered in Korea 50 years earlier – his father, a minister, was murdered and he and a brother had to flee for their lives – “God has been good to us. From those desperate days of war … until I came to this country 40 years ago, God’s grace and mercy has sustained my life.”

Rhee noted during his pre-election speech that he was hopeful about efforts to reconcile his native country. Last week the presidents of North and South Korea met for the first time since the nation was split by war. He called that meeting “a miracle” and said, “Reconciliation is possible in spite of difficult situations they face. It’s possible for the church, too … in God’s grace.” 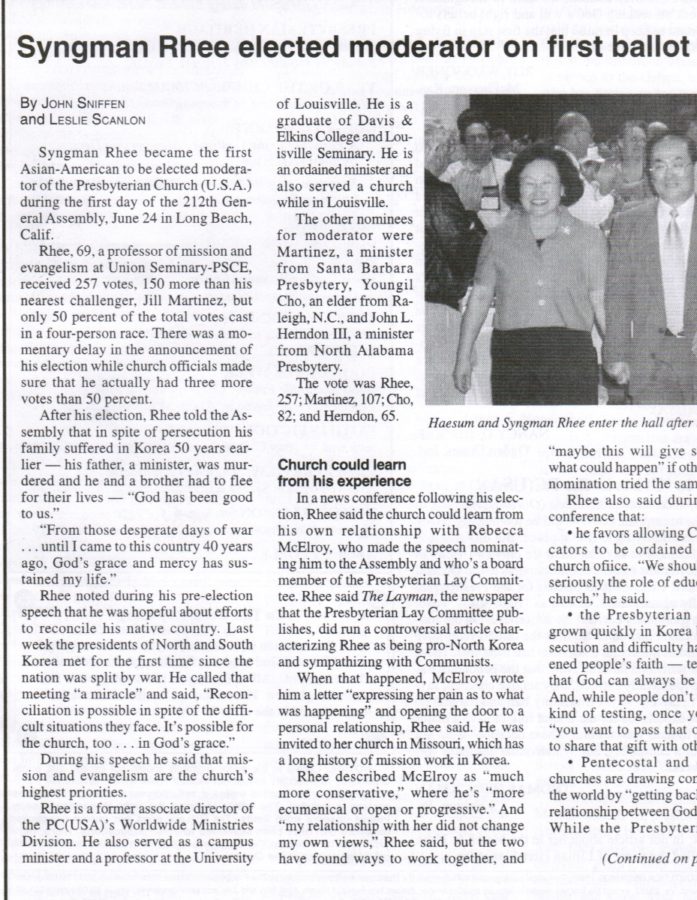