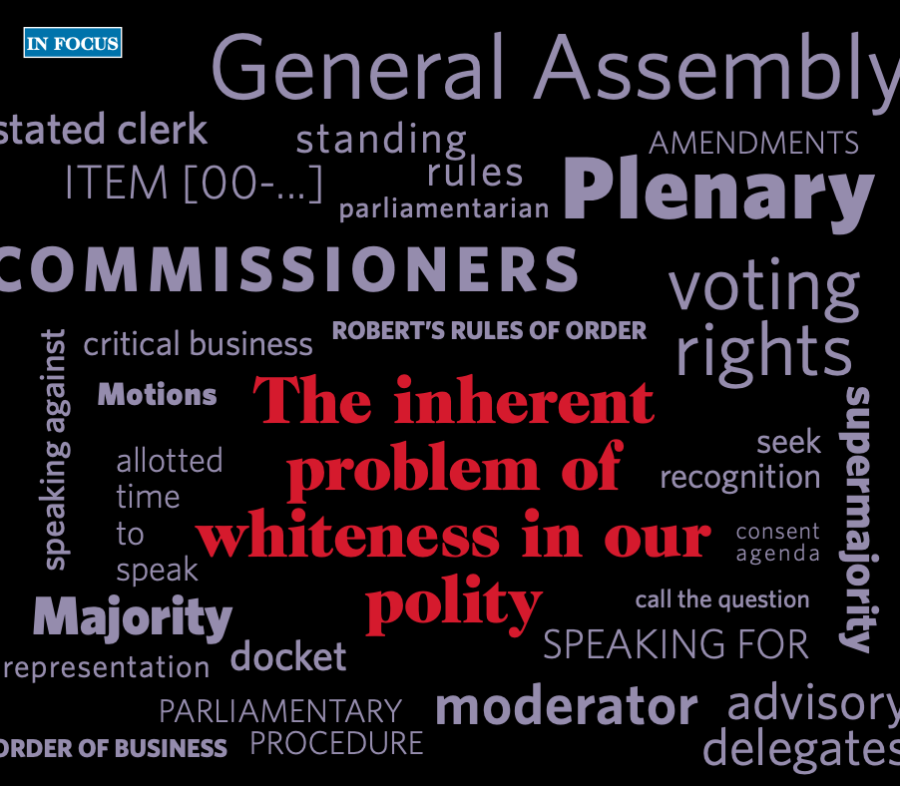 I left the 224th General Assembly questioning if our polity works in our fast-paced world.

I wondered if assuming commissioners’ knowledge about the terms of a stated clerk’s service or the role of the various Presbyterian Church (U.S.A.)’s agencies and their work was fair even for the most dedicated and diligent among them.

I know the young adults in my household would not sign up for hours and hours of meetings consumed with strategic parliamentary procedures, amendments and substitute motions that feel like an affront to the urgency and immediacy of their friends’ suffering. They and their peers are marching in the streets, updated in real time as to who is gathering and to what end. I struggled with fatigue at caring about reports faithful people have invested much time and effort in creating while knowing too many of them end up unimplemented even if well intended, packed with nuance and detail.

A few days and a little sleep later I concluded that the problem undergirding all these questions is the truth that our polity cannot be extricated from white supremacy. 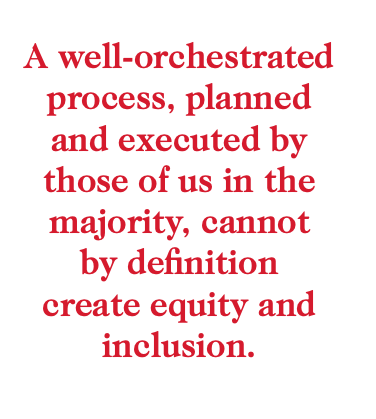 We Presbyterians pride ourselves on decency and order, on a process we boast brings people along, welcomes diverse voices and invites the to Spirit to work in community. However, when we rely on a polity that uses Robert’s Rules of Order – a tool that was created to ensure order, a tool built around majority rule while “acknowledging and respecting the minority opinion,” a tool that in our church exists in a reality where the make-up of the majority hasn’t changed – the end is violence and oppression of the minority under the guise of magnanimity and goodness of the majority.

Our decency and order will not usher in the kin-dom. Those who know the rules manipulate them. Those who feel comfortable in the world of process and procedure speak and speak and speak again. Our law-and-order polity creates winners and losers and tells those on the losing side to be thankful they were “acknowledged and respected” (even when they were silenced and disrespected). We are the Body of Christ, the household of God, called to be the beloved community, but we act as if we are a secular governing body interested not in doing the will of God, but in getting our way and perpetuating the status quo. When was the last time you employed Robert’s Rules of Order around your family dinner table?

A well-orchestrated process, planned and executed by those of us in the majority, cannot by definition create equity and inclusion. Those of us in the majority often do not even know what we do not know. People in power cannot dictate the terms of what justice entails for those upon whom injustice has been imposed for centuries. Passing policy, even good, thoughtful, well-intended policy, does not in and of itself make reparations for harm done, nor provide the means through which further oppression is prevented. Additionally, if the means through which those policies are passed inflict further harm to the very people they are intended to support, we pile on trauma.

Unfortunately, the structure of parliamentary procedure, in its emphasis on clamping down chaos and squelching conflict, prevents organic, real-time exchanges that could lead to honest learning and a change of course. The Holy Spirit, Scripture shows, often bursts on the scene through chaos, God’s order not established through false consensus. Jacques Ellul, a sociologist and theologian, called church position papers “evil little substitutes for grace” — and wrote that these statements “are a way of easing the collective conscience about events for which one feels responsible without being able to do anything about them.” Or, perhaps more accurately, we are unwilling to do anything about them. Austin Channing Brown in her book “I’m Still Here: Black Dignity in a World Made for Whiteness” writes: “White supremacy is a tradition that must be named and a religion that must be renounced. When this work has not been done, those who live in whiteness become oppressive, whether intentional or not.” Our polity as we exercise it now reveals that we have not done this work. 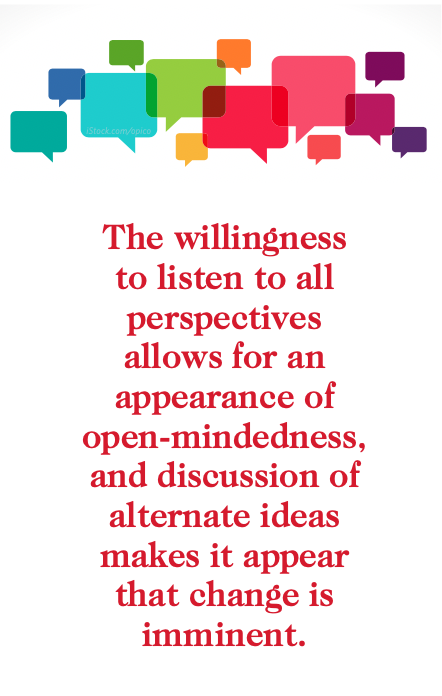 I am reading “Civilities and Civil Rights: Greensboro, North Carolina, and the Black Struggle for Freedom” by William H. Chafe. In the introduction, Chafe describes what he calls the “progressive mystique.” Greensboro believed itself to be “progressive” and ahead of other cities in the South, including on the issues of racial justice. After the Supreme Court’s ruling on Brown vs. Board of Education in 1954, Greensboro “became the first city in the South to announce that it would comply” with the court’s ruling. However, not until 1971 did “Greensboro integrate its public schools, becoming one of the last cities in the South to comply with federal desegregation orders.” How is this possible? Chafe argues that the “progressive mystique” contributed greatly to this reality.

This mystique emphasizes the need for consensus; nothing can be done until there is widespread agreement. However, there is “the importance of being hospitable to new ideas.” The willingness to listen to all perspectives allows for an appearance of open-mindedness, and discussion of alternate ideas makes it appear that change is imminent. Paternalism, noblesse oblige and a sense of responsibility for the “less fortunate” are part of this mystique and, Chafe notes, “surrounding all these motifs has been a pervasive commitment to civility as the value that should govern all relationships between people. … Civility was what white progressivism was all about — a way of dealing with people and problems that made good manners more important than substantial action.” Here’s looking as us, Presbyterian Church (U.S.A.).

Despite the fact that a majority of commissioners wanted to suspend the rules and address, in some way, the plight of Black women and girls at this assembly, our decent and orderly polity disallowed that movement of the Spirit because the standing rules required a supermajority of enrolled commissioners. When a member of the national staff, a Black woman, who has been working for years on racial justice issues, raised up that ongoing work and asked if the assembly might want to consult with those engaged in it, there seemed to be no mechanism to do so. The control so precious to our polity silenced the voices of those most intimately acquainted with the very issue the body was attempting to debate. Is our polity so inflexible that we cannot even have a conversation when we most need to hear and listen to one another?

I do not think our polity can extricate itself from whiteness and therefore white supremacy. When we put Robert’s Rules of Order above God’s law of love, we blaspheme the Holy Spirit and we wound the Body of Christ and we are all diminished as a result. While we perhaps hoped we could adapt and tweak our system of church government, we must instead dismantle and rebuild it from scratch, making sure the perennial majority does not dictate the de- and re-constructing.

Time and time again we have restructured our denomination, when instead God calls us to be born again. We are to be a new creation in Christ Jesus our Lord and that begins with demolishing the white progressive mystique and entering fully the mystery of God.

As we reflect on the virtual 224th General Assembly, I pray we will repent and lament, fast and pray, and ask the Holy Spirit to remove from us anything and everything that injures any member of Christ’s Body or harms the world God so loves. I pray we have the will, the fortitude, the faith to renounce white supremacy and do the work. 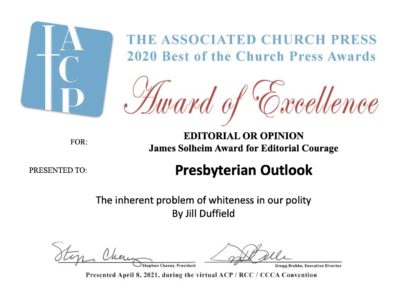