The 2022 General Assembly of the Presbyterian Church (U.S.A.) will be in Louisville, Kentucky – not Columbus, Ohio, as originally planned – and will be a mixture of in-person committee work and online plenary sessions.

That’s at the heart of action the Committee on the Office of the General Assembly took in closed session Dec. 3.

Rick Jones, communications director for the Office of the General Assembly, said in an email following that closed session:

COGA “also voted to find ways to honor all voices of the church, including those who do not feel heard by the church,” Jones wrote in the email. In a brief interview, he said exactly what that means is still being worked out, including whether that would mean changes in how General Assembly commissioners are elected. “They want hear diverse voices. … They want to make sure they are sensitive to people whose voices are not heard during General Assembly.”

While it’s not clear what COGA means by listening to those who “do not feel heard by the church,” there has been discussion in recent months – including remarks from J. Herbert Nelson, the stated clerk of the PC(USA) – of finding ways to give voice and perhaps vote in the councils of the church to leaders of immigrant fellowships. There has been ongoing debate over whether Young Adult Advisory Delegates should have vote in plenary. And there was criticism at the 2020 General Assembly of what some saw as the assembly’s reluctance to listen to the voices of Black women.

Nelson also has stressed the importance of public witness at the assembly – for example, at the 2018 General Assembly leading a march in downtown St. Louis in alliance with local activists working to end cash bail, and in June 2020 participating in the Poor People’s Campaign online Moral March on Washington.

It’s estimated the plan COGA approved for the 2022 assembly would cost about  $1.45 million – about $900,000 less than holding a full 8-day assembly in Columbus as was initially proposed, according to deputy stated clerk Kerry Rice. The new plan for 2022 does not call for renting space at a convention center, and the cost estimates includes cancellation fees for the change in plan for Columbus – which could be reduced if, for example, some of the space for  which the PC(USA) had made contractual commitments is rented to others, Rice said.

COGA has held much of the debate – if there has been any – about particular options and possibilities in closed-door sessions. So the discussion that took place in open session Dec. 3 before the vote seemed mostly an attempt to interpret what was happening — there was, for example, no presentation of a range of alternatives.

Nelson said he wants an assembly that’s nimble enough to address current contexts of ministry that’s not redundant – bringing up the same issues over and over until they pass – and an assembly whose impact lasts during the full two years commissioners are elected to serve.

Often, “we vote on many of these issues and we go home,” Nelson said. He wants the assembly to be a place of learning — with the voices of those brought in “who are working on these issues every day,” especially in justice work.

Stephanie Anthony, COGA’s moderator, and Eliana Maxim, its vice moderator, described four values they said undergird COGA’s decision about what kind of assembly to have in 2022:

Because of the COVID-19 pandemic, the 2020 General Assembly was held entirely virtually, with no committee meetings. Anthony said the pandemic has compelled the church to change – from congregations to the national church – and those disruptions have resulted in both pain from what’s been lost and a sense of innovation and empowerment for doing things in a new way.

Before moving into an hour-long closed session to take the actual vote on the shape of the 2022 assembly – with contract negotiation cited as the reason for doing so – COGA members talked in broad terms about the need to own what the Presbyterian church is now; to look forward and not back; and to think about “what we want to become as a church,” as Leon Lovell-Martin put it.

How quickly to move? “I guess I don’t want us to innovate to the degree that we are unrecognizable to our congregations,” said Sallie Watson.

Once a decision is made, the work will begin of bringing the strategy to reality through determining all the details, said COGA member Dave Davis. “The hard work is really just beginning.” 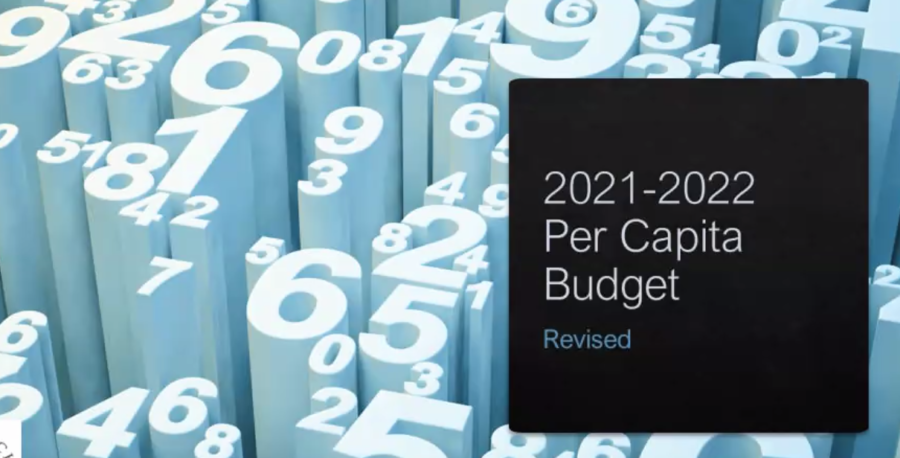 What COGA’s doing now is approving the expense reductions needed to needed to match the actual revenue the Office of the General Assembly expects to receive — which is projected for $11.8 million in 2021 and $11.2 million in 2022, compared with $12.3 million in 2020.

Some of the projections used in those calculations:

To achieve the cost savings needed, the Office of the General Assembly is eliminating eight positions already vacant, Rice said, and further staff reductions are not anticipated. Of 16 employees offered early retirement packages earlier this year, eight took the offers.

Because meetings are being held virtually and the staff is not traveling through at least June 2021, travel expenses are down.