The decision has been made: the 2022 General Assembly of the Presbyterian Church (U.S.A.) will be a hybrid gathering, with in-person committee meetings at the denomination’s national offices in Louisville, Kentucky, and plenary sessions held virtually.

Now the question is emerging: How much will it cost in renovations at the denomination’s office building to make that happen?

In order to make the in-person part of the assembly possible, some significant renovations are planned for the PC(USA) building at 100 Witherspoon Street along the Ohio River in downtown Louisville. That includes creating additional larger meeting spaces big enough for committee gatherings and the construction of a production studio and gender-neutral bathrooms.

Kathy Lueckert, president of the PC(USA), A Corporation – which is the corporate and administrative arm of the church – told the A Corporation board in a virtual meeting Feb. 12 that the timeline for doing that work is tight, with the hope of awarding bids in June and construction starting by August or September.

Lueckert said a “space designer” has already begun drafting ideas — which will involve relocating some of the PC(USA)’s staff to other parts of the building, and will also take into account the likelihood that some staff members may continue to work primarily remotely even after the COVID-19 pandemic ends and that the PC(USA) might modify more of the space to market it for rental to other tenants.

“We’re on a pretty tight time frame,” Lueckert said. And while a firm cost has not yet been determined – or exactly where all the funds will come from – she has about $1 million “earmarked in my head” as a possible cost. “That’s a guess.”

Some A Corporation board members raised concerns about that plan, although Lueckert made it clear that the Committee on the Office of the General Assembly  (COGA) is making decisions about the configuration of the 2022 assembly, and it’s her job to try to support COGA in implementing those decisions.

“I’m deeply concerned about doing this,” said board member Cynthia Campbell. “It’s going to be tremendously expensive.” Campbell said she wonders whether trying to use convention or hotel space would be less expensive and risky than trying to remodel the building.

Sam Bonner, who represents COGA on the A Corporation board, said the cost savings for this hybrid approach were substantial – it’s estimated the hybrid approach will cost about $900,000 less than an in-person General Assembly, even taking into account fees incurred from cancelling the original plan to hold the assembly in Columbus, Ohio.

And J. Herbert Nelson, stated clerk of the PC(USA), said “the world is changing” and the PC(USA) needs to adapt as well, with more focus on community engagement and less on overtures and policy statements — “the world is not listening to the church the way it has historically,” he said.

The way of doing work is changing as well. In 2020, the pandemic forced the PC(USA) to hold the General Assembly completely virtually – and Nelson said he’s been having conversations with representatives from other denominations and business groups that are asking questions about “how can they do the same kinds of meetings” as that.

But Campbell said she’s concerned about whether spending money to modify the building for this assembly, which she described as “a significant capital expenditure,” is good stewardship — particularly if it’s “for something we may not use again.”

Board member Tom McNeill said he thinks it would be wise to identify “swing space” – other spaces the PC(USA) might be able to lease in Louisville, should the building modifications prove too expensive or can’t be completed in time.

With such a tight time frame, “it wouldn’t be a bad thing to have a Plan B,” Lueckert said.

Board member Carol Winkler encouraged the board to think beyond this assembly – to the possibility, for example, of using the renovated facility for other Presbyterian gatherings, or for the production studio to be monetized in other ways. How might the investment “connect us to others in the world?” she asked. “It’s a leap of faith.”

Nelson said he sees this as a chance to explore more deeply “what is our community commitment here,” in a city that’s been rocked by the police killing of Breonna Taylor and where the PC(USA) has a chance to “be a light on a hill.”

The A Corporation Board also discussed other matters, including:

New PC(USA) website. Design work is continuing, Lueckert said, but the new website won’t be finished this year. In the meantime, “is there any way to improve the current one,” to “make it easier to find stuff?” asked Bill Teng, who is co-chair of the board along with Chris Mason.

Employees working remotely. Lueckert said human resources is developing guidelines for employees who may continue to work remotely even after the pandemic ends. Bonner asked that attention also be paid to those whose jobs require them to work in the building, such as the custodial and maintenance staff. “There is a great chasm,” he said, between professionals who have the technology and flexibility to work at home “and those who typically are non-professionals, less educated, more diverse, more Blacks and browns.” Bonner said he wants to make sure “the safety of those who have to come into the building is addressed distinctly.”

Vision. The board spent some time talking about the role of the A Corporation, and their hopes for what the board and the church can achieve. “Business administration is a spiritual gift,” and taking care of those tasks frees up others to focus on ministry, said board member Jason Micheli.

Board member Joyce Rarumangkay spoke of the idea of an “open church” – the COVID-19 pandemic has already torn down some of the walls, she said – where concerns about membership matter less and all are welcome to help in ministry, to help load the truck with supplies for those in need. She hopes the PC(USA) will become “more open to people outside our denomination.”

And McNeill thinks many “who have walked away from the church – my sense is these people are still people of faith. What is it we haven’t done to capture their presence?”

Nelson spoke of reconfiguring the PC(USA) in a way that “allows us to be seriously, seriously relevant. … The deepest question for me is purpose.”

The A Corporation board’s next schedule meeting is May 19-20, although Mason said he thinks another meeting likely will be needed in April to deal with matters involving the proposed building renovation. 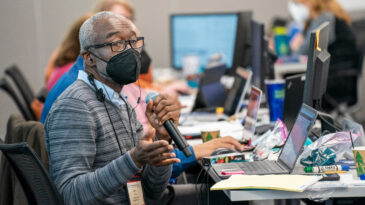 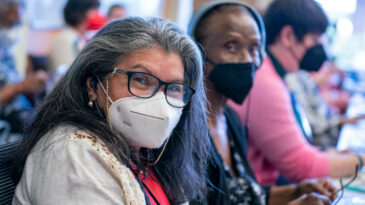