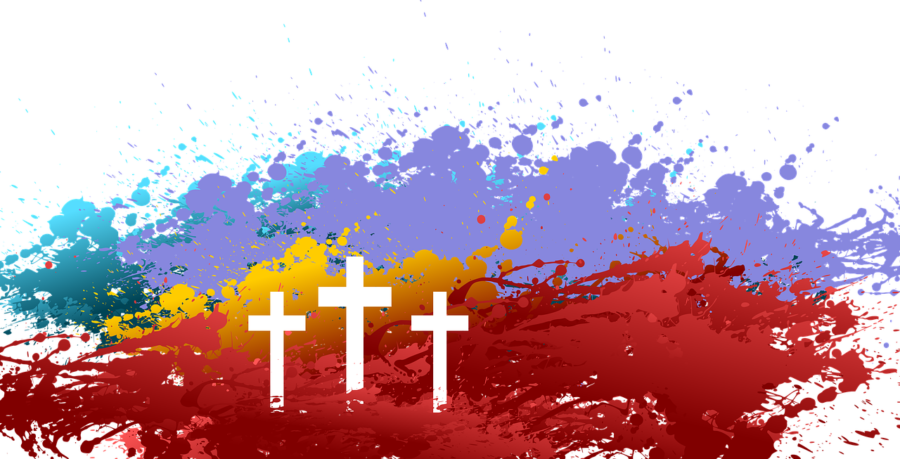 For the second weary year, churches are preparing to celebrate Holy Week – the holiest week in the Christian calendar – at a distance. The protocols and comfort levels vary from place to place, with some doing a version of in-person gatherings and others worshipping completely remotely.

By now, most congregations are far more comfortable with using technology in worship than they were a year ago — Zoom and virtual Sunday services and Bible studies seem familiar, not a novelty. Some churches are also feeling new tensions, as older parishioners get vaccinated and some push for a return to in-person gatherings, while younger pastors, church employees and worshippers may still be waiting in the vaccine line.

In the midst of all this reconfiguration, church leaders search for ways to make Holy Week meaningful, and bring creativity to the ancient story. Here are some approaches Presbyterians are floating as possibilities this year. 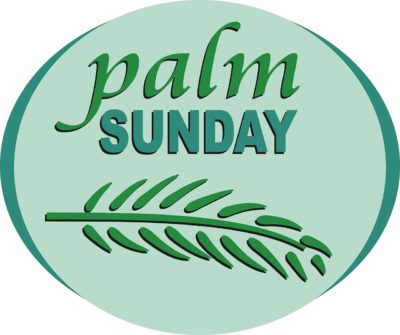 Video processionals. Last year, some churches asked families to send in photos or short videos ahead of time with children (and older people too) waving palm branches — then wove the video clips together into a virtual Palm Sunday processional, like this one at Oak Ridge Presbyterian Church in North Carolina.

There are lots of potential twists on the theme, according to social media discussions:

Car parade. One church plans a neighborhood car parade, with people waving palm branches or greenery from the windows, and dropping palms off at the homes of those who are home bound.

Take-away dinner. First Presbyterian Church of York in Pennsylvania traditionally hosts a free Palm Sunday dinner for the community. This year, as in 2020, the dinner will be take-away — ham, green beans, sweet potato and more, plus candy for the kids. Here are some photos from last year’s dinner. 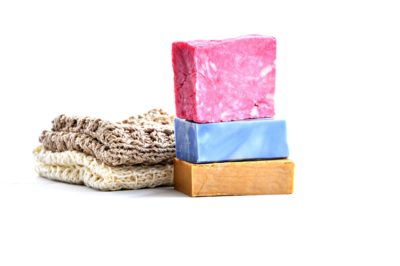 Washing hands. Some Presbyterians aren’t comfortable having their feet washed by others, even in non-pandemic times. So some pastors will invite people to participate in a ritual of hand washing instead – with members of a family washing one another’s hands in virtual worship, or people symbolically washing their own hands as part of a group during a virtual service.

Some do it at the end of the service, but one pastor suggested doing hand washing at the start — saying that doing so as the service begins might have a particularly profound meaning in this year of grief and loss.

Imagination. One pastor said at her small church, which is meeting in person and has the ability to social distance in the sanctuary, she will write out the stories of individual participants in the Easter story (such as the disciples, Mary Magdalene. Mary the mother of Jesus, Peter and Judas) and place them at individual seats in the pews. Each story will come with a question for that person to pray about at the end.

Others suggested that people be encouraged to use a technique from Ignatian spirituality called imaginative prayer: read a Gospel story and imagine oneself as a character within it. Here are some examples: an imaginative prayer exercise for Maundy Thursday based on the John 13, and another for Good Friday, both of which could be done communally as part of a virtual service or small group gathering.

Stripping the table.  The Building Faith website at Virginia Theological Seminary suggests a communal exercise asking people to strip a table at home — similar to the ritual of stripping the altar at church.

Drama. Some churches dramatize the story of the Last Supper and Jesus in the Garden of Gethsemane — sometimes using monologues that tell the story from the point of view of a particular person, such as one of the disciples. Here’s a video example from a Lutheran church.

Presbyterian minister Elana Keppel Levy, co-pastor of Trinity Presbyterian Church in Bixby, Oklahoma, has written scripts for several plays for Holy Week and posted them on her website So Much Bible! for others to use, free of charge. The plays have small casts and would be “easily adaptable to in-person, streaming or pre-recorded worship,” Levy wrote on Facebook.

Here are the links to Levy’s scripts:

Drive-in. Some are planning drive-in services — with parishioners bringing their own communion elements and sack lunches.

Dinner. One pastor said her congregation is having Maundy Thursday “dinner together” virtually.

“Community bread makers are making bread for every household and it will be delivered during the day and we will share very simple communion liturgy and last supper story over dinner on Zoom,” Shawna Bowman, pastor of Friendship Presbyterian Church in Chicago, wrote on Facebook.  “On Friday we’re dropping a Good Friday YouTube playlist with 6 vignettes that tell the passion narrative through song and meditations that folks can listen to throughout the day or all together.”

She also wrote: “Due to new folks joining us online from multiple states, I’m looking into both shipping and local to them bakeries for bread options. #EveryoneGetsFed.” 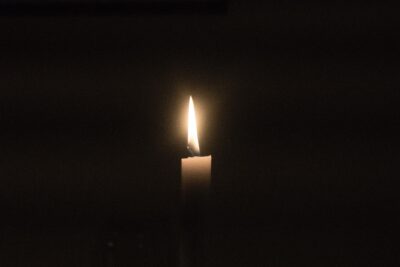 Darkness.  The basic approach is this: On Zoom, only the faces of the presenters in the service are shown. Each person doing a reading has a candle, and blows it out when the reading is complete — so at the end, all the Zoom boxes are dark. Worshippers watching are encouraged to have their own candles, and to extinguish them at the end as well.

Pro tip: based on last year’s experience, one pastor suggested that as readers snuff out their candles, they “then put a piece of paper or something over their cameras (not ‘stop their video’ because we didn’t want photos or names showing) and it was very effective.”

Virtual Stations of the Cross. Here’s an example of an approach used in 2020 by Village Chapel Presbyterian Church in Charleston, West Virginia, with art curated by Amy S.W. Parker, minister of education and the arts. And another from Valley Presbyterian Church  in Green Valley, Arizona.

Tell the story. Casey Wait, a Presbyterian minister and storyteller, some years ago created a video of children and adults telling the Easter story from Mark’s Gospel. That video is available online, and is marked “permission granted to use in your worship service.”

PC(USA) service. The Presbyterian Church (U.S.A.) is offering an online Easter service, with music and Scripture readings in Spanish, Korean and English.  J. Herbert Nelson, the PC(USA)’s, stated clerk, will offer the opening prayer, and Diane Moffett, president and executive director of the Presbyterian Mission Agency, will preach. The denomination says the service will be available for streaming or download by March 29. 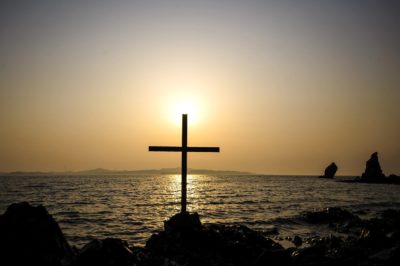 Sunrise service.  Some are planning early services outdoors, with the following twists:

Flowering of the cross. Some congregations practice the tradition of affixing live flowers to a cross for Easter (typically, stick the stems of the flowers into chicken wire wrapped around a wooden cross). With COVID-19, some churches are moving that tradition outside and inviting people to drive through or drop off flowers to be added. 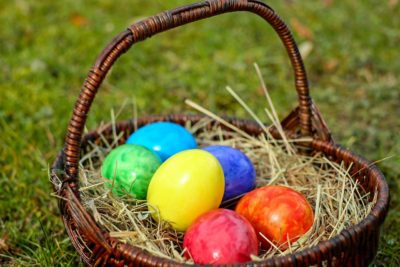 Easter egg hunts. Some congregations are doing Easter egg hunts outdoors, socially distanced, with registration required. And don’t forget the virtual Easter Egg hunt — such as this one, back by popular demand, at Morningside Presbyterian Church in Atlanta.

Outdoor worship. Some congregations plan to worship outdoors. Depending on the context, those plans may include advance reservations, plans for social distancing, prayers for good weather and a solid Plan B.

A breather. Recognizing that many pastoral leaders essentially run a marathon during Holy Week, U Kirk Greensboro is offering a virtual service that congregations can use on April 11 or 18, the Sundays after Easter, recorded by students. To learn more, click here.

The Presbytery of Chicago also has posted a video worship service for congregations to use on a Sunday this spring, following Easter, so that congregations, worship leaders and musicians might take a break. Laura Mariko Cheifetz, assistant dean of admissions, vocation and stewardship at Vanderbilt Divinity School, preaches a sermon based on Philippians 1:3-11.