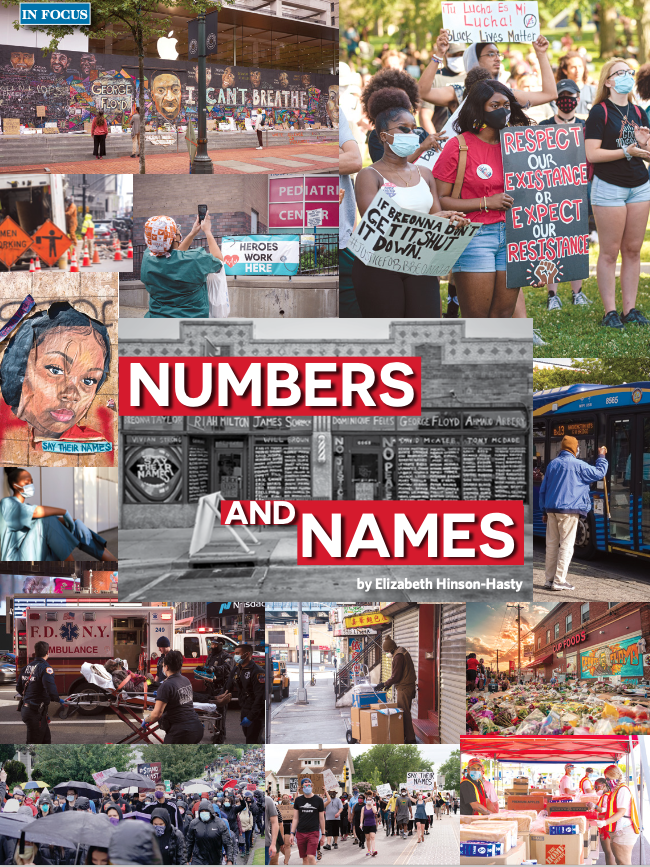 In Louisville, Kentucky, our year began on March 13. That evening the police fired 32 bullets into an apartment where Breonna Taylor and her boyfriend, Kenneth Walker, awakened too slowly from their sleep to answer the raiders at their front door. Six of those shots pierced into and tore open Breonna’s dark brown flesh, forcing her to the ground. Kenneth lay in terror on the floor nearby listening to bullets fly and watching red blood pool beneath Breonna’s body.

The color of your skin doesn’t matter — we all bleed red.

In the aftermath of the raid, police arrested Walker. He didn’t understand what was happening. Video taken from police body cameras shows that, following instructions from the police, Walker knelt on pavement in the parking lot, his hands behind his head, asking, “What’s going on?” and repeatedly, distraught, “What did I do?” A police officer asked, “There’s somebody in there dead?” and Walker responded, “Yeah, my girlfriend,” saying she was lying on the floor in the hallway. EMS dispatch logs show that at least 20 minutes ticked off before paramedics or police checked on Breonna.

In a later interview, Walker described the chaos at the police station: “I’m yelling “Help!’ because she’s right here bleeding and nobody’s coming. I’m just confused and scared. I feel the same right now.” This was much more than a “knock and announce” gone horribly wrong.

Almost immediately, people across the city took to the streets, lifting up pictures of Breonna Taylor and chanting, “Say her name!” Major thoroughfares became channels for demonstrators to walk out their protest, to deface and to demand deconstruction of public symbols of white supremacy and to call out police brutality. Helicopters began to whir and hover over our home – from the 9 p.m. curfew through 3 a.m. – just to make sure we were “woke” to our collective failure to renounce the evils of racism.

Announcements made on March 25 by Kentucky Governor Andy Beshear briefly interrupted the demonstrations across the city. From that date through the summer, we gathered as a family at 5 p.m. to listen for the increase in cases and to hear the governor read the names of people whose lives were cut short by COVID-19 as well as those of survivors. The governor’s daily report provided an opportunity for Virginia Moore, the governor’s sign language interpreter, to teach us how to sign: “We can get through this. We can get through this together.” We imagined a generation of children in Kentucky named Andy and Virginia.

On March 30, the “Healthy at Home” mandate became much more real. Schools zoomed to online teaching and restaurants and bars closed while grocery and liquor stores stayed open. Almost instantly, social unrest and the threat of disease reminded us who the essential workers really were. In my household, the stay-at-home orders forced us to start counting the days. Walking and running in the city’s parks became a means of escape and the rhythm of my feet a reminder of normalcy and freedom. That is when I began to average 121,517 steps a week.

By May 25, the days of demonstration in Louisville and around the country lengthened and the crowds grew as we witnessed the brutal abuse of George Floyd that led to his death. We couldn’t catch our breath as we watched over and over again the video of his arrest. His name became familiar in my home and in other households across the country. One of the marches in Louisville ended near our street, where some neighbors participated while others, walking their dogs, witnessed a standoff with the police. Officers wearing riot gear announced that demonstrators gathering should disperse and warned that tear gas might be deployed. Tension was palpable. After about 10 minutes, an ice cream truck playing carnival music on a loudspeaker disrupted the scene, and we returned to our daily lives.

For the next four months, one of the most contentious elections that I have ever seen consumed the nation. Two hundred seventy, the electoral votes needed to win the presidency, became the most important number to keep in our minds. Name-calling, gaslighting and finger-pointing become distractions from creative proposals being made for change. We sat in awe watching the terrorist attack on the Capitol on January 6 and felt the ripple effect of the anger displayed in Washington as Richard Barnett perched his black boots on Nancy Pelosi’s desk.

Finally, January 20 arrived. I received several text messages from friends that day: “What a relief.” “What a contrast.” “Struck by the right tone … Unifying the nation is an awfully ambitious task, but” – with a nod to Reinhold Niebuhr here – “we have at least restrained the worst impulses in human nature today.” But the COVID-19 death toll on Inauguration Day surpassed 400,000, and the numbers and names continued to haunt me.

I truly don’t know how to grapple with the dissonance of these days. Many public policy proposals will be forthcoming under new governmental leadership that will address significant issues of concern for us as Christians and Presbyterians — initiatives for racial equity, revoking extreme immigration measures and ceasing new construction on the border wall, to name only a few.

But numbers and names are important too. They have a deep theological significance in the biblical narrative and alert us to the reality that we must rely on much more than our political structures to envision and to support a good life together, particularly in the midst of the conflict and chaos we are experiencing.

In Hebrew, the book of Numbers is called רבַּדְמִבְּ (bamidbar), meaning “in the desert” or “in the wilderness.” The story begins with a census of “the entire Israelite community by their clans and their households, recording the name of every male.” Thousands are counted as they go forth to try to take possession of an ever-elusive Promised Land. People who follow Moses into the wilderness seeking freedom from the bondage of empire start to wonder where God is on their journey. Due to impatience and lack of food, some become “hangry” and they clearly name their craving. The most Holy One, who is almost never directly called upon by name in the Hebrew Bible, responds by providing quail to feed them.

The people then move along in their journey and continue to murmur. Several passages in Numbers are part of the murmuring tradition. Some scholars suggest that the murmuring theme is a later addition and could show conflicting loyalties among the people between the Northern and Southern kingdoms, debates about God’s assistance on the Exodus journey and challenges to Moses’ authority as a leader. I don’t personally have a great stake in the historical debates over the origins of the murmuring traditions but find it noteworthy and intriguing that conflicting loyalties and questions about leadership are just as familiar themes in these stories as they are today.

A critical moment in my reading of stories about the ancient experience of wilderness comes when a long list of leaders is named to go forth to explore the land of Canaan to take possession of it. Critical questions are their guide for discovery (Numbers 13:18-20): What is it like? Are the people who live in it strong or weak, few or many? Is the land in which they live good or bad? Are the towns in which they live camps or fortresses? Is the land rich or poor? Are there trees in it or not? What they learn on their 40-day journey is that the Promised Land is actually filled with milk and honey, but powerful leaders also live there and their cities have huge fortifications. Murmuring returns over questions concerning their ability to possess it.

Throughout the stories told in Numbers, we hear about the Holy One engaging in life-provisioning activities. The Holy One reminds the people that the land and its resources are all subject to God’s reign and never fully their own possession. Provisioning for all, particularly the most vulnerable (people in poverty, the stranger, the alien, the widow) are commandments to be integrated into every aspect of their lives: legal, economic and social.

Like other new presidents before him, Joe Biden has spoken a great deal about his plans and the steps he will take to create change within our nation during his first 100 days. As we are now in the midst of those 14 weeks, I urge all of us to focus on more than the public policies that are being enacted, as life-giving as they might be. The numbers and names that we have become so familiar with at this point are reminders of far more than our recent tragedies or triumphs. They provide some directional signs to lead us out of this wilderness and call us to radically reorient our common lives toward mutuality, sharing, reciprocity and provisioning for all. May that be our aim. 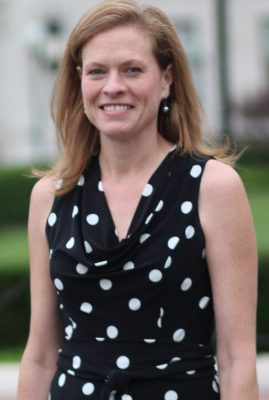 Elizabeth Hinson-Hasty is a minister member of Mid-Kentucky Presbytery and serves as professor of theology and chair of the department of theology at Bellarmine University in Louisville, Kentucky.