Thanks to this week’s guest writer! John Wurster is pastor at St. Philip Presbyterian Church in Houston, Texas. 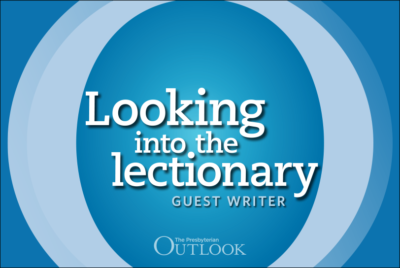 Before we get to Advent, we mark the Reign of Christ or Christ the King Sunday. This day is the culmination of the liturgical year, and it presents a particular challenge for us culturally. After all, we’re not used to calling anyone king, whether it is Jesus or George or Charles or William or anyone in between. My guess is that we don’t really know what we’re doing when we call Christ “King.” After all, we Americans don’t really know what it means to be subjects.

The British, of course, have lots of experience with monarchs. My wife and I lived in London for most of a year when we were first married. As we prepared to depart for England, lots of people would jokingly ask us to give their regards to the queen, laughing at the possibility that we could actually meet Her Royal Highness Queen Elizabeth II. We arrived in London; weeks went by, and you know what? We never saw the queen. Never ran into her on the street, never stood in line with her at the theatre, never encountered her in the market. You’re not surprised, are you? Neither were we. People like us and people like her just don’t go to the same places.

Or that’s what we thought. But it so happened as our stay in London was nearing its end, we learned that the queen would pay a visit to the residence hall where we were staying. The facility had asked her to come to the opening of a new wing. After cutting the ribbon, the queen would greet residents at a reception. The whole place went nuts preparing for the royal visit. Dust that had been settled for years was removed; long tarnished metals were polished; and the residents were instructed how to speak and how to behave in the royal presence. A good bit of time was spent teaching these things to Americans. Friends from England and the British Commonwealth who lived with us in the residence hall already seem to know exactly what to do. The British know what it means to have a monarch; they know what it means to be subjects. When the queen is present, everything changes — behavior, appearance, speech. Everything.

Pontius Pilate also had lots of experience living under the power of a sovereign ruler. The authority over Pilate was the Roman emperor. That’s whom Pilate served and that’s whom Pilate feared. No wonder he is apathetic as the religious leaders bring before Jesus before him. Why, this Jesus is surely no king. Just look at him. And listen to him. Listen to those bizarre words about a kingdom not of this world. Who is this guy? He may be crazed; he may be confused; but he is surely no king. That’s obvious to Pilate. No need to get excited about this Jesus. Why would anyone subject themselves to his rule?

Pilate is convinced Jesus is just wasting his time. Surely, he has better things to do than listen to this so-called king talk about imaginary kingdoms. Lunacy is not a crime, so Pilate decides to let him go. But the religious leaders will not relent. They are threatened by Jesus and the crowds he draws. He’s calling himself a king. Yet he doesn’t conform to their ideas of what a king should be. He speaks of love and service and humility and truth and faith. What kind of talk is that from a king? Pilate is willing to do whatever they want. It doesn’t matter to him anyway. The ruler he serves is in Rome, and this Jesus, this “King of the Jews” is just loony. Sure, we can crucify him. Who cares?

Here is the tragedy of the gospel: Pontius Pilate and the religious leaders are in the presence of Christ the King, and nothing changes for them. They look out for their interests and the interests of the empire. Christ the King comes among them, and they are not any different. Nothing changes. Behavior, speech, appearance. Nothing. It’s tragic.

After weeks of cleaning and planning, our London residence hall was ready to welcome Queen Elizabeth. We gathered in the large dining hall and waited for her entrance. The queen walked in wearing what her advance team described as “afternoon dress.” I was immediately struck by how ordinary she looked. The queen is not a tall woman; she carried her own purse. I was a bit disappointed, after all the hype and the expectation and preparation. She looked so ordinary, so human, so much like any of us. Of course, the queen is as ordinary and as human as any of us. Indeed, we have come to know all too well how human the royal family is.

In the end, human rulers, be they queens or kings or emperors, are not worthy of our ultimate allegiance. Only one is King of kings and Lord of lords. That one is Jesus Christ. 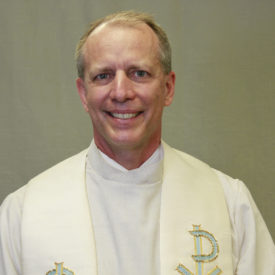