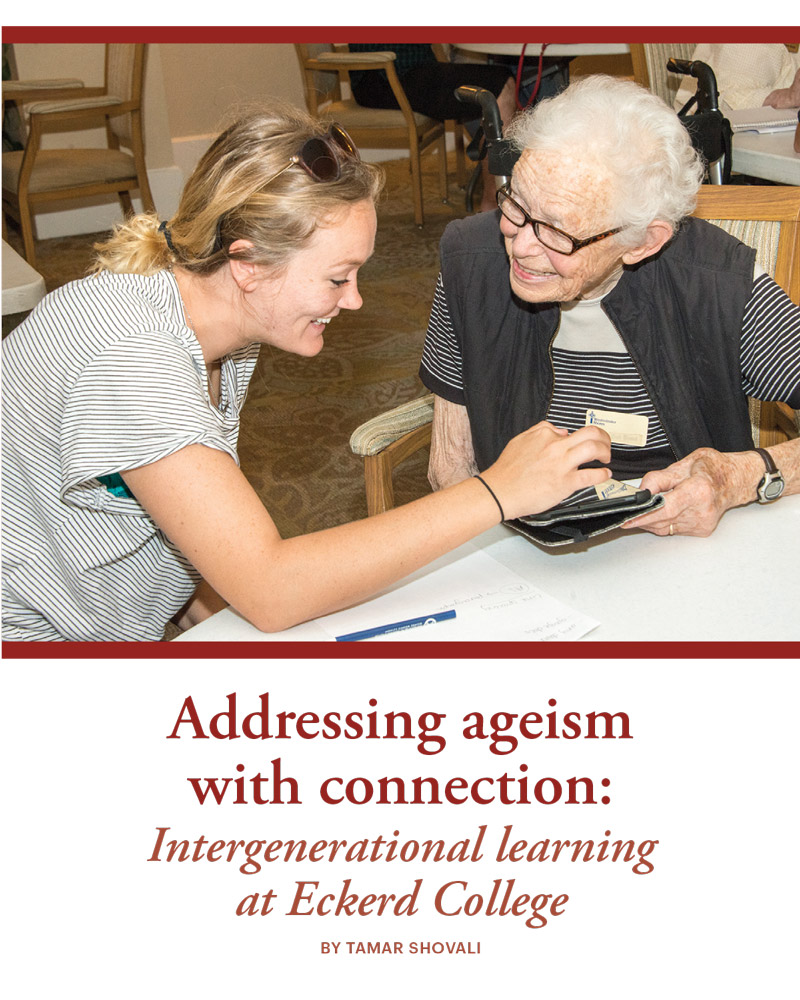 The world is experiencing a noteworthy demographic shift in the percentage of individuals who are 65 years and older. The U.S. Census Bureau projects that between 2015 and 2050 this population of older adults will double from 9% to 17% (or 1.6 billion of the total world population of 9.4 billion).

Challenges in responding to an aging population include outdated, ageist stereotypes that are often subconscious. These stereotypes arise from assumptions that older adults are frail, sickly, depressed and cognitively impaired. According to the World Health Organization’s (WHO) authoritative list of ageist attitudes, five common stereotypes about older adults are that they are past their “sell-by” date, are helpless, will eventually become senile, have less value than their younger counterparts (especially for women) and don’t deserve health care. The WHO responded to this demographic shift in its 2018 report titled “Global Strategy and Action Plan on Ageing and Health,”calling for action to prioritize an age-friendly society to combat ageism.

Higher education has a unique avenue to address this priority: intergenerational programs, which are ripe with opportunities to tackle the healthy aging of older individuals. One such program, MentorUp, has been held for the last four spring semesters at Eckerd College, a globally designated “age-friendly university” in St. Petersburg, Florida. In MentorUp, our students provide one-on-one technology training sessions to older adults. The program started with mentoring AARP community members in 2017, expanded to include continuing care retirement community residents in 2018 and 2019, and in 2021 went virtual due to COVID-19. Connecting older adults to family and friends and forging new friendships with younger generations through technology have been shown to improve a sense of connectedness, reduce loneliness and reduce societal ageism. The program allows older persons to remain meaningfully engaged in community
life — not just through technological connections but also through the intergenerational relationships inherent in the program itself. 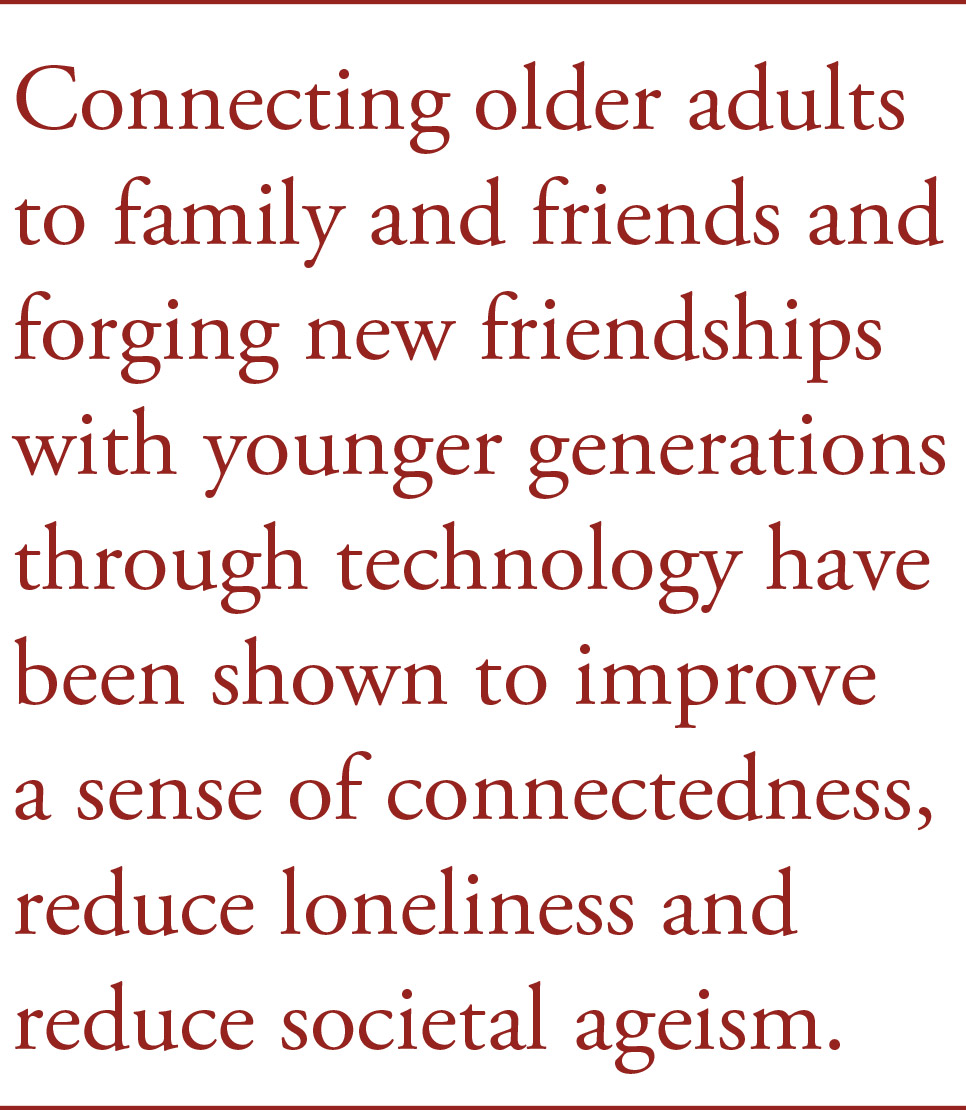 Before undergraduates are involved in any service initiative, the corresponding course must include service programming as an integral component, not an afterthought. Therefore, we took care to provide proper training to students to maximize the impact of their work. Throughout MentorUp class sessions, we have found it vital to teach students the foundations of adult development as well as aging and ageism. Students need to make links to adult learning and older adults’ technology use to balance their service with our classroom learning.

Because debunking stereotypes can decrease ageist attitudes, each lecture begins by stating myths about the topic followed by an active learning activity. For example, ageism is introduced early in the course by referring students to noted gerontologist, physician, psychiatrist and author Robert Butler. In 1969, Butler coined the term “ageism” to refer to discrimination directed toward older adults in both attitudes and behavior. We go on to discuss the ways in which, according to Butler, ageism allows younger generations to view older generations as inherently different from themselves, essentially placing older adults in an outsider group. Students are asked to provide examples from their own lives and to engage in activities to apply this concept. In one lesson, students analyzed greeting cards intended for milestone birthdays (i.e., 16, 21, 50-plus years). The students concluded that younger and older people are viewed and treated differently and that older adults are often made the butt of jokes, as illustrated in greeting cards available in our society.

Throughout the course, faculty must be vigilant to not confirm students’ unconscious negative aging stereotypes, such as “all older people are grumpy” or “older people cannot learn new things.” Additionally, we address at length the phenomenon known as elderspeak in which younger adults automatically speak to older adults more slowly or loudly, shorten sentences, or use limited, less complex vocabulary words.

Following their training in the course, students are expected to organize, advertise and staff technology workshops for the older-adult participants and to log at least 10 hours of reflective service learning. Sessions are advertised as one-on-one assistance from a college student to help older adults with the basics of smartphones or tablets, such as taking a selfie, using Facebook, or downloading apps. The program does not include more advanced or in-depth assistance with computer troubleshooting.

Older adults who participate range in abilities. Some need help refining their use of smartphone apps. Others come to sessions with unopened iPads that they have received from their children during the holidays. Students are prepared to assist adults in this range of abilities, walking them through booting up a new device or downloading an app (like Uber) to their cellphones.

Many heartening interactions have emerged in this program. Upon reflection, students have made connections to course content, built relationships, combatted age stereotypes and recognized the benefits of this training for older adults. Quotes from students include the following:

“Through this session, I learned how beneficial intergenerational interactions are. My mentee sought my opinion on technology because I am a part of the younger generation, and we are assumed to be technologically savvy since we have never known anything else . . . This dynamic of teaching an older individual created a mutual respect between the two of us and made our difference in age almost nonexistent during the session.”

“I learned that it may take older people who [use] technology a little bit longer than my generation to navigate through phones or tablets, but they still manage.” 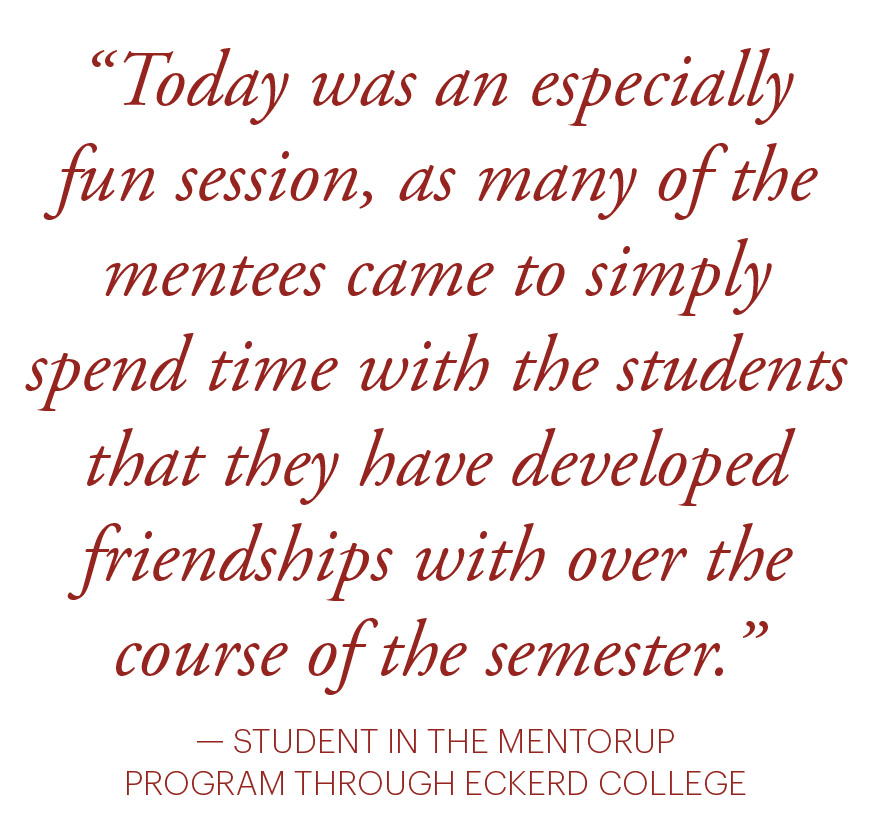 “Today was an especially fun session, as many of the mentees came to simply spend time with the students that they have developed friendships with over the course of the semester … I have loved watching these friendships grow and develop, and seeing [my classmate] with the two ladies she always works with hang out together is a picture-perfect example of the power of intergenerational friendships. Theirs is a symbiotic relationship, with each person learning from the other while also contributing to the friendship … This MentorUp program busts this pity prejudice, as we have been able to see older adults who are so much more competent than we are.”

“No matter what age you are, people have the right to keep in touch with this changing, technological world. In light of this learning, I will continue to maintain an open mind about the people I meet, generational differences, and how to improve perceptions on aging amongst my close circle of friends and family.”

“On my way up the stairs today I received a Facebook message from [my mentee] whom I’ve worked with the past few sessions. It was really great to see her use the skills that I have taught her.”

Ultimately, intergenerational relationships have formed, impacting the students just as much as the older adults who have participated. Students and older adults have developed friendships that extend beyond the days of service, as they learn that they share common interests and beliefs. Some relationships have continued through text messaging well after the program has ended. One student shared with me a text she received from an older adult she met in the program: “Hi [student name] this is [participant name] the lady you helped with my cell phone. Just wanted to belatedly thank you again for your help and I hope you have a great summer.” Overall, intergenerational service learning can improve students’ thinking about their own aging, help students analyze their own and society’s negative ideas about older adults, build bridges between the institution and community and improve communication and relations between generations.

All good courses need a summative final project. For their final integrative project in this course, students work in groups to complete educational videos to support their MentorUp reflections. The result is a messaging campaign to bust stereotypes about aging individuals by redefining what it means to age. This idea is based on Disrupt Aging: A Bold New Path to Living Your Best Life at Every Age — the 2016 book, by AARP’s CEO Jo Ann Jenkins, that began the online #DisruptAging campaign. The goal of the students’ projects is to challenge people to change the conversation about aging and embrace what it means to grow older. The group work encourages students to make their learning personal and to creatively share their experiences in the course. Some groups recruit older adults mentored in the MentorUp program to feature in their films. Students address such topics as avoiding elderspeak, body positivity as we age, and the benefits of intergenerational relationships. Finally, we present the videos to our community partners, acting not only as a wrap-up but also as a celebration of collective work during the semester.

If you would like to bring MentorUp-style programming to your city, consider partnering with a local college or university to bring the work to life and learn the value of intergenerational relationships. 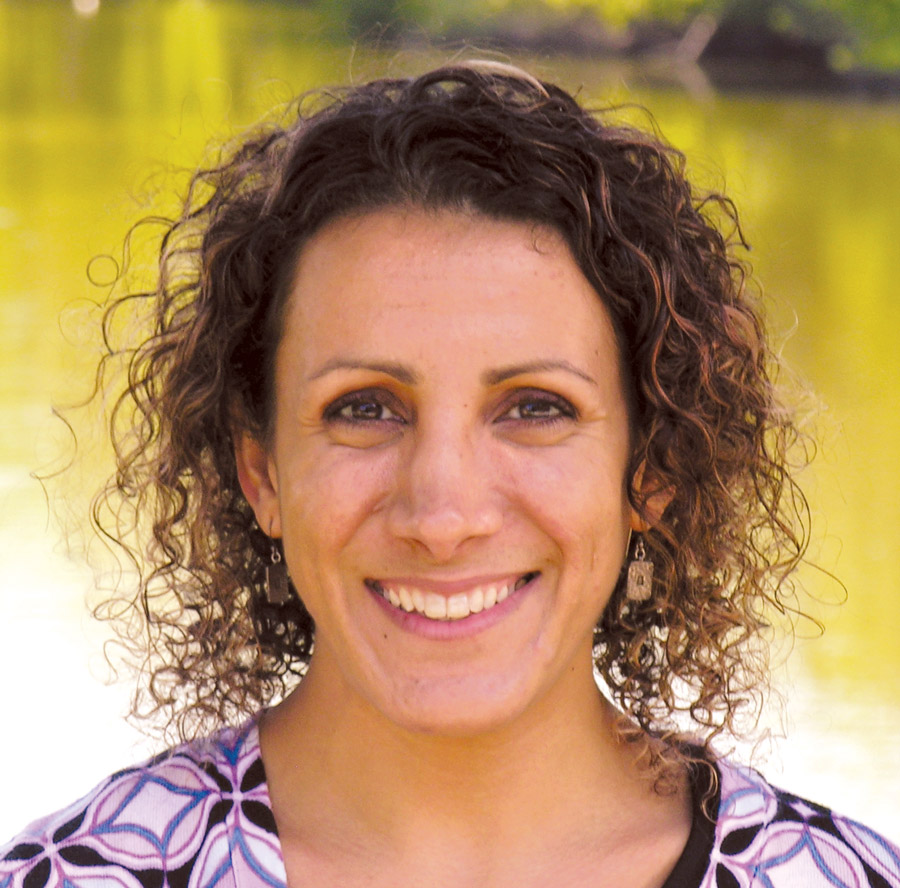 Tamar E. Shovali is assistant professor of human development at Eckerd College in St. Petersburg, Florida with degrees in psychology and gerontology. Her research interests include grandparents raising grandchildren and intergenerational programming.