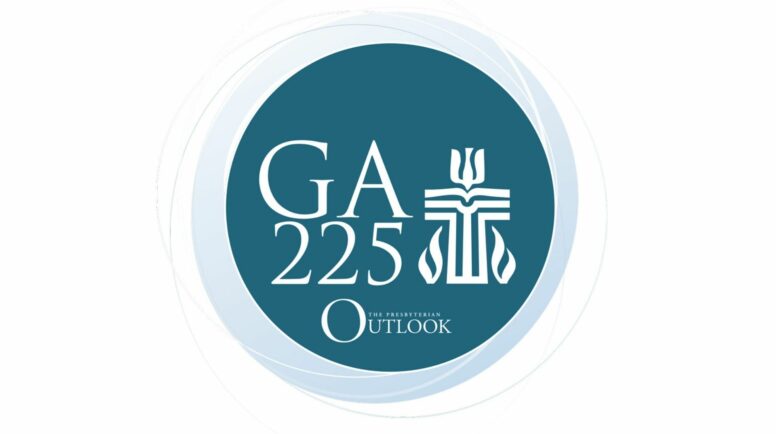 The hybrid 2022 General Assembly of the Presbyterian Church (U.S.A.) – with in-person committee meetings and mostly online plenaries – is just around the corner, with the opening plenary set for June 18.

With so much unrest in the world – the agony of the war and humanitarian crisis in Ukraine, the ever-morphing COVID-19 pandemic, political divisions playing out at school boards and state houses across the U.S. – it feels impossible to say what might take center stage at this assembly. To expect the unexpected might be the safest bet.

The Outlook has already written about some matters this assembly will take up — including recommendations regarding climate change and funding for the national church. But here’s a collection (although not a comprehensive listing — that can be found at PC-Biz.org) of some other issues this assembly will take up, leaving space on the playlist for the assembly’s creativity and improvisation

Ecumenical statements. The General Assembly Committee on Ecumenical and Interreligious Relations is asking the assembly to receive and distribute to the church a study document on antisemitism and Islamophobia — the result of work a writing team has done over the last four years. The study document builds on the “Interreligious Stance” approved by the 2014 General Assembly and addresses violence and hatred against Muslims and Jews and the role that Christians have played in that wrongdoing.

“The fear felt by our Jewish and Muslim siblings in the face of unchecked antisemitism and Islamophobia in our time is real, and both have historical roots in Christianity,” the rationale for the study document states. “When Christians do not know the antisemitism and Islamophobia woven into our history, we are unable to come to our Jewish and Muslim siblings with repentance, and seek repair for this history.”

These ecumenical statements tie into a broader dispute involving statements that J. Herbert Nelson, the PC(USA)’s stated clerk, has made in recent months involving Israel and Palestine. Nelson characterized Israel’s occupation of Palestinian lands as “21st-century slavery,” and his remarks incensed some Presbyterians and Jews, who called Nelson’s statements antisemitic and said they have hurt Presbyterians’ interfaith work in local communities. Other Presbyterians contend Nelson was right to call Israel to account for its treatment of Palestinians.

Issues involving Israel-Palestine are likely to rise up in a number of places at this assembly — for example, an overture from Grace Presbytery asks the assembly to “recognize that Israel’s laws, policies, and practices regarding the Palestinian people fulfill the international legal definition of apartheid.”

Some commissioners angered by Nelson’s statements may also want to raise the question of whether there are – or should be – stricter limits on the extent to which the stated clerk can speak for the PC(USA).

Racism. This assembly has a committee dedicated specifically to issues of race and gender justice.

One significant report comes from the Special Committee on Racism Truth and Reconciliation, which was created by the 2016 General Assembly with a mandate to “listen to the voices of those long silenced” regarding racism and oppression within the PC(USA).

Among other things, the special committee’s recommendation calls on the 2022 assembly to convene a new committee to “explore and expose where White supremacy institutionally and foundationally” in the PC(USA), and to examine the actions that previous assemblies have taken regarding racial equity, racism and White supremacy — to see whether and how those recommendations have actually been implemented, to identify the impediments that have gotten in the way, and to come up with strategies for overcoming that resistance.

The report states that “we witnessed a disturbing pattern in the PC(USA) of giving platforms to Black/Indigenous/People of Color that are swiftly ignored. As a special committee, we are wearied at the prediction of sharing this cycle: mobilizing a small group to ‘fix racism,’ proclaiming findings, celebrating the report, followed by prompt institutional amnesia until a new group is created.”

Other recommendations seek to have the PC(USA) apologize for its role in the nation’s racist history. They include:

An overture from the Presbytery of Giddings-Lovejoy asking the assembly to “offer an apology to African Americans for the sin of slavery and its legacy, and to adopt a litany of repentance.

A recommendation from the Advisory Committee on Social Witness Policy asking the assembly to create a task force on Reparative Justice and the PC(USA).

And some business items focus on matters relating to women of color. They include:

A report from a task force examining disparities experienced by Black women and girls.

A recommendation that Presbyterians work to hold federal and state authorities accountable for failing to seek justice for missing and murdered Indigenous women and girls.

A recommendation that the Presbyterian Mission Agency work to bring attention to the “disproportionately large number of black women and black infants who have died due to racial disparities in their healthcare.”

Gun violence. Another General Assembly committee will focus on violence in the United States – including issues of bullying, polarization and gun violence.

An overture from the Synod of the Covenant asks the assembly to direct the Presbyterian Mission Agency to advocate for universal background checks for firearms purchases, a ban on the sale and ownership of assault weapons and large-capacity magazines, and red-flag laws that would allow a court to remove weapons when a person shows signs of impending violence.

The Advisory Committee on Social Witness Policy wants the assembly to approve a 10-year campaign, the “Decade to End Gun Violence,” from 2022 to 2032, “to be conducted at all levels of the church.”

New confessions. At least three recommendations ask the 2022 General Assembly to appoint a committee to write a new confession for the PC(USA).

One, from the General Assembly Committee on Ecumenical and Interreligious Relations, speaks of the need for the denomination to have a new confession that “speaks directly to the North American situation. At least since the arrival of Christopher Columbus and the promulgation of the Doctrine of Discovery, the Western Hemisphere has not experienced a single day free from the sin of racism. … In order for the PC(USA) to respond to the call of God with humility and intention, it is incumbent upon us to investigate the extent to which our own institutions and common life have benefited from the sins of racism and racialized supremacy.”

A second, from the Presbytery of Arkansas, asks for a new confession to be written to consider matters of theological anthropology including this question: “What does it mean to be human in the 21st century?”

And a third asks for study of a proposed new confession, with the title “A Confession for Such a time as This,” written by young ministry leaders from the Synod of the Northeast. Among other points, that proposed confession rejects “the twin heresies of white supremacy and racism,” the sins of gender discrimination and xenophobia, and “the greed of corporate capitalism.”

International issues. Presbyterians are raising concerns about human rights and justice issues around the world — calling on the PC(USA) to use its voice and influence to support the disenfranchised. Recommendations coming to this assembly include:

A call for the PC(USA) to support U.S. efforts to provide humanitarian support for sub-Saharan Africa, and particularly to support work towards peace in the Democratic Republic of the Congo;

A call to support work for human rights in the Philippines, including asking the government there to “affirm the lives and human dignity of the urban poor, farmers, and indigenous peoples of the Philippines”;

A request that the PC(USA) urge the U.S. government to support a peaceful solution to violence and civil unrest in Cameroon;

Proposals for how the PC(USA) can “respond to the suffering of the Syrian people,” by working to end sanctions, promoting reconstruction, and more;

A call for Presbyterians to support the Korean Peace Appeal.

Many of these overtures were submitted before Russia attacked Ukraine — so whether or how the assembly might be asked to address that conflict is not yet clear.

Equity. The LGBTQIA+ Advocacy Task Force is recommending that the assembly create a new LGBTQIA+ Equity Advocacy Committee as a permanent committee of the General Assembly. The task force found that equity issues continue to be a concern, both in the church and society.

“Healthcare continues to be an issue not only in the continued battle against HIV but for the transgender person seeking care for the transition process,” the rationale for the recommendation states. “As LGBTQIA+ couples marry and make plans to start families, they face issues that many can’t even begin to understand, including those related to housing, legal adoption and guardianship, and general safety. Legal discrimination continues in the workplace, and it, unfortunately, remains a factor in the call process within the PC(USA).”

Family leave. The Family Leave Policy Task Force is asking the assembly to approve a proposed amendment to the PC(USA) constitution. That amendment would require that the minimum terms of call for ministers include 12 weeks of paid family medical leave, which could include leave taken after the birth or adoption of a child, to care for an ill or disabled family member, or “to heal following a loss or tragic event.”

This recommendation for family leave would only apply to called and installed PC(USA) ministers, not other church employees, although the rationale states that “the task force would urge the adoption of this same provision of care for all PC(USA) workers.”

Congregations of color. Increasingly, the PC(USA) is becoming a denomination of small congregations, some of which cannot afford to pay a full-time minister. The Racial Equity Advocacy Committee (REAC) has submitted a recommendation asking the assembly to consider particularly the implications of the lack of installed pastoral leadership in many congregations of color.

Other recommendations raise the question of whether polity changes might be possible, particularly regarding the ordination and role of ruling elders, to somehow give immigrant congregations and new worshipping communities, many of which do not have PC(USA) ministers as leaders, a pathway for participating in the decision-making structures of the denomination.

Standing rules. The Committee on the Office of the General Assembly (COGA) has proposed a series of changes for how the assembly conducts its own business. Among them:

That all reports to the assembly (except those from the Presbyterian Mission Agency) would be limited to 5,000 words.

That meetings of the General Assembly could be conducted in person, electronically, or by a combination of both.

Another question this assembly will consider: where and how will the 2024 General Assembly be held? Will it be in-person in Salt Lake City, where contracts have already been signed? Some sort of hybrid assembly? Completely virtual?

COGA is planning to have conversations with Presbyterians around the church this spring about the possibilities, likely using that feedback to shape a recommendation — taking into consideration such concerns as fiscal responsibility, technological possibilities and the importance of building relationships in a connectional church.

In the end, it will be up to this assembly to decide – on this issue and so many others – what comes next.