When it comes to responding to racism, Presbyterians love to talk and study. They proclaim the need for boldness and change — but often it ends there.

That’s what the Special Committee on Racism, Truth and Reconciliation – created by the 2016 General Assembly of the  Presbyterian Church (U.S.A.) – has come to recognize, and hopes to help the 2022 General Assembly to understand. The committee started with its mandate “to listen to the voices of those who have been long silenced” regarding institutional racism and oppression within the church, said Byron Wade, a minister who serves as general presbyter of the Presbytery of Western North Carolina and is co-moderator of the committee, along with Marta Pumroy, a ruling elder and teacher from Cedar Rapids, Iowa.

What committee members heard, when they convened listening sessions, was frustration from people of color not necessarily of having no voice, but of repeatedly calling for justice and action and not being heeded by the PC(USA).

“The feedback that we received was so stark and so clear, that it really caused us to take a step back and course-correct,” said committee member Ryan Landino, lead presbyter for transformation in the Presbytery of Great Rivers. “Something we didn’t expect was the resounding, clear voice saying: ‘Why are we doing this again? You’ve already asked us this, for decades, and you’re still not listening.’ ”

Presbyterians of color said they have worked hard to raise issues of systemic injustice and racism before the PC(USA) — including in the “Facing Racism: A Vision of the Intercultural Community” report from 2016 and the report of the Task Force on Reparations in 2004.  Mark Lomax, a pastor from Georgia who served for three years on that task force, said during an August 2020 webinar held by the special committee that while reparations is increasingly being addressed on the national scene (recent examples include a pledge by the Jesuit order of priests to raise $100 million to benefit the descendants of the enslaved people the order once owned, and a $10 million reparations proposal from the city of Evanston, Illinois), the PC(USA) essentially did nothing with the recommendations its own reparations task force produced after years of work. 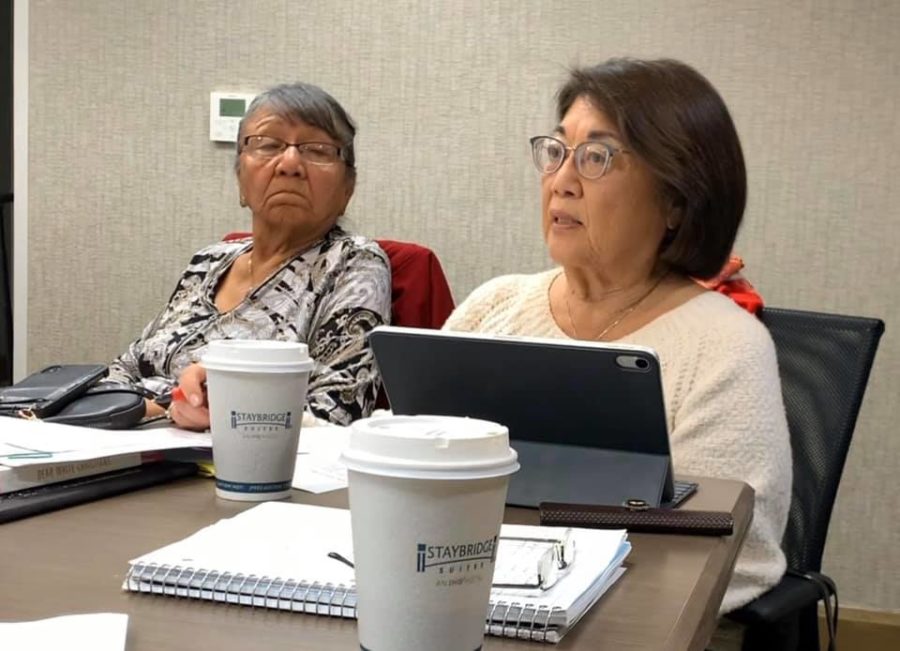 “We’re realizing, more and more, that people have been given a microphone and given a platform — and a committee,” Landino said. In presenting those reports, “they gave that mandate and that work back to us. And then we silenced them, again and again. We are catching these patterns of actions that were resoundingly passed on the General Assembly level, but then just promptly ignored.”

The 2020 General Assembly also gave this special committee additional responsibilities — despite warnings from Denise Anderson, who is coordinator of Racial & Intercultural Justice for the Presbyterian Mission Agency and one of the staff support persons assigned to the committee, that the committee was midway through its tasks and the new instructions would significantly broaden the scope of its work.

Despite that, the 2020 General Assembly directed the special committee to present a report to the 2022 GA “deconstructing white privilege within our own denomination’s (and predecessor denominations’) history of involvement in the colonization, enslavement, oppression and genocide” of Black, Indigenous and people of color. That report also should include “a study of our denomination’s history of prophetic witness, resistance and abolition, and make recommendations towards proposed amends, reparations and reconciliation.”

The special committee started off as a commission, but the 2018 assembly changed its status to a committee after those trying to make appointments had difficulty finding enough people to serve, so the commission was reconstituted as a committee and its size reduced.

Wade said the action of the 2020 GA to add additional responsibilities presented the special committee with a “wild card’ — “now we’re trying to figure out how we can work that in,” or if it can work all that in, before the committee’s report has to be ready in February 2022, less than one year from now. 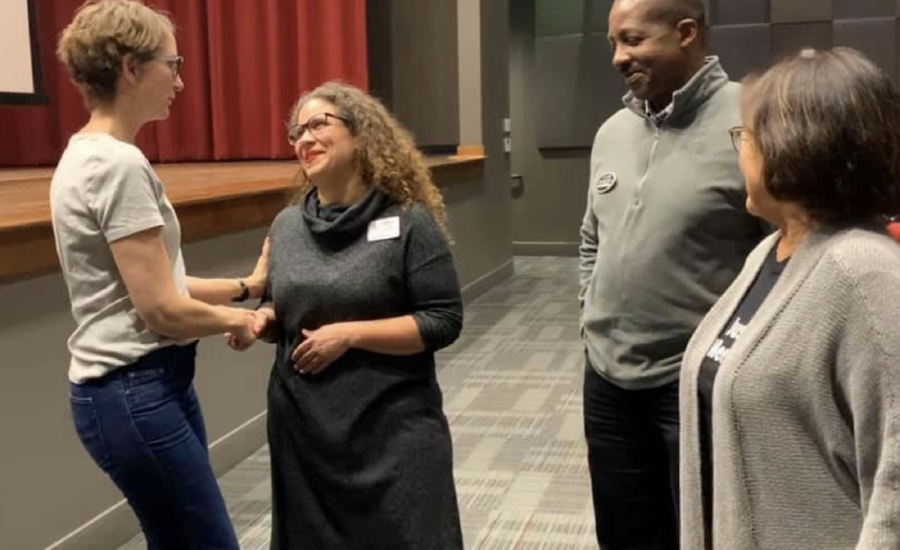 From listening to action

Although the special committee is far from knowing exactly what will make it into its final report, its members have some ideas of things they think will be important to communicate. Some of that is drawn from listening sessions that Landino has been holding with mid councils, trying to learn more about the anti-racism work that presbyteries are doing — and say they want to do more of.

The committee also held listening sessions in 2019 with the National Black Presbyterian Caucus, the Native American Women’s Gathering, and at Big Tent, the  Youth Triennium and the CoInspire Conference at Montreat, before the COVID-19 pandemic shut down in-person meetings. Members of the committee also traveled together to Montgomery, Alabama, in January 2020, to visit the Legacy Museum: From Enslavement to Mass Incarceration and other sites along the Civil Rights Trail. 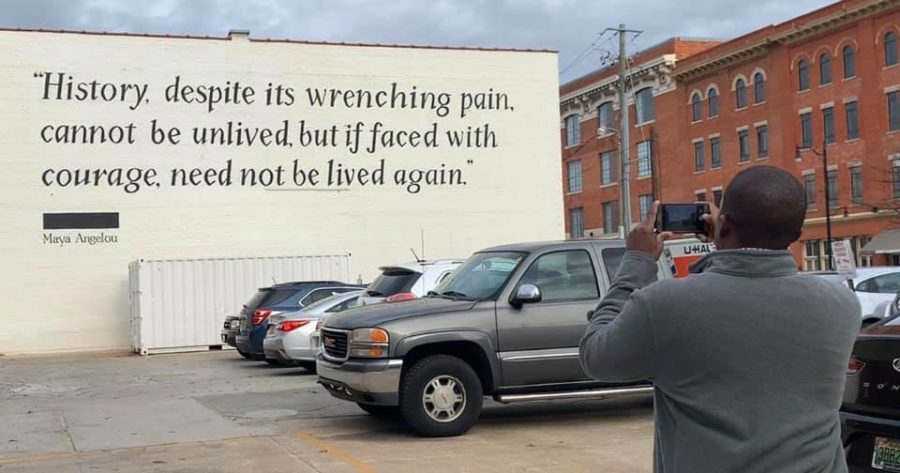 While the pandemic has moved all the committee’s work online, that has also opened opportunities to involve others: including through webinars with Lomax on reparations and with William Yoo, an associate professor of American religion and cultural history at Columbia Theological Seminary, on the role that white American Christians have played in supporting slavery and perpetuating racism.

As the committee moves forward, they hope to in some way challenge Presbyterians to move beyond asking for more reports — and to commit to taking action, including in local congregations.

So why have Presbyterians so often not acted on previous recommendations?

The special committee’s progress report to the 2020 General Assembly described what was experienced in the listening sessions: of “people of color not wanting to share, or being already weary of stories with no action,” and of white people who “often exhibited a kind of excited fascination for the stories of people of color, as if by listening, there may be revealed ‘the answer’ to solving racism.”

The committee asked whether the racial justice efforts of the PC(USA) have built constructively on one another, or whether a pattern needs to be acknowledged of recommendations being made with little follow-through. Does the phrase “the voices of those long-silenced” in the PC(USA) mean those voices were never heard — or that after putting in years of hard work to document patterns of inequity and to call for justice, after even winning General Assembly approval, “they were promptly forgotten and ignored?”

Why has that happened?

“Oof, good question,” Wade said in an interview. “Part of it is, whether we realize it or not, change is hard. And I don’t think that we really in the past have wanted to change. … This is an institution that has been bult through systemic racism, and there are some people who just don’t want to change.”

Over and over, the denomination has asked Presbyterians of color to serve on committees and task forces considering issues of racism. “We keep gathering the same information, we hear the same stories,” Pumroy said. “The history has not changed. The matter of us moving forward is the part that is not happening.”

One reason for that, Landino said, is the PC(USA) is about 90% white — and “a lot of white people in our denomination don’t see this as a white problem to fix.” From their perspective, “the work of racism is for people of color to work out, right? So part of the shift and the challenge is we need to convince the 88% that this is a problem that all of us need to collectively pick up. … This is our problem. White people created it. White people need to fix it.”

Landino also argues that the PC(USA) needs to move from the idea of reconciliation to repair.“We love to study things, and we love to issue proclamations,” he said. “Because it gives the appearance of reconciliation, when we hold hands or we get the photo-op or we pass the motion. We celebrate that. But what is the real repair work that has come out of that? That’s one of the growing themes of our committee — to make the shift from reconciliation to reparation.”

The committee is working to produce an interactive timeline of the resources and reports the PC(USA) has produced on the church’s response to racism, Pumroy said. It has subgroups working on historical and educational findings; structural implications and new awakenings; theology and the Confessions. One of the questions: When a General Assembly passes a policy statement on racism or structural inequity, what are the “landing strips” — the places where mid councils or congregations can grab hold of that work and take the next steps?

How congregations become engaged in the work is crucial.  Some say, “Well, we don’t have diversity. We don’t have people of color in our area,” Pumroy said. “That means they still have work to do. The question is, ‘Why not?’ What has happened historically to make this area or that place to be that way?”

The committee has discussed the idea of local “equity audits,” where congregations or presbyteries would assess and investigate the particulars of how racism has been exhibited in a particular time or place.

“Racism is going to manifest differently in different contexts,” Landino said. “If we’re looking at the last 400 years being a racism kind of highway since 1619 in America, maybe the task of fixing all of it is too much for a small church. But what does it look like on our own mile marker? What are the needs in our community?”

Read the special committee’s progress report to the 2020 General Assembly here and see the committee’s Facebook page here, where announcements of upcoming webinars or conversations will be posted. 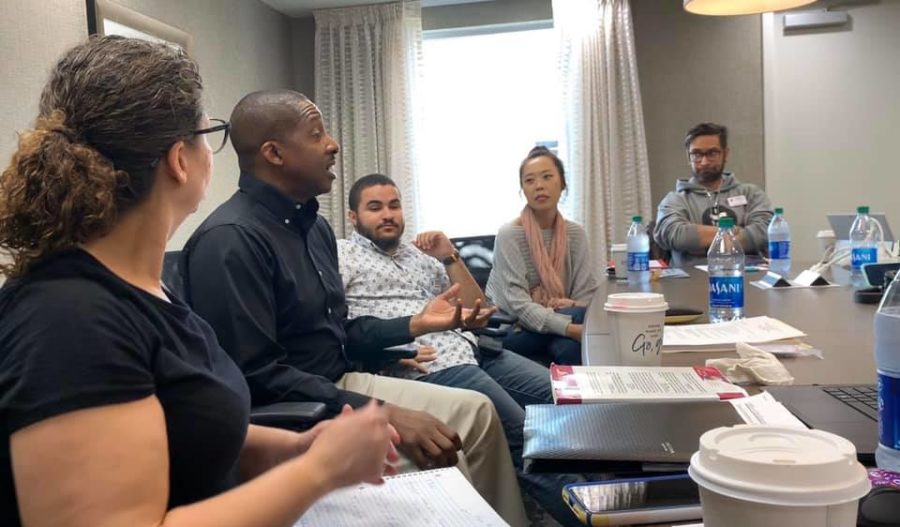