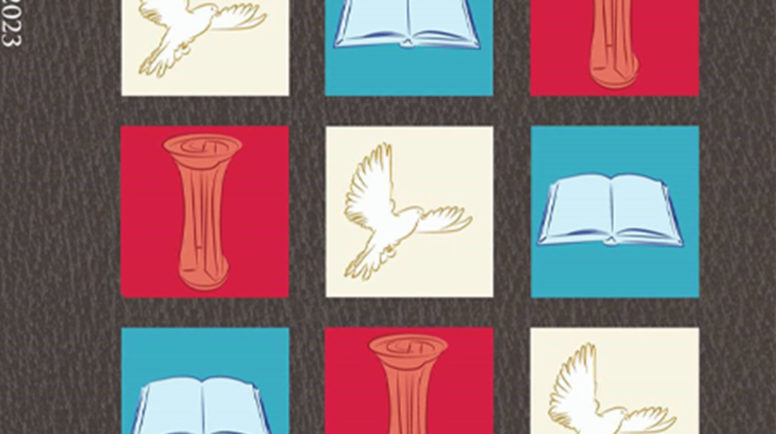 When the 225th General Assembly of the Presbyterian Church (U.S.A.) convenes next month, it will consider the first major revision to the church’s Rules of Discipline since 1996. The document will now be called Church Discipline to signify that it applies only to the internal discipline of the denomination.

If approved, it will mark the completion of a 12-year overhaul of all four sections of the PC(USA)’s Book of Order – Foundations of Presbyterian Polity (2010), the Form of Government (2010), the Directory for Worship (2016) and now Church Discipline.

The Rules of Discipline Task Force (RODTF) was created by the 222nd General Assembly (2016) when it passed an overture from Chicago Presbytery calling for a complete revision of the Rules of Discipline “to make them more accessible to the church, to preserve and enhance the accountability of councils and individuals to the church, to expand the role of mediation and alternate dispute resolution, and to provide flexibility in crafting censures and remedies, particularly in light of recent learnings in ethical and social development and experiments by the secular legal system with alternative sentencing.”

Task Force members believe they have fulfilled the charge given to them. “So much has changed in both the church and society (since the 1996 revision) that we believe one of our major goals has been to restore trust within the PC(USA) community,” said McRight, who has served as moderator of the task force.

All the judicial processes detailed in Church Discipline, Goodwiller added, “are ‘inline’ – organized so that you can read through entire processes without having to jump around all over the section.” The task force has also added “backstory” to many provisions “by incorporating relevant Authoritative Interpretations of the constitution [or] well-established principles that have become standard in the church” into Church Discipline, said Goodwiller. “So the judicial processes are easier to understand.”

The revision was scheduled to be presented to the 224th General Assembly (2020) for action but, along with most business slated for that assembly, was deferred to this year’s 225th General Assembly. That gave the RODTF an additional two years to perfect its work. “Between assemblies and due to the COVID-19 pandemic, we were able to make several revisions that address electronic meetings and which respond to feedback we received from the Advisory Committee on the Constitution,” McRight said.

A new section in Church Discipline explicitly defines the purpose of the church’s disciplinary process as providing “for the accountability of individuals to the church.” Church discipline, says the new section D-7.0101, “is not punishment; rather, it is the exercise of authority given by Christ, both to guide, control and nurture the church’s members and for the constructive criticism of offenders.”

Furthermore, the new section states: “The purpose of the discipline is to honor God by making clear the significance of membership in the body of Christ, to achieve justice and compassion for all participants involved, to correct or restrain wrongdoing in order to bring members repentance and restoration where possible, to restore peace and unity in the body of Christ, and to secure the just, speedy and economical determination of proceedings.”

In ROD-2, a companion recommendation which is anticipated to be controversial, the task force recommends the removal of the five-year statute of limitation to file any accusation. There is already no filing limitation on sexual abuse cases.

The Advisory Committee on the Constitution is recommending disapproval on the grounds that removing the five-year limitation “presents substantial issues of fairness, justice, and lack of due process.” Further, the ACC notes, “the accused’s rights to due process and fundamental fairness also are extremely likely to be negatively impacted by the complete elimination of time limits for filing accusations. With the passage of time, witnesses may become unavailable, memories may fade, and potentially exculpatory evidence may be lost, destroyed, or no longer exist in a format fully accessible with current technology.”

In addition to removing the time limit on filing alleged offenses, section D-7.0201 states that there is also no time limit “to file an allegation that a person who knew or reasonably should have known the reasonable risk of sexual abuse of another … failed to take reasonable steps to minimize the risk.”

And, reinforcing G-3.0109b(6), another new Church Discipline provision – D-7.0302e(2) – provides for “a pastoral inquiry” to complete sexual abuse investigations in cases where the alleged perpetrator has either died or renounced the jurisdiction of the PC(USA). Such a pastoral inquiry would be considered only if the accuser in a case requests it.

“The General Assembly keeps having overtures on this,” Goodwiller said, “so the task force wanted to respond.”

A major new section in Church Discipline (d-7.16) addresses the alternative resolution of judicial cases and introduces the concept of “restorative justice,” which has been a pillar of criminal justice reform efforts in the United States for decades. According to the proposed D-7.1603a.(1), “Restorative justice is a process by which both those alleged to have committed an offense and those alleged to have been harmed seek to restore the wholeness of the Body of Christ.”

The task force surveyed church constituencies early in the process and received more than 200 responses. “We’re not so smart,” McRight mused, “but we had lots of good help.” Additional counsel came from the Advisory Committee on the Constitution, the GA Permanent Judicial Commission, the General Assembly Committee on Women’s Concerns, the General Assembly Racial Equity Advocacy Committee and the Survivors of Sexual Misconduct Task Force and the Presbyterian Church (U.S.A.), A Corporation.