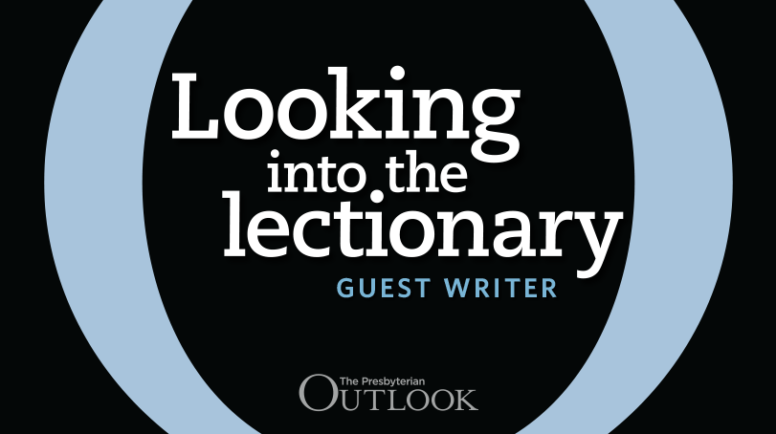 If we don’t have a clear sense of right and wrong, we live without morals. Morality comes when humans wrestle with the difference between good and evil – and seek to choose what is right. But sometimes this is really hard.

When God gave the law, it was to be the foundation of good community. It would instruct God’s people to live as a harmonious, peaceful community, full of the shalom of God. This harmony would stand out against pagan narcissism, individualism and selfish gratification. God’s law defined the nature of the community: farmers couldn’t take the whole crop, they had to leave some for the poor. Laborers, no matter where they were from, couldn’t be worked seven days a week, 24 hours a day. They, too, were entitled to rest. There are plenty more laws where these came from – roughly 611 more – but the long and the short of it is that it was a way of life marked by a clear understanding of right and wrong.

It’s a great plan. But, because of sin and human failing, it didn’t really work out.  So Amos was called to bring God’s word to God’s people. And God gives Amos the image of a plumb line.

Do you know what a plumb line is? It’s nothing more than a piece of string or twine with a weight tied at one end. If you hang the plumb line from the highest part of any wall, it will invariably show the straight path because gravity doesn’t lie. The weight holds the line taut, and it shows whether the bottom and the top and everything in between is holding together.

If the base of the wall and the cap aren’t holding together, there is a problem. If the foundation and the pinnacle are out of whack, the whole thing is going to come down. Speaking about this passage in Amos, James Limburg wrote in his Interpretation commentary, “If a wall is out of plumb, it cannot do the job for which it was designed. Just as a foreman must give the order to destroy such a structure, so the Lord now announces the destruction of Israel.”

Does that sound harsh?

God’s judgment does sound harsh when we consider it apart from God’s saving activity. There is always mercy and goodness with God, but God is also clear that good can’t be bad and bad can’t be good. They aren’t the same thing.

It is confusion about those points that leaves us morally out of plumb. Humans need a moral plumb line.

In my early years of ministry, I might not have said that so plainly. I was so worried about the perceived (and real!) judgmentalism of the church that using words such as morality seemed arrogant to me. When I was preaching in those days, it was all grace, all the time. But there can be a danger to that. Wallowing in grace has the potential to cheapen it if it doesn’t shape how we live. When we pay attention to what God values, we find guidance.

Truth is a moral plumb line.

Equality is a plumb line.

Justice is a plumb line.

Non-violence is a moral plumb line.

And we need these moral plumb lines. Nowhere is that more evident than in Jesus’s well-known, well-worn parable of the distressed traveler, this Sunday’s Gospel passage. Jesus uses the story of the Good Samaritan to lay out a moral plumb line based on the biblical value of hospitality.

Twice, he shows the wrong thing to do — because we need to be able to tell the difference. Then, Jesus shows the right thing to do. It’s simple: the Samaritan cares for the man. We can’t live a human life at arms-length. We need to risk the mess of being part of community, and God has shown us how.

Comfort without challenge is not consistent with the call of Jesus to take up our crosses and follow him (Matthew 16:24-26). But that’s not really all that different from what God has been saying since, literally, day one. Faith is still a call away from narcissistic individualism and suffocating self-interest to an understanding that there are more people on this planet than one. It’s still a call away from selfishness to the knowledge that there’s enough to go around — if we let go of what we have.

The plumb line of faith calls us to genuine community.

The call is real. The needs are urgent. The alternative is bleak. But God’s way is clear, and if we will take it, we get to join in the healing of the world 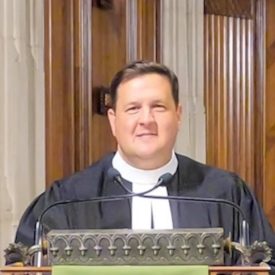 The Reverend Dr. Baron Mullis serves as the 17th pastor of the historic First Presbyterian Church in Philadelphia. His ministry has centered on creating cultures of inclusion and generosity.