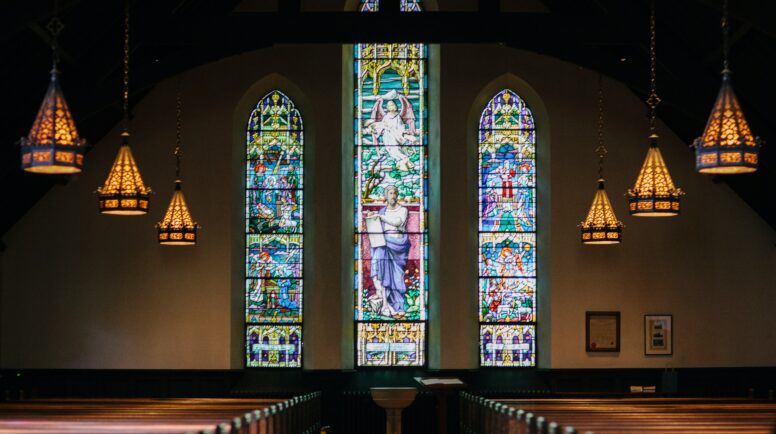 Photo by Karl Fredrickson on Unsplash

Gender discrimination is the form of discrimination most reported in the Presbyterian Church (U.S.A.), followed by discrimination based on age, race, sexual orientation and disability. However, there are rays of hope. First, we are closer than ever before to reaching an equal number of women and men serving as ministers of the Word and Sacrament. And second, less gender bias was reported in 2019 than in 2015.

In 2015, the Racial Equity and Women’s Intercultural Ministries of the Presbyterian Mission Agency, along with the Study on the Status of Women Team created by the Advocacy Committee for Women’s Concerns, partnered with PC(USA) Research Services to conduct research. Their study led to the 2016 “Gender and Leadership in the PC(USA)” report, based on a survey of 2,871 Presbyterians (1,168 members and 1,545 ministers).

In that 2016 report, based on the 2015 data, Research Services predicted that if the increase in female ministers continued at the rate it was going, PC(USA) would reach gender parity among active, nonretired ministers by the end of 2027. At the time, PC(USA)’s number of women among active teaching elders had been increasing by just under one percentage point per year for the previous 10 years. 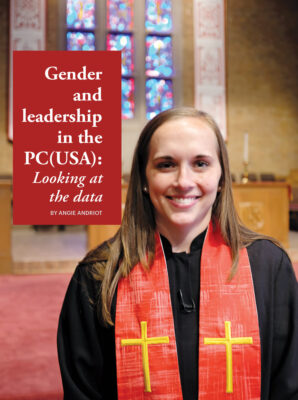 Unfortunately, data collected through the Office of the General Assembly shows that this trend has been slowing since 2016. In the six years since that analysis, the percentage of active, nonretired female ministers has only increased to 42%. In fact, the increase from 2020 to 2021 was 0.4, from 41.8% to 42.2%. Furthermore, if we limit the sample only to those serving a PC(USA) church as pastor, co-pastor, associate pastor, interim pastor, interim associate or in a temporary pastoral relationship, only 38% were female by the end of 2021.

Below is a chart showing the percentage of ministers who identify as female by age (the Office of the General Assembly does not currently collect data on nonbinary ministers). This data from OGA is accurate as of the end of 2020, the most recent year for which we have this particular data.

One might be tempted, then, to think that the gender differences among ministers will “age out,” and in a sense this is true. However, we must also keep in mind that people enter ministry at all ages. In 2021, 30% of active PC(USA) inquirers and candidates were 50 or older (based on data from the Office of the General Assembly). More notably, however, is that we have already had gender parity within PC(USA) seminary education for at least 20 years. In 2021, 55% of active candidates and inquirers were female, and women equaled or outnumbered men in every age grouping. In 2005, 50% of active candidates and inquirers were female.

Comparing reports from 2016 and 2020 conducted by Research Services

In 2019, Research Services conducted another large-scale study of PC(USA) ministers. The 110-question survey was conducted from September to November 2019. 23% of the denomination’s 19,243 ministers
(n = 4,507) responded. This survey culminated in seven reports in 2020, including a “Demographic Report” and a “Discrimination, Opportunity, and Struggles of Leadership Report.”

Reports of men experiencing gender discrimination have also decreased much more significantly. Whereas in 2015, 32% of men reported discrimination, harassment or prejudicial comments due to their gender, only 9% of men responding made the same report in 2019.

The 2015 survey did not include nonbinary as an option when asking for the respondent’s gender. The 2019 survey did, and six individuals identified as nonbinary. Of these, four (67%) reported experiencing gender-based discrimination, harassment or prejudicial statements. These data are not sufficient to generalize to the broader population.

Despite the overwhelming experiences of gender-based bias experienced by female ministers, according the 2015 data from members surveyed, only 59% of female members and 52% of male members agreed that discrimination against women is a problem in the PC(USA). This finding could indicate that, among members, the problem is less pervasive: in 2015, only 30% of women members and 13% of men members reported experiencing gender discrimination, harassment or prejudice.

Once members attain official leadership positions, however, women tend to struggle more than men with issues related to being in leadership. In the 2019 minister study, 58% of women reported difficulty being accepted as leaders because of their gender. Women leaders reported – at a rate two to three times the reports from male respondents – that they personally struggle with every aspect of leadership listed in the survey: acceptance as an authority, inclusion by other leaders, recognition for leadership abilities, not having work validated by others, concerns regarding marital status, offensive comments, loneliness, low pay, and surprise when they tell people what they do. One female minister stated in the 2019 survey that “being a woman in this man’s/male church has been painful in more ways than you have provided space to write.”

Ministers were asked similar questions in 2015, and the gender difference was much the same. The 2019 results revealed no evidence of improvement in gender differences in the issues that ministers deal with. As one woman from the 2015 report described:

Male church members and staff staring at my chest; creepy comments about my personal life (which I keep very private); statements about my clothing (“what do you have on under your robe — a bikini?”); inappropriate touching (lingering hugs, kisses, pats on the behind); requests for dates; notes citing Scripture that say women should not speak in church . . . especially in the six years since I became a head of staff.

However, in the 2019 survey, men and women in ministry reported the same top three issues: low pay, loneliness and surprise when they tell people what they do.

Both surveys also asked whether ministers feel they were ever turned down for a job or overlooked for a promotion on account of their gender. In 2015, 39% of female ministers reported this experience. In the 2019 survey, this number increased slightly to 42% of female ministers. As one woman put it in the 2019 minister survey, she was turned down “because I am a woman who is competent which is perceived as a threat by male colleagues.” Another says, “I’ve had [Pastor Nominating Committees] say to my face that they are waiting to ‘hear from a MAN’ lol. Fingers crossed!”

Most Presbyterian members agree that women should be in leadership, specifically within the role of pastor. In 2015, only 7% of women and 11% of men disagreed that men and women should have an equal opportunity to be a pastor.

This belief, does not, however, lead similar percentages of Presbyterians to believe we need more female pastors. In 2015 only 33% of female members and 28% of male members thought that we needed more female pastors in PC(USA). This finding can indicate one of two things: while members believed in equal opportunity in 2015, they either (1) were not as concerned about equal representation or (2) did not realize that gender disparity already exists among PC(USA) ministers.

Some evidence indicates the former to be true, at least a little bit. The 2015 study found that 2% of women and 5% of men thought men make better pastors; an additional 8% of women and 14% of men felt that women made fine pastors, but they simply prefer a man. Overall, that means that in 2015, 10% of women and 19% of men indicated that they would not be happy with a female pastor.

A woman from 2015 describes her experience:

I’m a female solo pastor, but I have been turned down for interviews for jobs before because the congregation prefers a male pastor. I find this is particularly common in smaller churches. I have members of my congregation who openly say they would prefer a man. I have been heavily recruited for children’s ministry positions even though I do not have the necessary experience. This is often because a well-meaning male head of staff wants to balance their staff with a female perspective instead of picking the best person for the job.

Gender inequality and bias against women are complicated matters and overcoming these issues requires a multipronged approach. Even though we have had equal numbers of men and women in seminary for more than 20 years now, we still have fewer women than men in ministry. One wonders to what extent women are leaving ministry because of their own experiences with bias and discrimination, and how many have left simply because they cannot find a place where they would be accepted. According to the ministers who completed the minister survey in 2019, gender discrimination is the most common form of discrimination that PC(USA) members face. The data show signs of improvement. But we still have a far way to go. 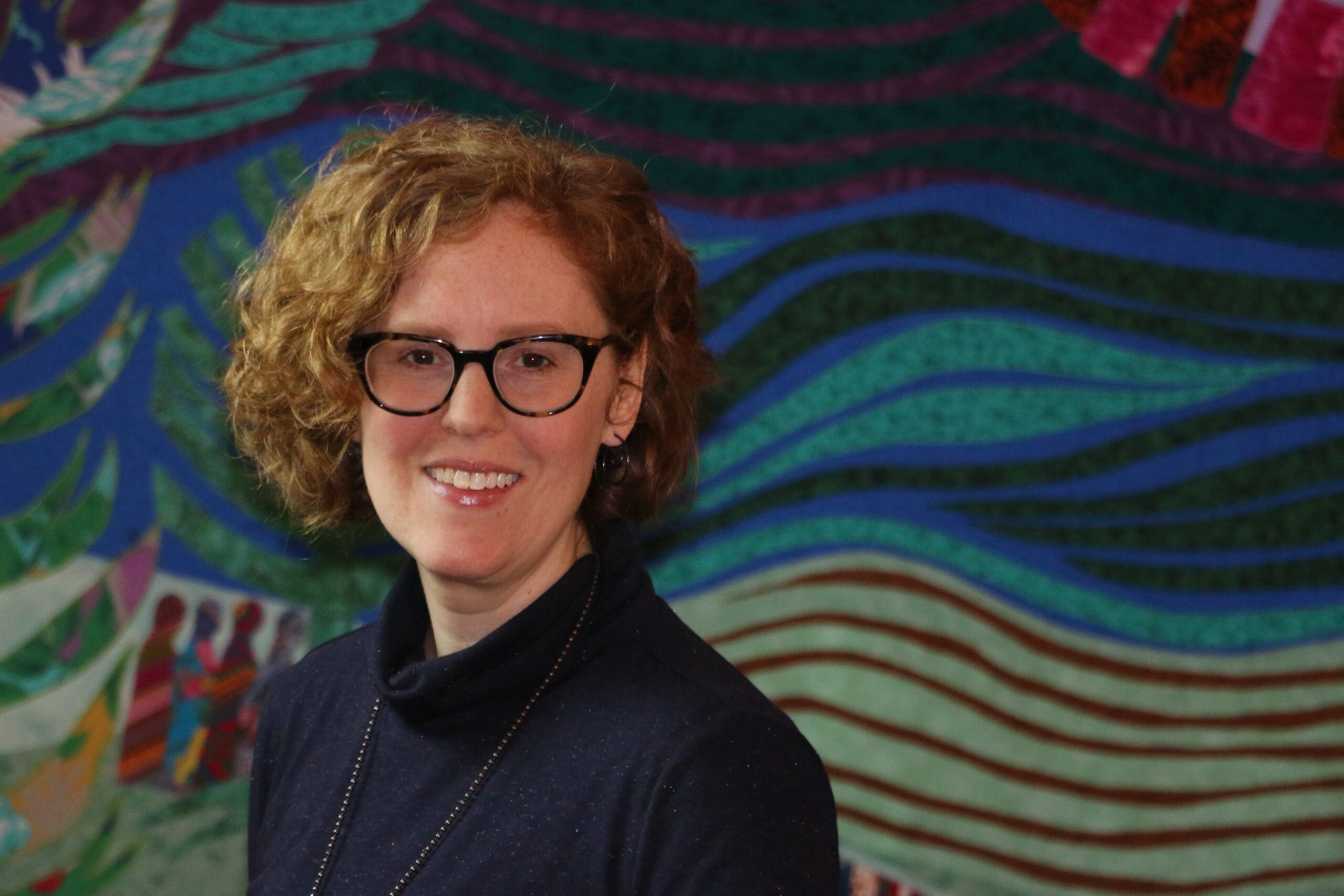 Angie Andriot is a research analyst for PC(USA), where she researches congregational vitality, gender and leadership, congregational mission and new worshiping communities.