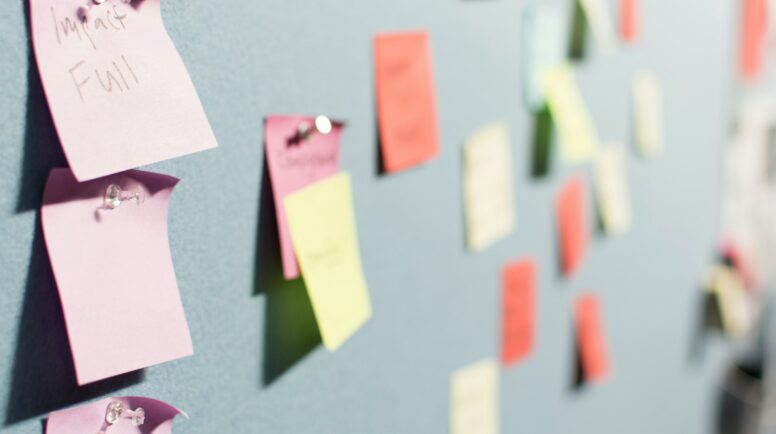 Over and over, Deborah Wright has heard the lament: “Our church is too small. We can’t afford a full-time pastor anymore.”

But Wright, a Presbyterian Church (U.S.A.) minister and a partner along with Jim Kitchens in the consulting firm PneuMatrix, is working to help small congregations and ministers who serve churches part-time to think more creatively and courageously about what’s possible.

On Sept. 22, PneuMatrix and the Synod of the Pacific will host a webinar (free, but registration is required) featuring journalist and United Church of Christ minister G. Jeffrey MacDonald, author of Part-Time is Plenty. The webinar is the next step of a project that began as a pilot project in Presbytery of the Cascades about a year and a half ago — helping small congregations become intentional in determining what they could do well, to dream about what’s possible.

The next step: to connect small churches and part-time pastors from around the country in conversation groups with others exploring similar approaches. PneuMatrix has identified close to a dozen emerging models for ministry that small churches are experimenting with (such as two congregations sharing space in one building), and another 10 or so possibilities for part-time pastors. The plan is to form Zoom conversation cohorts for each of the models for the next nine months, led by church leaders with experience in working with those models.

In doing consulting work around the country, PneuMatrix has run into a church in Pennsylvania and one in Alabama and one in the Pacific Northwest that were struggling with similar issues – they “had a whole lot in common with one another,” but not necessarily with many other congregations in their own presbytery, Wright said. So the Zoom cohorts will be a chance for those churches and part-time pastors to share ideas, experience and encouragement.

In the PC(USA), the issue of supporting small churches is significant – it rose up again and again in discussions at the 2022 General Assembly.

For congregations declining in size, “the point at which a church for the first time can’t afford a full-time minister, it affects their psyche,” Wright said. “They have a sense of failure — that this has happened on our watch.”

In their consulting work, she and Kitchens emphasize “this is not your fault, and you are not alone.”

In reality, the model of ministry in which each congregation has its own full-time, seminary-educated pastor is relatively recent in Christian history. “This post World War II model of expensive, highly-educated clergy who come and pastor a parish church full-time is an anomaly in Christianity,” Wright said.

Historically, it often hasn’t been the norm for Black, Latino and immigrant churches. Wright said she worked with a Black congregation in North Carolina where someone told her: “I don’t know a Black preacher that doesn’t have three jobs.”

Although some small congregations feel discouraged, many also bring real strength to their ministry, Wright said.

“We often found there’s a deep level of engagement of faith work of churches that size, and there are bunches of them that have figured out how to live within their means.” A key difference, according to Wright: “They don’t have an attitude of scarcity.”

The consultants encourage small congregations to think imaginatively – what might the Holy Spirit be up to here? – and to lean into possibilities for shared ministry, rather than expecting a part-time pastor to do all the work.

One example: following the lead of its part-time pastor, Springville Presbyterian Church near Montgomery, Alabama, decided to stream in the sermon from another congregation every other week – freeing up the pastor from sermon preparation to do community organizing.  Using that time, the minister met with the mayor and other town officials, who told him their country town was feeling the effects of urban sprawl — becoming more suburban. The mayor said, “you can’t just let the dogs wander around anymore.” They needed a dog park, Wright said.

The elders realized they had a fenced-in area behind the church that wasn’t being used. They turned it into a dog park and offered a service to bless the animals. What they discovered: “When you invite people to bring their dogs to church,” Wright said, “they come.”

Several states away, Morton Grove Community Church, a small congregation in suburban Chicago, is also learning the possibilities of shared ministry with their part-time pastor Beth Guzman, who works 25 hours a week. Guzman, 41, began serving as their part-time solo pastor in December 2020 — her first call out of seminary, although she had more than a decade of ministry experience before that.

Some of the positives of part-time ministry for her: “It has allowed me to maintain a really great personal life-work balance. … As a parent, I’m able to schedule things when I need to schedule things, and be flexible. I can be there to cook dinner. Those kinds of things that improve my overall sense of well-being, which improves my life as a professional minister.”

Some of the downsides: it’s hard to support a family with less than a full-time salary. And while Guzman is generally good at setting boundaries to make sure her part-time job doesn’t seep into full-time work, it’s sometimes difficult for the aging congregation to navigate questions of changing roles and what the future might bring.

Some parts of shared ministry go well. “My pastoral care team is awesome,” she said. “They’ve been together for decades, they take good care of each other,” with home-bound folks calling other home-bound folks to check in, and people providing rides to doctors’ appointments. Other parishioners have played key roles in strategic planning.

In other areas, however, “their desires far outshine their capacity,” Guzman said. There’s a tendency for a church to want to “do what you’ve always done,” even though that can be difficult with an aging congregation and part-time leadership.

Some parishioners still expect all the pastoral care visits to come from the pastor. A few folks “would just be happy if I went and sat in the church building” so “if anyone wanted to walk in at any time and chat, then I would be there.” Others question: “Is It possible to write a sermon from your house?”

“They just want so badly to stay open as long as possible,” Guzman said. As their pastor – part-time in hours but fully present in these questions – she’ll walk with them as they discern. “I know that God has placed me in this church for a reason. … We need to learn to trust each other that we’re doing the best that we can.”