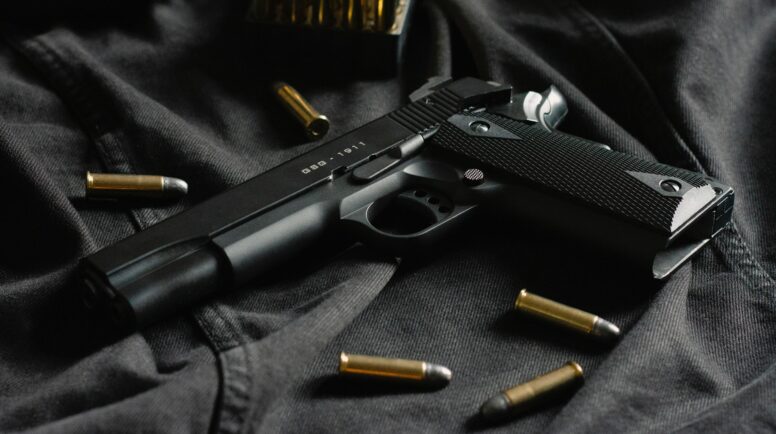 What should the Presbyterian Church (U.S.A.) policy be about investing in companies that manufacture or sell guns or ammunition?

But a commissioners’ resolution presented at the 2022 General Assembly asked the PC(USA) to go further — to say the denomination would not invest in firearms and ammunition because “the nature of the enterprise is judged to be fundamentally and irretrievably incompatible with the nature and purpose of the church,” in the same way the PC(USA) refrains from investing in tobacco and alcohol.

The 2022 General Assembly didn’t go that far — but it did instruct the Advisory Committee on Social Witness Policy (ACSWP) to study the issue and come back with recommendations to the assembly in 2024. And the assembly directed the Committee on Mission Responsibility Through Investment (MRTI) to engage with three companies in which the PC(USA) holds investments – Walmart, Dick’s Sporting Goods and Kroger – that sell ammunition and guns that aren’t automatic or semi-automatic.

In the second half of MRTI’s fall meeting, held via Zoom Oct. 20, committee members discussed the implications of the General Assembly’s actions regarding investing in guns — as well as action regarding climate change, reproductive justice and race.

Lindley DeGarmo, MRTI’s vice chair, acknowledged the possibility that a total ban on investing in gun manufacturers could be controversial. “There have to be a lot of Presbyterians out there who would find a total ban on any sort of guns rather draconian,” DeGarmo said.

Rob Fohr, the PC(USA)’s director of faith-based investing and corporate engagement, said that in the General Assembly discussion, people pointed out that many Americans use guns for hunting — their intent is not to take human life.

But the question of how faith-based groups should and can respond to gun violence in the U.S. – beyond just offering “thoughts and prayers” – is drawing increasing attention as mass shootings at schools, grocery stores, concerts, churches, workplaces, and on neighborhood streets continue to take lives, day after day. The PC(USA) has the nation’s first gun violence prevention minister — Deanna Hollas, who pointed out in a Presbyterian Outlook interview that “the places we see the most gun deaths are in the home.”

Mark Douglas, who represents ACSWP on MRTI, said ACSWP met in September and is setting up a subgroup to work on the gun policy recommendation. “You have to be careful about what you’re targeting, and [make sure you are] not target the wrong things, not only for principled reasons but for strategic ones as well,” Douglas said. “This will be on our agenda for every meeting we have going forward.”

Fohr said faith-based groups, led by Catholic women religious, already have made an impact – pushing some companies to stop selling automatic and semi-automatic weapons following the shootings at Marjory Stoneman Douglas High School in Parkland, Florida, on Feb. 14, 2018, in which 14 students and three staff members were killed, and at a Walmart store in El Paso, Texas, on Aug. 3, 2019, in which 23 people died.

Faith-based groups began intentionally buying stock in gun manufacturers and sporting goods stores in order to bring shareholder resolutions — and that public pressure on companies to do something about gun violence is having an impact. A few days after the Parkland shootings, for example, Dick’s Sporting Goods announced it would stop selling semi-automatic weapons and raised the minimum age for gun sales to 21. Since then, Dick’s has increased the number of stores at which it does not sell guns.

Preliminary research has shown that for Walmart and Dick’s, gun sales are a relatively small part of those companies’ business, Fohr said.

And the gun sales at Kroger are limited to sales at a few Fred Meyer stores (a Kroger subsidiary) in Alaska, he said. Kroger announced in 2018 that it would phase out sales of guns and ammunition at its stores altogether. But at those few stores in Alaska, “they sell handguns because of city ordinance,” Fohr told MRTI.

The 2022 General Assembly also took a series of actions on environmental issues — for example, initiating a plan for tracking the carbon footprint of PC(USA) buildings and creating a carbon offset program to counteract the environmental impact of work-related travel for PC(USA) employees.

For a full list of the assembly actions that impact MRTI’s work, click here. Some highlights include:

MRTI has already begun reaching out to seven companies that the assembly instructed it to add to the list of firms with which it will have focused shareholder engagement — a precursor in PC(USA) for any potential divestment recommendations, should that engagement not yield sufficient progress. Those new firms added to the list in 2022 are American Airlines, Delta Airlines, Enbridge, Kinder Morgan, Occidental Petroleum, PPL Corporation, and American Airlines.

And MRTI will reach out to mid council leaders in the presbyteries where those companies are based to keep them apprised of what’s being done, Fohr said.

Also on the radar: a “Just Creation” environmental conference planned at Columbia Theological Seminary for March 16-18, 2023 — with details to be announced. 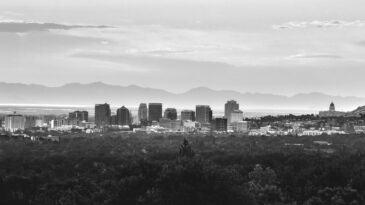