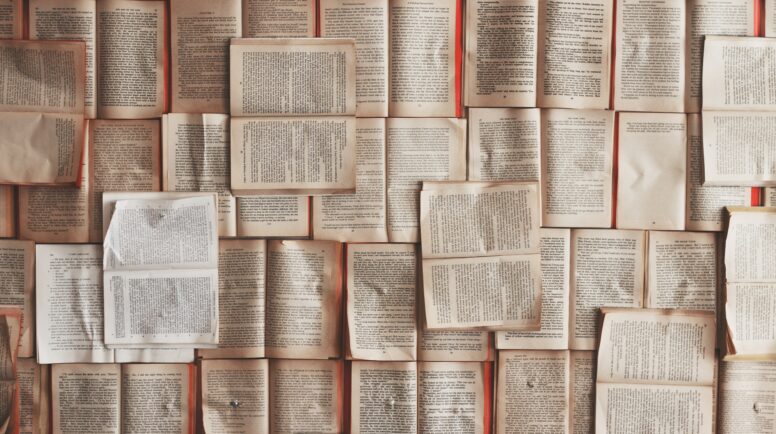 Photo by Patrick Tomasso on Unsplash

Above the entry to one of our student apartment complexes at Austin Seminary, there is a sign which reads, “da nobis praedicatores non odiosis.” This means, in English, “Send us preachers who are not boring.”

The funny thing is, Anderson House is not an old relic of a building built at the turn of the last century, at a time when we might imagine people were more apt to capture wisdom in Latin. It was dedicated in 2009, in honor of the Reverend John and Nancy Anderson. The quote was a favorite of John’s, and although the phrase was proffered in English, the seminary decided to translate it into Latin. The thinking was, as I recall, that we at the seminary didn’t want to put the idea of boring preachers into the head of every passer-by in central Austin. Nor did we want the incoming students worrying about being boring preachers, at least right off the bat. We put John’s appeal in Latin to disguise it, figuring most people would assume it said something academic and erudite, and pass on by. We also knew the students would figure out the ruse and join the conversation soon enough.

The nones call us out

Twelve years later I’d say the cat is now out of the bag on the subject of boring sermons and, for that matter, boring church and boring doctrines. The religiously affiliated, including those labeled nones and dones, brazenly call boringness as they see it, and as they do so they sharpen the tenor of their criticism to declare that the institutional church and its belief systems are not only boring, but also that they are irrelevant and even dangerous.

What specific beliefs do we have, for example, that would help us counsel a Mexican immigrant whose family didn’t make it over the border? How can we celebrate the divine omnipotence, they might ask, while kowtowing this-worldly power-mongers who falsely see themselves as little versions of God? The nones and dones have shown us that our beliefs can be used not only to promote social righteousness, but to camouflage our own hypocrisy.

The New Atheism is a movement that takes the criticism of all things religious one step further, calling everyone who believes in the existence of a transcendent God “delusional.” Founder Richard Dawkins defines a delusion as “a persistent false belief held in the face of strong contradictory evidence.” He goes on to say in The God Delusion, “if one person has a delusion we call it insanity, but if many people have one we call it religion.”

Consider the following excerpt from an interview with Yale happiness professor Laura Santos. Speaking about why people who are members of religious communities are statistically healthier, she postulates there is something about church that functions as “cultural apparatus” for behaviors that foster wellness. We might think this is because you need a rich sense of beliefs — you need to buy into theological principles to get the benefits.” But Santos told The New York Times, “Another [possibility] is that it’s your commitment to these groups that does it, and it doesn’t have to come with a set of spiritual beliefs. But is it the Christian who really believes in Jesus and reads the Bible? Or is it the Christian who goes to church, goes to the spaghetti suppers, donates to charity, participates in the volunteer stuff? Turns out, to the extent that you can disentangle those two, it seems to not be our beliefs but our actions that are driving the fact that religious people are happier.”

But I’m not buying that no one except systematic theologians cares about doctrine, because human beings love, or at least value, stories both glorious and difficult passed down from the past and passed up from the future, in hope. Doctrine is about the story of what it means to belong to God and to one another — a story in which we all participate.

“Would you rather be boring or wrong?” I was once asked, in an interview for a job teaching theology. I responded that I’d rather be wrong than boring because if I aimed at being “right” I would not be talking about God at all because I would have failed to take into account God’s mystery, God’s incomprehensibility. “If you have understood, what you have understood is not God,” I ended with a flourish, borrowing a line from St. Augustine.

My answer, I first thought, was pretty good. But my mind kept working on the question even as I continued with the interview. It finally came to me that I had been tricked. I had been given a false dichotomy. We don’t have to choose between being wrong and being boring because to speak rightly of God is to speak beautifully and truly, never boringly. This means Christian teachings (a.k.a. “doctrine”) should be interesting, beautiful and relevant, too. Yet I see very active church folks rolling their eyes whenever the word “doctrine” comes up. It just sounds dusty, dried up and, archaic, doesn’t it? And “dogma”? Forget about it. But I think the word “doctrine” might be redeemable, and I know doctrines are redeemable — even doctrines like total depravity, substitutionary atonement and election. That is my passion — figuring out and working with others at how and why doctrine is living and relevant to our lives today.

The role of tradition

Interestingly, the religiously unaffiliated have been around long enough that they are beginning to form their own communities of support that, they claim, is not premised in common beliefs. There is one church in London called “Atheists’ Church” where they sing popular songs and read from literature other than the Bible. But they sometimes have trouble shaping rituals because they don’t have a common tradition or text to draw from. If I’m imagining our Outlook audience correctly we’re smiling gleefully under our turned-up collars thinking we’re going to get them (back) to real church one of these days.

Let’s consider, however our own dissatisfaction and concerns about running our lives or our churches with the doctrines of the church always in view. The scary thing is that we can see the damage to the world and to the lives that inhabit it; massive destruction that has been funded by the doctrines of the church. I would also say, very carefully, that some of these are “abuses” of doctrine such as using the doctrine of Christian vocation to keep people from trying to improve their social status or using the doctrine of election to frighten people by making them feel unsure of their salvation.

Sometimes there are problems with the beliefs themselves. For example, most contemporary Reformed theologians reject the doctrine of impassibility, which holds that God is unaffected by anything and doesn’t have emotions. But this picture of God is inconsistent with both the biblical witness and the doctrine of incarnation. Am I boring you, yet? Sorry, I’ll try to spice it up. But I thought you would want to know that we are free to make changes — if we are called to by the Word of God. More on that, next column!

What all this means is that projects related to re-enchanting doctrine must be engaged with eyes wide open to how doctrines have been used for insidious purposes by those with privilege to disempower those with less than themselves. Our goal will be not to retrieve doctrine, to defend it, to prove it or to study it so we can be “right.” Rather, our goal will be to hold these doctrines in our own hands, listen for God’s Word and maybe press on them a little, shaping them into forms that bring new life and wonder. Finally, the point is to come to see doctrine as a living, changing means by which the Spirit joins us with those who came before us – and those who will come after us – in the mystery that is the life of the triune God. 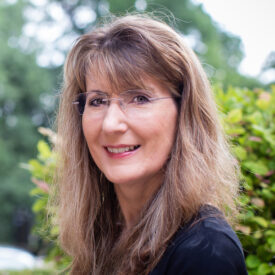 Cynthia L. Rigby is the W. C. Brown Professor of Theology at Austin Presbyterian Theological Seminary. An ordained minister in the Presbyterian Church (U.S.A.), she serves on the board of the Presbyterian Publishing Corporation and was an author of the Sarasota Statement for Next Church (2017).