(OGA) Presbyterian ministers seeking a call will soon find it easier to connect with churches looking to fill positions. Church Leadership Connection (CLC), the Presbyterian Church (U.S.A.)’s computerized database and matching system, is getting an upgrade. The Reverend Manuel D. Silva-Esterrich, manager for call process with the Office of the General Assembly (OGA), says they are focusing on three areas of improvement for now, including automating a number of CLC functions. “People shouldn’t have to wait on staff to utilize the CLC, such as matchings and renewals, if it can be done in an automated format,” he said. “If something needs to be reviewed or the user needs help with it, CLC staff can work with them.” In addition to automating CLC functionality, plans are to expand the database so call seekers can provide more information to churches. “In the current system, there are 30 competencies listed and you have to pick the 10 that best describe you. That can be tough to … END_OF_DOCUMENT_TOKEN_TO_BE_REPLACED

(OGA) Sunday was a special day for Bedford Presbyterian Church in Bedford Village, in northern Westchester, New York. Not only was the church preparing to call a new pastor, but also heard words of encouragement from the Reverend Dr. J. Herbert Nelson, II, Stated Clerk of the General Assembly of the Presbyterian Church (U.S.A.). In a pre-filmed sermon, Nelson reminded the congregation that God makes a way, even in the darkest of times. “The hands that hold us are the hands of God,” said Nelson. “Each day is a blessing when we have another opportunity to breathe another breath of life, not because we deserve it, but because God’s love is so much in the midst of us.” Nelson reflected on the 19th anniversary of the September 11 attacks in both New York City and Washington, D.C. He shared that during the attacks, he was a pastor in Memphis, Tennessee, and found himself watching the national broadcasts at a storefront along with others who, like him, were stunned by what had … END_OF_DOCUMENT_TOKEN_TO_BE_REPLACED

(PNS) Presbyterian Disaster Assistance (PDA) is closely monitoring Hurricane Sally as the slow-moving storm makes landfall in southern Alabama and the western Florida Panhandle. “It looks like it is going to be incredibly impactful, with significant rain, flooding and storm surge,” said the Rev. Jim Kirk, PDA Associate for National Disaster Response. The storm was initially expected to strike around New Orleans on Monday night, but it slowed and drifted east, largely sparing Louisiana and Mississippi. Sally came ashore in Gulf Shores, Alabama, around 4:45 a.m. local time Wednesday as a Category 2 storm with sustained winds of up to 105 mph. The storm is said to moving as slowly as 2 mph, giving it plenty of time to dump feet of rain — Pensacola, Florida, is already reporting 30 inches of rain from the storm. Kirk said that with the storm still raging and difficulties such as power outages, it is too early to begin getting assessments of damage. He said PDA staff is … END_OF_DOCUMENT_TOKEN_TO_BE_REPLACED 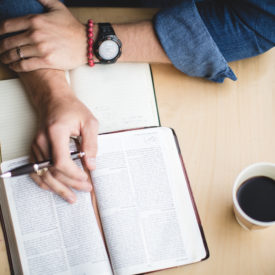 (OGA) Where has your faith journey taken you? My journey has always kept me in the church. As a child, my playtime included lining up my dolls on the couch for Sunday school where I was the teacher, for worship where I was the preacher, and we all sang together. Later in life, I taught Sunday school with real kids, which led me to become a Christian educator, which led me to work for the presbytery as the resource center coordinator and then as their educational consultant and camp coordinator. In the meantime, I completed my presbytery’s commissioned lay pastor (CLP) preparation and have since been commissioned to a couple of churches. Eventually I was called to service as the presbytery’s CLP program coordinator. God leads, I follow. Well, more realistically, God pushes and who am I to say no to God? Over the years, the name of those commissioned to serve in this way has changed: commissioned lay pastor (CLP), ruling elder commissioned to particular service, commissioned ruling … END_OF_DOCUMENT_TOKEN_TO_BE_REPLACED 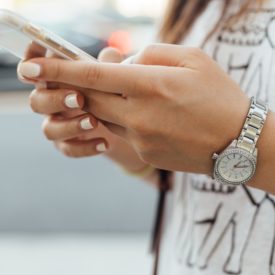 (OGA) An Abuse Prevention Helpline, designed to help Presbyterian churches end and prevent abuse among children or youth, will continue operating for the next two years. The Presbyterian Church (U.S.A.) has extended its agreement with Insurance Board and Praesidium, the nation’s leading provider for abuse prevention. The collaboration between Insurance Board and Praesidium provides Presbyterian churches access to the SafeConduct™ Workbench with tools to cultivate responsible leadership and prevent sexual abuse. The toll-free Abuse Prevention Helpline (866-607-SAFE) was launched in 2016 to give victims and church leaders immediate assistance while also giving churches guidelines and training resources aimed at preventing abuse in congregations. “Parents should never have to fear sending their children to church. For the past four years, the helpline has given church leaders the additional line of defense against predatory behavior,” said the Reverend Dr. J. Herbert Nelson, II, … END_OF_DOCUMENT_TOKEN_TO_BE_REPLACED

(OGA) Standing in solidarity with those who have been impacted by racism and hate is good, but making a real difference will take time, understanding, and some tough conversations. That was the message from Ruling Elder Elona Street-Stewart last week to members of the Wyoming Interfaith Network. The Co-Moderator of the 224th General Assembly (2020) of the Presbyterian Church (U.S.A.) was a guest speaker for the network’s annual conference. The topic of the conversation was “Restoring Hope: Combating Racism Through Interfaith Work.” The conference highlighted diverse voices around issues such as race, equality, religious freedom, the environment, and interfaith cooperation. “My work in the PC(USA) has shown me that we all want to defeat racism, end poverty, raise our children’s children in a world where Black lives matter and treaties matter, where leaders say no to oppressive security and nationalism, where the Earth is protected,” she said. “But in order to build communities, we … END_OF_DOCUMENT_TOKEN_TO_BE_REPLACED